Cubs Fan Yet To Figure Out How To Use A Hat 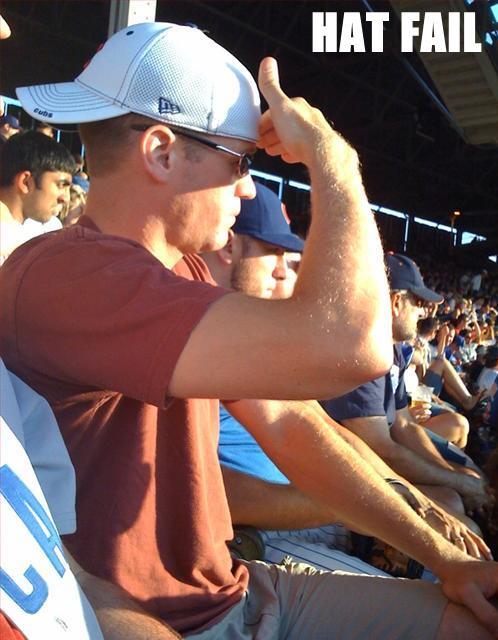 While pitchers are throwing perfect games at the south end of Chicago, those guys in the north are still trying to figure out those tricky baseball hats.  We already knew they could be a little crazy at times, and their hygiene may be of question at times, but we never suspected plain stupidity.

We are now left with no choice.

That brings us to the man in the picture.  At the ball park enjoying the game, he seems to be a bit distracted by the sun or maybe Tim Tebow telling the world he’s a Virgin.  The sunglasses provide help for some of the brightness, but he still seems bothered by the glare from above.  Maybe he doesn’t realize that on the other side of his hat lies a bill, which would take care of his problems.

And to think that we were all worried after Geovany Soto was caught smoking a little weed.