Matthias Schlitte Is A Modern-Day Popeye

Okay, I promise not to make the joke about how this man’s arm got this way.  Let’s just say the joke has something to do with why that high school basketball coach in Idaho is in all that trouble.

The man pictured here is 22 year old German arm wrestling champ Matthias Schlitte.  Most people shy away from arm wrestling, especially knowing someone can have their arm snapped in 2 (or 3 or 4).  If you have an arm like this kid though, I guess there’s no need to worry.

This man claims he has been training for 6 years to grow the massive trunk you see on his right arm.  I guess you could say this guy is a modern-day Popeye, although at least Popeye was symmetrical.  Schlitte’s right forearm measures 18 inches around.  18 inches!  The man you would think would be embarrassed to be associated with Popeye (I mean its not exactly a flattering comparison) was just that, stating emphatically:

Many people’s first association with arm wrestling is a beer-soaked bar-table and drunken sailors – which is completely wrong.

While its fun to gawk and mock him, what Schlitte has done is actually quite ingenious.  If you think about it, by only increasing the size of his one forearm and no other part of his body, he has allowed himself to arm wrestle in lower weight classes, even though his arm is as strong or stronger than much bigger men than him.  Like Schlitte himself said, the older and more experienced fighters smiled at him for being so light-weight, but they weren’t smiling anymore after he won.  Sylvester Stallone didn’t have to game the system in Over The Top, but you gotta do what you gotta do. 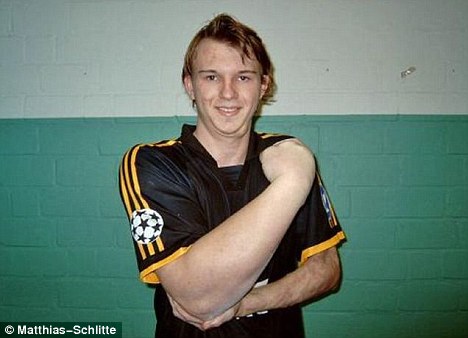 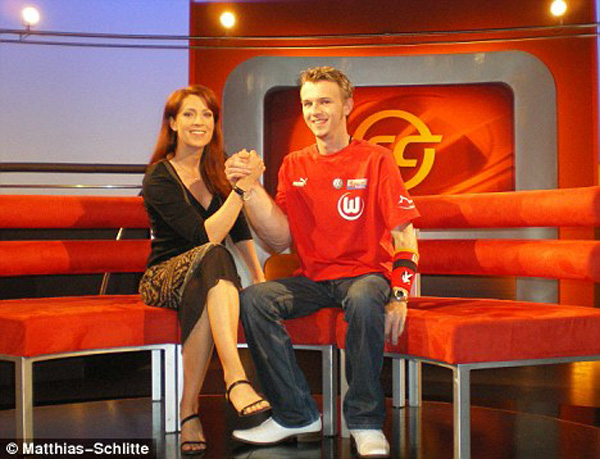 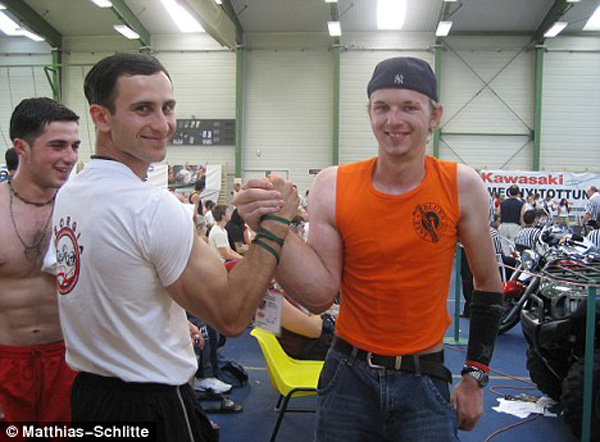 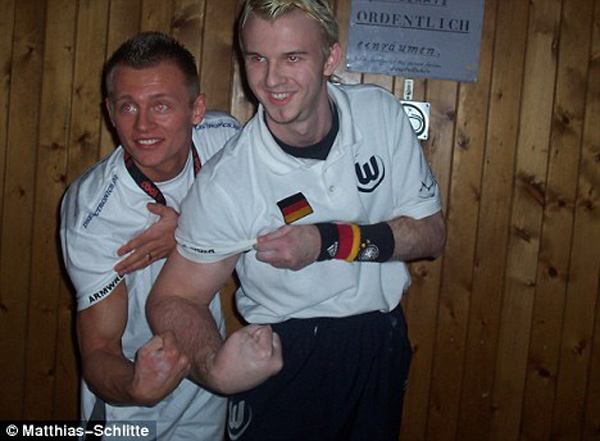 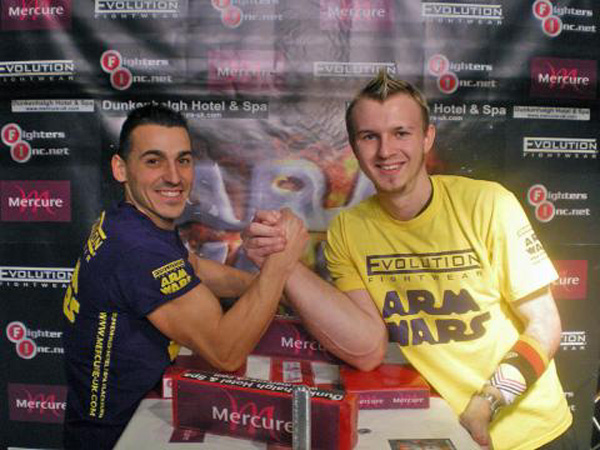