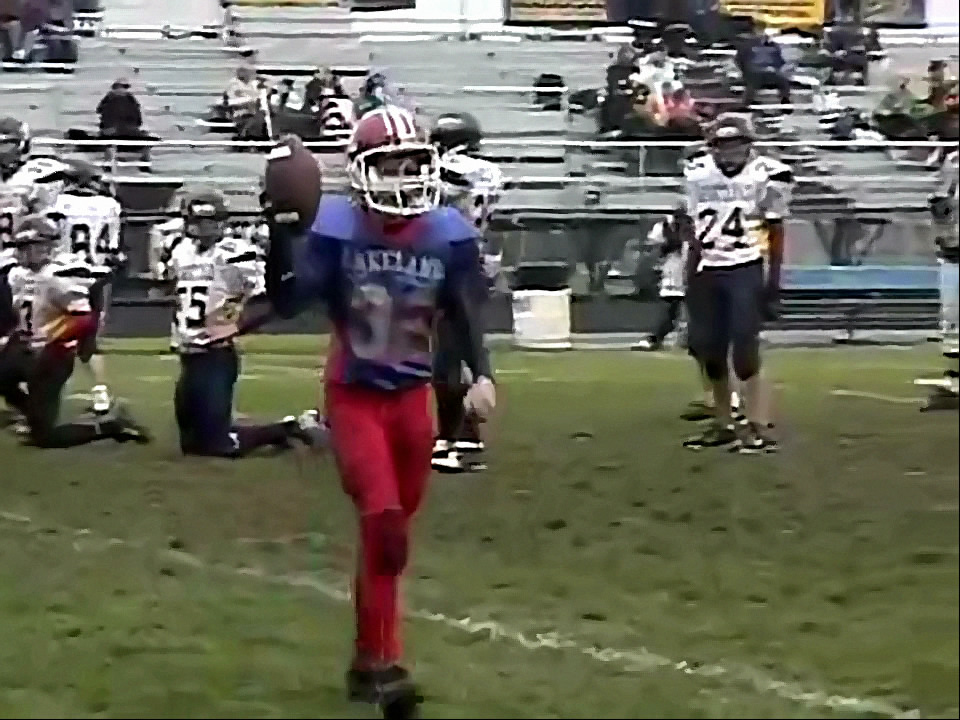 On a day where we have seen some spectacular amateur sports plays, including Coleman’s amazing dunk, this video fits right in..  These young football players completely sell the “Wrong Ball, Coach” play to the other team and are rewarded with a touchdown.  This play ranks right up there with the Boise State Statue of Liberty, and of course that wacky fake punt Jeff Fisher ran in the preseason this year.

The play works like this.  The quarterback starts to call out and actually hikes the ball, but the second he gets the ball from the center, he declares “wrong ball, coach!” and starts to walk towards the sideline with the ball.  The key to selling the play is that the entire team on offense just kind of stands up and looks to the sideline, even though technically the play has begun.  As the quarterback approaches the sideline to get the “new” ball, the coach waits until just the right moment when the entire defense has been lulled to sleep by this tactic.  He then yells “Go!” to the quarterback who takes off down the field, easily scoring as the defense is too slow and out of position to react.

The reason this video is so great is that the person filming it appears to be standing right next to the coach, so you can see the whole play develop from the best angle.  Right before he reaches the sideline, you can see him take off as the entire defense just stares in shock and disbelief.

Would this play fly at the professional level? I’m not sure, although the wildcat offense does look like this sometimes when the quarterback approaches the sideline and the running back takes the direct snap.  Still, it is pretty amazing that the play succeeds as well as it does.