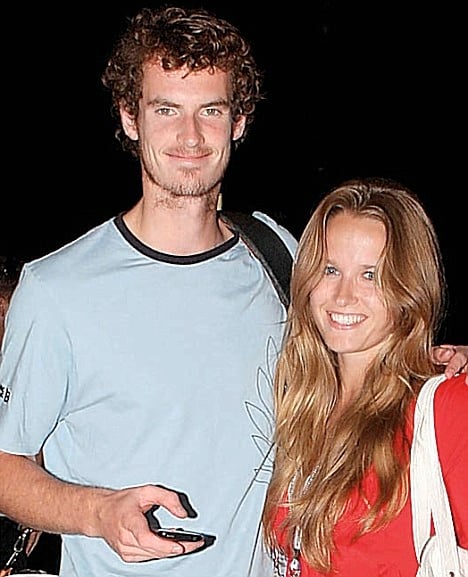 If you aren’t a big tennis fan and haven’t heard of Andy Murray, here’s a little background.  He is a British tennis player that has climbed his way to No. 4 in the entire world.  He’s not going to bring down Roger Federer at this point, but he still one of the most dominant players on the tour.  That being said, the news that his girlfriend dumped him over his video game addiction was a little strange.  Obviously this news pales in comparison to the Tiger Woods business, but any excuse to post a picture of Kim Sears will be taken.

The Telegraph reports that Kim Sears broke up with him because of the video game issue, and then expands on exactly how much time Andy is playing video games:

Sources close to Sears said one of the causes [of the breakup] was the world number four’s long hours playing video tennis and PlayStation 3 games such as the best selling Call of Duty sequel.

Brad Gilbert, Murray’s former coach, has said in the past that Murray spends “seven hours a day” playing video games.

The source told The Sun: “He would spend all his time glued to them. In the end she just got fed up with it. She wanted more out of the relationship.”

This seems crazy.  I’m sure that staying at the peak of your game in tennis involves hours and hours of practicing, playing and working out.  So where does he find 7 hours a day to play video games?  Unless you count playing video tennis as a form of training for actual tennis, it is difficult to wrap one’s head around.

It’s hard to blame Sears for leaving, she is extremely gorgeous and could probably have any guy she wants, which I’m guessing includes someone that would rather sleep with her than make love to his Playstation.  You can be sure that guys like Pete rose aren’t playing 7 hours of video games instead of being with their hot girlfriends.  In Murray’s defense, Call of Duty is a pretty sweet game.  Who am I kidding?  I would set that thing on fire before I would let a girl that looks like Sears walk out the door.