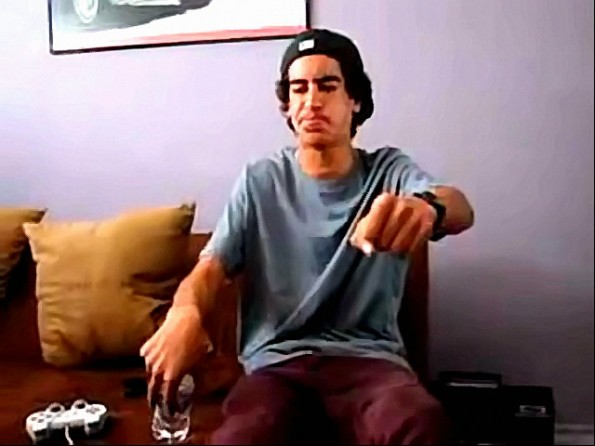 If you were going to make a list of impressive skills that people had, I’m guessing “mimicking car sounds” would not be high on that list.  That was before you heard this kid do his thing.  I’m not a car guy to the extent that I can tell what kind of car is coming just by the sound of the engine, but even I appreciate the talent here.  His imitations of a car’s sounds are perfect.  If you look away for a minute and just listen, there is no way you could tell it was just some kid spitting as opposed to a real car.

I’m not in any position to confirm how accurate he was, but when the guy behind the camera is shouting car models to him and he just starts making the sound that engine would make, I was impressed.  And think of the saliva!  In fact, the most impressive thing about this whole display is the fact that this kid can just spit and spit without running out of saliva.

I’m not sure what it says about our society that this is considered an amazing skill, but I would love to have it.  I mean, these crazy mascots are being paid to do lord knows what, at least this kid has talent.  Think of the great tricks you could play on people making them think cars are coming or going right next to them.  It reminds me of that guy from Police Academy who could make all the random sounds.  Who didn’t love that guy, right?