LeBron James Teases Us With A Crazy Practice Dunk (Video) 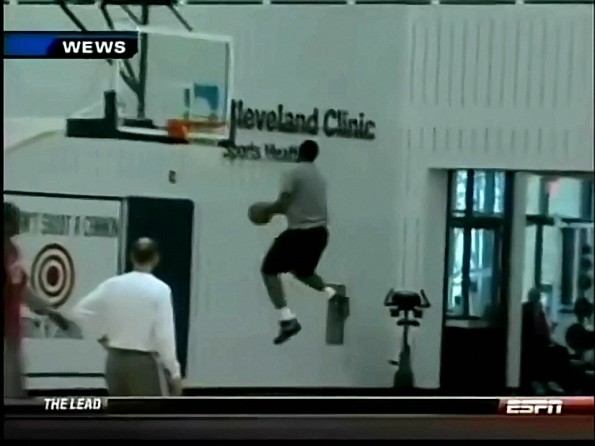 It has become apparent by now that LeBron James will not be taking part in the upcoming NBA Slam Dunk Competition on All-Star Weekend in Dallas, Texas.  This news comes in light of the fact that James did tell us all last year on national television that he would take part in this year’s event.  Talk about getting our hopes up just to get an applause.

So while we shouldn’t expect him to be taking flight on Saturday, February 13, in Cowboys Stadium, we have managed to catch a glimpse of what could have been.

Taking part in his usual routine at practice, which also includes some wild trick shot attempts, LeBron showcased a dunk that WOULD have likely won him the competition, if he had entered of course.  Nonetheless, LeBron has once again found a way to amaze us, yet leave us begging for more.

Perhaps this year he will announce his intentions to take part in next year’s competition, providing us with yet another ray of hope.  Fortunately, most of us already know how this story ends.