Colbert Shows Off His Table Hockey Skills Against the Russians 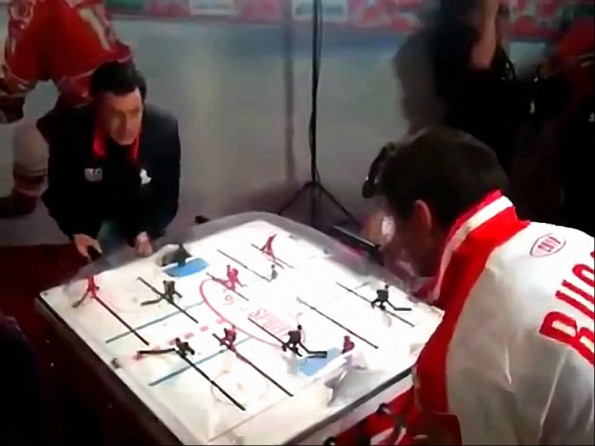 If there is one thing you can bank on, it is that no matter what Stephen Colbert is doing, he can make it entertaining.  After all, table hockey is not exactly fun to watch, but when it involves Colbert yelling things like “someone sabotaged my knob” and “this is payback for Rocky IV” at his Russian opponent, watching it suddenly becomes tolerable, if not enjoyable.

Colbert made his way to Vancouver in order to take in the 2010 Olympic Games, and you can bet he will be keeping an eye on his U.S. Olympic Speed Skating team, which he financially rescued after they had lost their biggest sponsor, DSB Bank NV.

Unfortunately, Colbert was not able to overcome his “sabotaged knob” in this Cold War battle.  Sorry Stephen, but there will be no “Miracle on Ice” for Colbert Nation to speak of here.