Vancouver In Need Of A Condom Refill 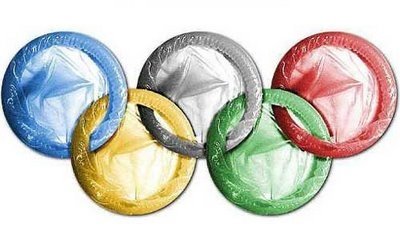 With so many hot and fit athletes in attendance at the 2010 Winter Games, it is not surprising to hear that they were expecting a lot of sexual intercourse to take place within the Olympic Village.  That was why the Canadian Foundation for AIDS research decided to donate 100,000 condoms for free to the approximately 7000 athletes participating at the games.  That is an average of 14 condoms per person.

And so when word came out that the village was running “dangerously low” on condoms as the Games wind down, we can’t help but wonder, “Who is having all the sex?”

“When we heard about the condom shortage in Vancouver, we felt it important to respond immediately,” said Kerry Whiteside, CANFAR’s Executive Director. The organization assembled three large boxes of about 8,500 condoms, much to the relief of libidos at the Olympic Village. They’re expected to arrive on Thursday. [The National Post]

When you consider the fact that of the 7000 athletes, many of them are likely married and/or do not use condoms, and many more are likely having sex with each other (meaning that between the pair they will have 28 condoms), somewhere along this chain, someone must be putting in a lot of mileage on their bed springs.

So with the unveiling of this news, we can begin to speculate who the front runner of this 2-week romp-fest is.  I think I will go with any female on this list of beauties.  Wishful thinking? Perhaps, but isn’t that the spirit of the Olympic Games?