Boise State’s Kyle Wilson Travels to the Combine In Style

While some NFL prospects have garnered attention at the combine by showing off their back flipping abilities, Kyle Wilson has got his name and face out there in a much different, and possibly more effective, manner.  After all, with practically every scout present in Indianapolis to check out this year’s potential draft picks, it will be hard for them to miss the giant trailer parked outside Lucas Oil stadium with Wilson’s name and face plastered all over it.

The 5-foot-10, 194 pound corner out of Boise State has been climbing up draft charts everywhere as he impressed on the bench press (25 reps, second among all defensive backs) and has sub-4.40 capabilities in the 40-yard dash.  Many have him slated as the number two cornerback in the draft behind Florida’s Joe Haden, but don’t be surprised if that changes over the next month.

Should he move ahead of Haden and find himself on an NFL team early in the first round of the draft, most will attribute that to an impressive showing at the combine, however, a little bit of campaigning can’t hurt either. 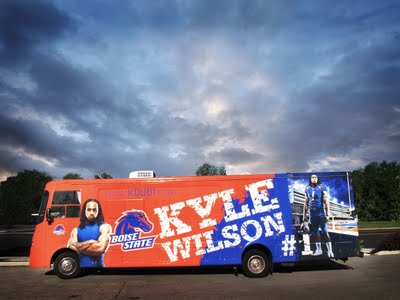 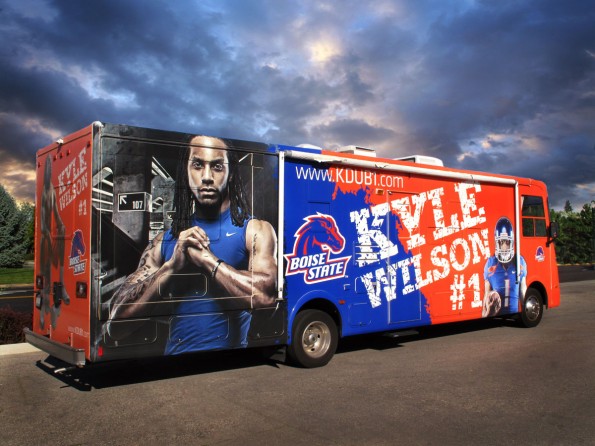