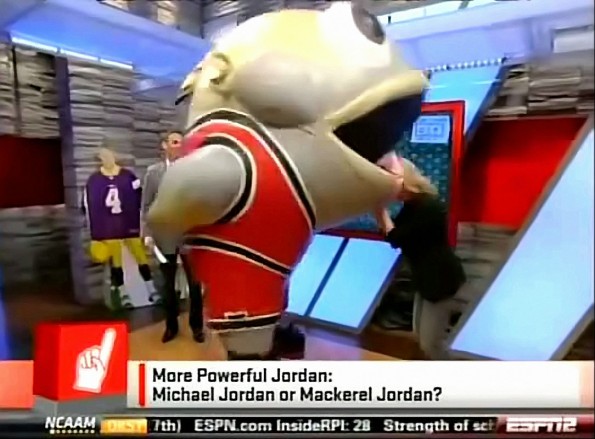 What is with all of these inflatable mascots eating people?  Could we be going to war with these creature who were once a  sports fan’s most beloved companion?

Yesterday on ESPN’s SportsNation, Michelle Beadle attempted to lay down the law against Mackerel Jordan, the giant inflatable fish who sports the jersey of his similarly named mentor, Michael Jordan.  As it turns out, the Mackerel wasn’t having any of it.

Whoever said “fish don’t have feelings” was a liar.

Just when it seemed as though he had suckered Michelle into a pity hug, Mackerel moved in for the kill, devouring his most recent critic entirely.  And let me be the first to say, she looks like quite the meal.