David Booth Suffers Yet Another Concussion After Crushing Hit
NHL

David Booth Suffers Yet Another Concussion After Crushing Hit 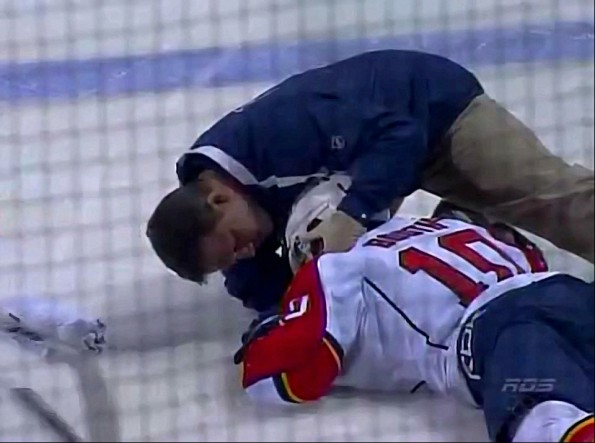 Yesterday afternoon the NHL announced that their new rule aimed to cut down head-shots would be instituted into the rulebook immediately, and enforced as of last night’s games.  Unfortunately, it was still not enough to save the Florida Panthers’ David Booth from this devastating hit , which knocked him out with yet another concussion.

Booth was the recipient of a hit earlier in the season, which caused him to miss three months due to a concussion, and likely would have fallen under the NHL’s new head-shot rule.  Last night his head was once again the victim of a crushing check, but this one appeared to be clean.  However, it did send Booth to the ice for several minutes and will likely sideline him for the remainder of the season.

That is unfortunate news for both Booth and the Panthers.  The 25-year-old left winger has showed signs of a promising NHL career, but after suffering his second serious concussion of the season, his future may now be in jeopardy.  Panthers management and fans can only hope that is not the case.