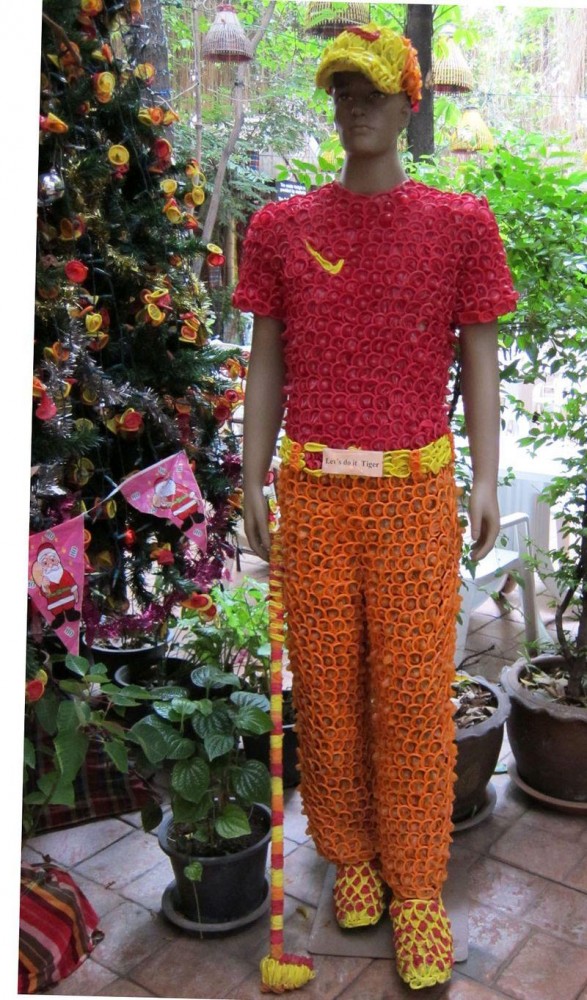 So this is supposed to be Tiger Woods, right?  I would assume so, judging by the Nike symbols and “Let’s do it Tiger” belt buckle, but what in the world is up with the funky pink shirt and orange pants?  Since when does Tiger dress up like John Daly?

In case you were wondering, this was not part of an endorsement deal between Tiger and Trojan condoms.  Instead, it was created for a safe sex and birth control program initiated by the Population and Community Development Association of Thailand.  The manikin can be seen outside Cabbages & Condoms, a restaurant in Bangkok which was founded by the PDA.