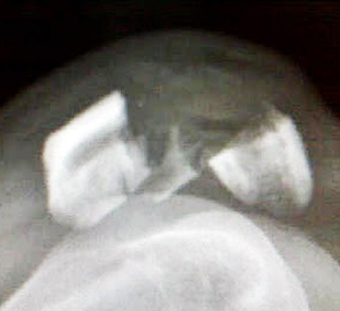 A comebacker may be just about the scariest play in baseball.  We have seen the type of damage it can cause to pitchers in the majors, and college ball is no different.  Vanderbilt’s Corey Williams was the latest victim of this frightening play, and although his injury is enough of a reason for us to show you this clip, it is his reaction during the play that will truly amaze you.

With his team down 7-1 to the University of Florida in the bottom of the seventh inning, Williams was unable to get out of the way of a hard line drive that would hit him directly in the knee cap.  As you would expect, he hit the ground immediately in pain, but that did not stop him from making a courageous play from his stomach, tossing the ball over to first base for the out.

Just witnessing such an act alone is enough to impress most.  Then I saw the x-ray image of his knee cap and didn’t know whether to vomit or stand up and applaud the young man for this awe-inspiring act.  It is something you really have to see to believe.

And here is the x-ray… 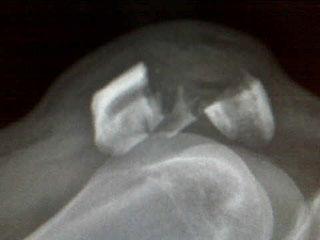