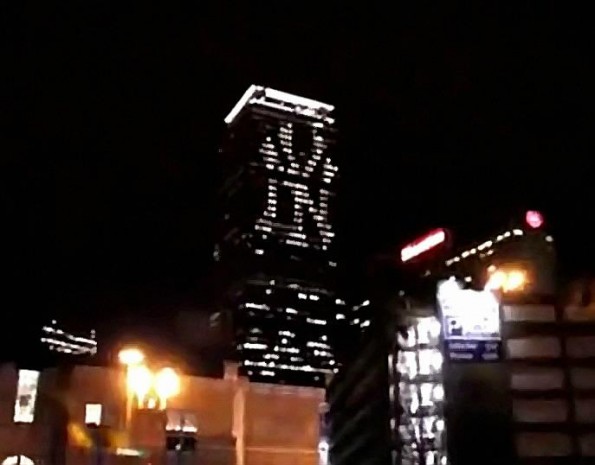 Yes, that is the New York Yankees’ symbol lighting up that large building.  So what makes that so strange?  How about the fact that the building in question is the Prudential tower located in Boston, Massachusetts.  A creative prank indeed, but I doubt there were many Red Sox fans laughing at this sight.

It appears as though there may be several Yankee fans working within these Prudential headquarters.  So now the head honchos within the tower have only one option; fire every worker whose office light was turned at the moment.  Can that be considered wrongful dismissal?  Perhaps, if you tell them they were fired for being a Yankees fan, but how about giving them the heave-ho for wasting electricity?