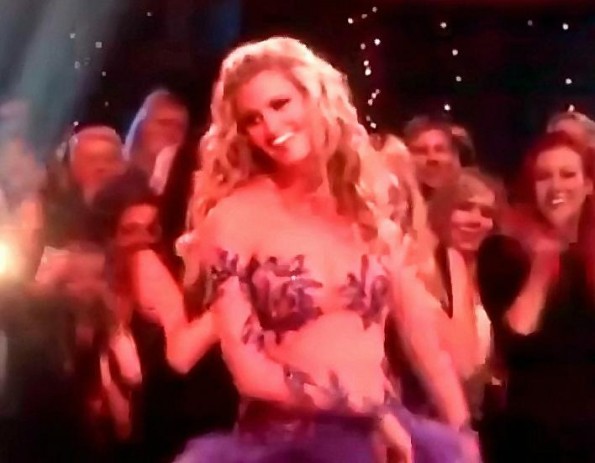 Erin Andrews is still “Dancing With the Stars” and on the last episode of the show she wore her sexiest outfit yet. It matched her very sexy dance with partner Maksim Chmerkovskiy.

That dance is called the “Samba” and wah-wah-wee-wah it was super hot. She did well, certainly better than diva Mariah Carey did with her opening day first pitch. She looked just as hot as these 27 hot girls with footballs.

That Samba with Maks received a total of 25 points from the judges. Then later in something called the Swing Dance Marathon, they finished in 2nd Place which netted them 9 points. In total they had 34, and I guess that’s good? It looks like the world will get to watch Erin shake her groove thing in a see-through outfit for one more week. I think everyone is cool with that as long as Ochocinco remains fully clothed. There isn’t a man in the world that wants any of that.