>Total Pro Sports
Soccer
Picture Of The Day: How To Properly Blow A Vuvuzela

Picture Of The Day: How To Properly Blow A Vuvuzela 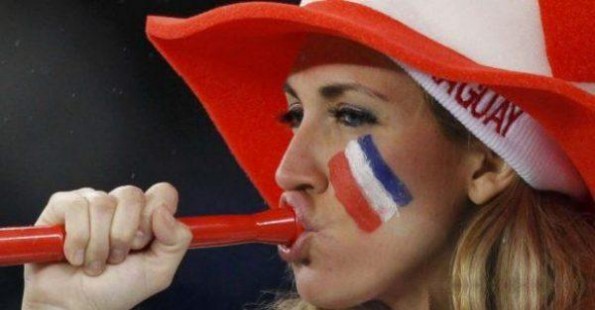 I have never been much of a fan of the vuvuzels, until now!  Suddenly, those annoying African instruments which have been terrorizing the 2010 FIFA World Cup have adopted a rather sexy look, thanks to this lovely Paraguayan fan.  Now that is how you blow a vuvuzela!

First it was Larissa Riquelme, and now we have this hottie.  It is just over one week into the tournament, but I have already seen enough.  The award for “country with the hottest fans” goes to Paraguay…by a landslide!