Picture Of The Day: This Flasher Is Not Friendly On The Eyes
MLB

Picture Of The Day: This Flasher Is Not Friendly On The Eyes 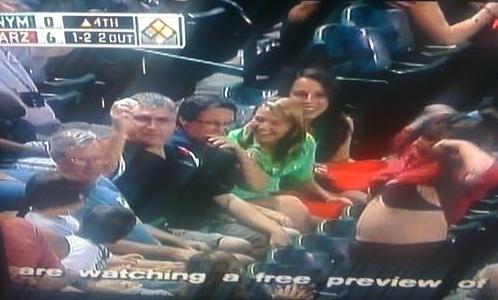 Ever wonder why some stadiums feel the need to cut off alcohol consumption at times?  Perhaps it is an attempt to keep the shirts on the fat chicks.  If that is in fact the case, it appears as though they are failing miserably in Arizona, and as a result, several fans were left to suffer the consequences during a Diamondbacks game Monday night.

It may appear as though some of these individuals were enjoying the show, however I can’t help but feel sorry for the young kids in the row behind her, who are probably still trying to figure out what they were looking at.  Word of advice kids:  Never stare at a solar eclipse for too long.  It will f*ck up your eyesight…not to mention the nightmares.