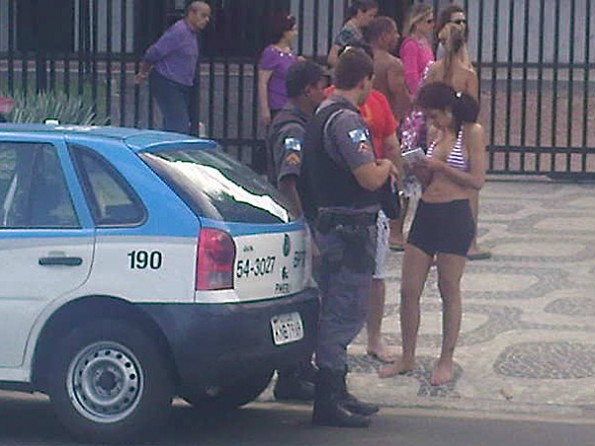 We’ve only touched on Larissa Riquelme a couple times before (here, here, here, here, here, here and here), but she’s the bombshell Paraguay fan that we all know for her awesome cell phone rack and running naked through the streets of Paraguay as a present to the Paraguay soccer team. Unfortunately, the famous cell phone was taken recently when she was robbed by two individuals in Rio. Her body was not injured. 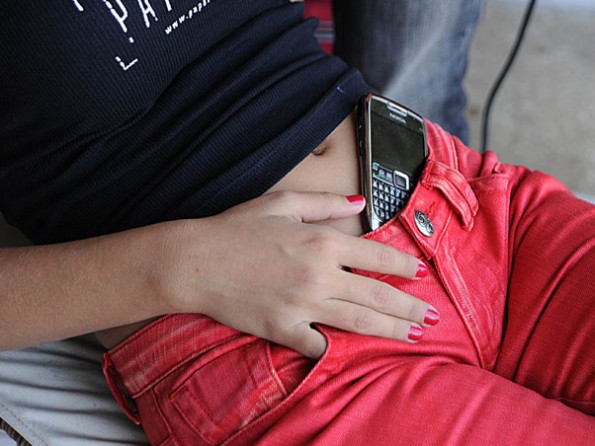 Larissa Riquelme and cell phone that was stolen

Larissa was reportedly with her boyfriend, his sister, and a friend when she was approached by two muggers who took her cell phone, a couple digital cameras, documents (?) and passports. She then went to ask for help from the police who were eating donuts in a car nearby, but the men fled before anything could be done.

Larissa let all her adoring fans know on twitter that the cell phone rack was okay and she was doing fine.

There’s no word whether or not the muggers were armed, but they had to be if four-on-two couldn’t prevent them from taking Larissa’s belongings. What’s most important is that everyone was unharmed and the assailants will be caught eventually when they try to sell that Nokia on Ebay for a lot of money. 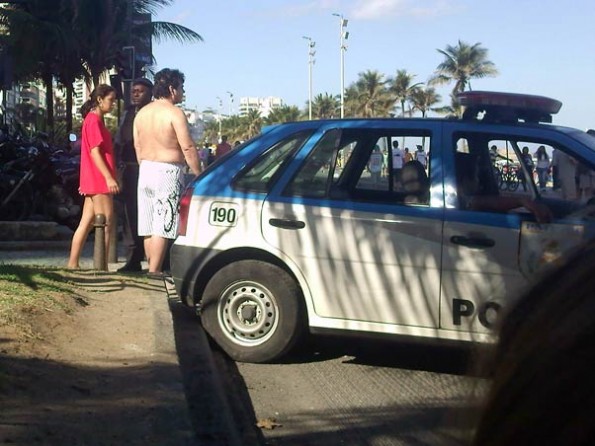