9 Truly Unique Sports Venues from Around the World 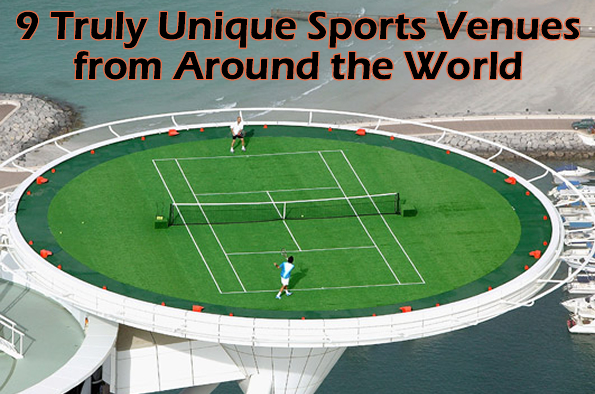 When it comes to sports venues, it’s usually pretty cut and dry. There’s the field of play, the seats for spectators, some bathrooms, some concessions, and that’s about it. Even venues that are considered to have character (Wrigley Field, Fenway, etc.) pretty much follow the same formula. But if you search hard enough, you’ll find there are some truly amazing venues that are worth of being called unique. Here are nine such examples.

Home of the Brazilian football team Corinthians Paranaense, Brazil’s “Janguito Malucelli” is billed as the country’s first eco-stadium. The 6000 spectator seats are built straight into the hillside, and the entire stadium was built without the use of concrete. In order to minimize impact on the neighboring forest, all of the wood used in the structure was recycled. 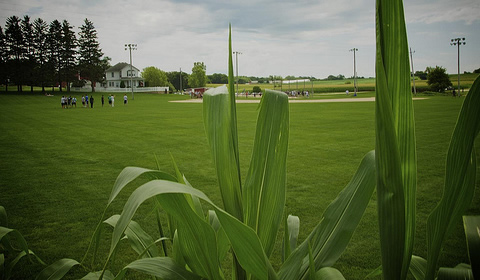 Is this heaven? No, it’s Iowa. And if this is your idea of heaven, you’ve got some problems.

However, the Field of Dreams in Dyersville, Iowa, is truly a unique setting. Originally built for the 1989 film of the same name, the field is right in the middle of an Iowa farm. Rows of cornstalks sit in place of an outfield wall, and the iconic farmhouse used in the film still stands. Visitors are encouraged to play in ongoing pickup games, and the field is occasionally used for reenactments with the “ghost players” from the film. If you build it, they will come.

In the U.S., a lot is made of the “historic” nature of stadiums such as Wrigley Field and Fenway Park, even though neither stadium has even hit the century mark. Granted, the fact that you can watch a game from atop the “Green Monster” at Fenway or from apartment rooftops at Wrigley is somewhat charming. But it doesn’t compare to watching the game from a fifteenth century castle. Fans of the HNK Trogir soccer club in Croatia can do just that. And if the castle is filled up, the stadium itself has 1000 extra seats. 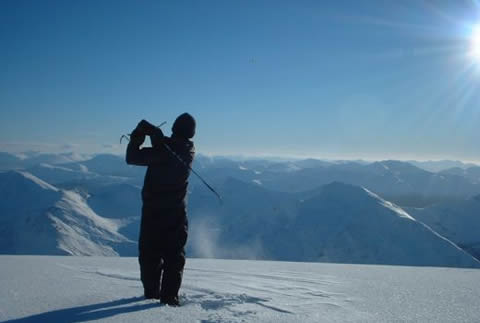 While there are many stunning golf courses throughout the world, the “ice golf” course in Uummannaq, Greenland might take the cake. Home to the 2009 Ice Golf Championship, the course was set up and maintained by locals. It is 600 km north of the Arctic Circle, and only golfers with a handicap of 36 or better were allowed to take part.

While the giant, bean-like structure is interesting enough, what really makes this Munich soccer stadium unique is the fact that entire facade is able to change color. Aside from being a gimmick to draw publicity, it also serves a more practical purpose. Since the stadium is home to multiple teams, the color is updated to correspond with whatever club is playing on a particular day.

4. The Float at Marina Bay – Singapore

Many stadiums offer an ocean view. But how about a sports venue that’s actually on the Ocean.

The Float in Singapore is a multipurpose stadium that is literally floating on the water. Designed as a temporary stadium to be used until completion of permanent structure, the Float will be in service until at least 2011. While the stadium itself can hold up to 30,000 people, the actual floating field can only handle about 9000.

This stadium in Braga stands out because of its close proximity to a rock quarry. By close, I mean the structure is carved directly into the side of the rock. While one goal faces the rocky terrain, the other offers sweeping views of the city. Widely considered one of the mist beautiful stadiums in Europe, it won the Chicago Athenaeum International Architecture Award for the best new global design in 2006.

Built for the 1994 Winter Olympics, Gjøvik Olympic Mountain Hall is located in the mountains of Gjøvik, Norway. Literally. It’s completely inside of the god damn mountain. The stadium is used primarily for hockey, and can seat up to 6000 fans. It is considered the world’s largest cavern hall for public use.

The Burj Al Arab Hotel converted their 321m high helipad into what must be the most fascinating, if not practical, tennis venue in the world. What it lacks in spectator seating it more than makes up for in 360 degree views of Dubai. While in town for the Dubia Championships, Roger Federer and Andre Agassi were lucky enough to play a friendly scrimmage here. More than a few tennis balls went over the side.