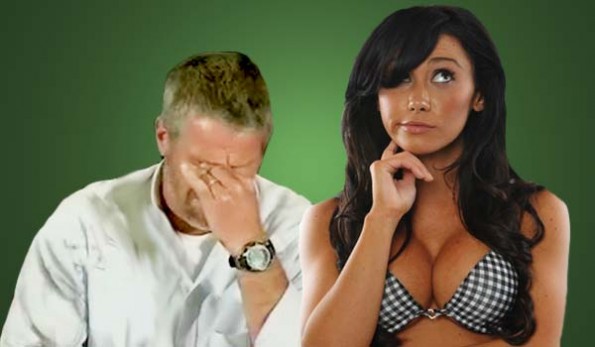 A few months back when everyone was busy speculating as to whether or not Brett Favre would return to the Minnesota Vikings for one more year, reports surfaced that Favre had attempted to hook up with Jenn Sterger during his time with the New York Jets.  We were told that Favre tried to contact the former Florida State bombshell, who was then working as an in-house sideline reporter for the Jets, several times through MySpace and voicemail.  And when that didn’t seem to work, he figured a few dong shots were bound to win her heart.

Well after a few months of wondering whether this was all just a dream, or if it really happened, we finally have our answer:  YES, IT REALLY HAPPENED.  You can hear the voicemails in the video below, but if you would like to see the dong pics and MySpace messages, check out Deadspin’s video here.  We should warn you that their video is NSFW (duh…even Favre’s dong isn’t somehow magically SFW).

And just one more warning for you all.  If you are going to check out the video of Favre’s dong on Deadspin, be prepared.  Because after seeing it, you will never look at the 40-year-old gunslinger in the same way.  I was never a big fan of Favre, but if I was, seeing that dong would have broken my heart.  And if I had him on any of my fantasy football teams, I would probably bench him for the next couple of weeks and even consider dropping the perverted S.O.B.