Hell on Earth: The 9 Most Intimidating Fan Bases for Visiting Fans and Players 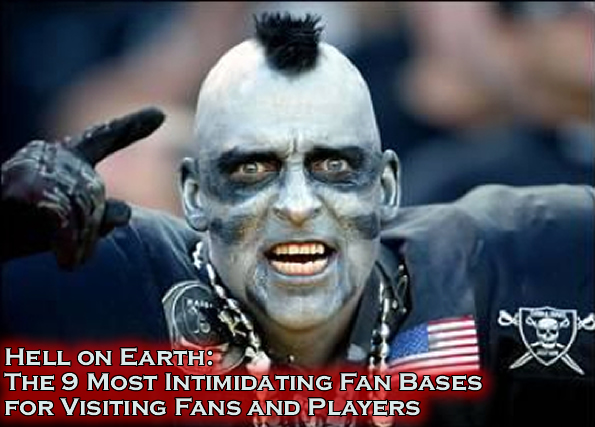 Loyalty is great. Loyalty insures that your ballclub will get your revenue up and your players paid. It might also make your owner rich. But loyalty itself doesn’t do much in the way of terrifying other teams who step inside your house. A perfect example was the effort of the Miami Heat to create a “whiteout” during home playoff games. Virtually every fan adhered to the all-white dress code, but as a visiting player put it, “That’s not scary, that’s not intimidating. It was like playing in heaven.” Well, if that’s like playing in heaven, the 9 fan bases and stadium experiences below would be like playing in hell. 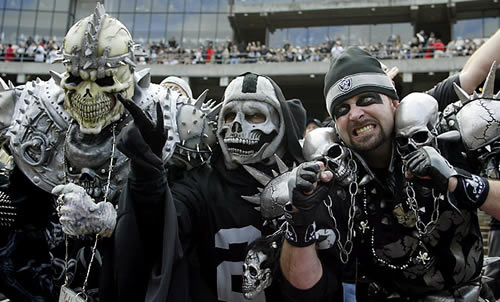 In the ways that many of the crowds on this list are clever, coordinated, and ingenious, Radiers fans are…not. They sidestep the subtleties of heckling by dressing like characters from a The Hills Have Eyes/Road Warrior crossover movie. And then they convince both players and opposing fans that they are going to stab them with a screwdriver, which is a very real threat, because at any given time, 93% of Oakland-Alameda County Stadium attendees have a rap sheet that includes at least one conviction for stabbing someone with a screwdriver. I just made that fact up, but for a second you believed it. I would rather be a corrections officer patrolling a prison rodeo than step into this place wearing a Chiefs jersey. And the owner is Al Davis, so you know he doesn’t give a shit who lives or dies at his place of business. 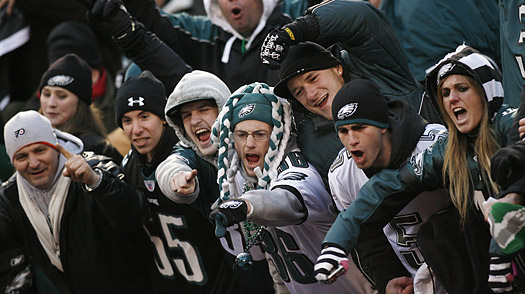 Regular fan: Let’s throw snowballs at the other team’s sideline!

Philadelphia fan: Let’s take the D batteries and cover them in snow so people think we’re only throwing snowballs at the opposing team’s sideline.

Drunker Philly fan: Let’s toss this Molotov cocktail at Tony Romo’s head and applaud as he burns to death in front of his family and friends!

Sober Philly fan: Guys, knock it off. I’m just going to shoot this flare gun at the other team until they forfeit.

Only one of these scenarios hasn’t happened in the past twenty years. That means that the other three did. 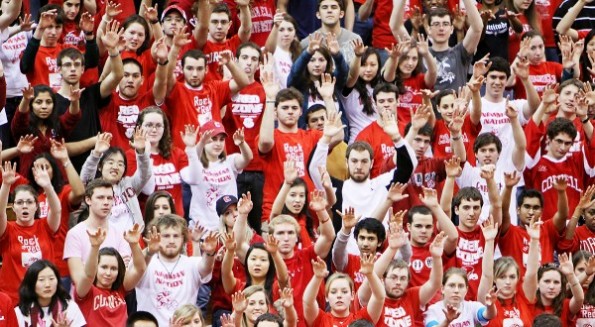 This place is HELL for any visiting team, and something far worse should you be a rival. In upstate New York, there isn’t much to do in the winter months besides talk yourself off of bridges and not shave your legs. So when it comes to hockey, this campus of almost 22,000 student camp out for season tickets in a style no different than the other college entrants on this list, the Cameron Crazies.

But devotion to your team can only get you so far. The Lynah Faithful as they’re called fill up Lynah Rink every game with 4,300 loud fans that have nowhere else to be, making the barn-like interior feel like it holds about 300 people, all of whom are screaming directly in your ear. And the screaming isn’t just noise. On any given game day, you can see fans handing out sheets of paper with specific instruction to start chanting the opposing goalie’s girlfriend’s telephone number (true), his mom’s full name (in an effort to prove that all 4,300 in attendance have banged her the night before), and the chants counting up the number of goals scored on the opposing goalie, then the repeated reminder that “It’s all your fault! It’s all your fault! It’s all your fault!” This is repeated approximately 72,400 times after every goal scored by Cornell. Granted the goalie gets it worst of all, but for the opposing team’s last line of defense, it’s really, really bad. 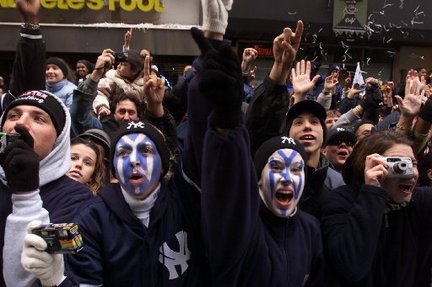 I’m not happy about it either, sports fans. Yankees fans are by and large, smart baseball fans. They know scenarios, they know when to cheer, when to shut up, and opposing teams in Yankee Stadium probably feel like a Jehovah’s Witness would feel ringing the doorbell of the Vatican. Homefield advantage in baseball may not mean as much as it does in other sports, but Yankee Stadium in a playoff game can go head-to-head with most football stadiums, and that’s saying something. In sport punctuated by dead balls and nothingness, the Yanks fans keep the intensity up and seem to be rivals with most every team that sets foot in their house.

Since the Red Sox fans are going to get pissy about this entry anyway, let me just say this: You guys have a really old ballpark and a hand-changed scoreboard that I think is just adorable, but the franchise history and intensity in the Bronx can’t be matched.