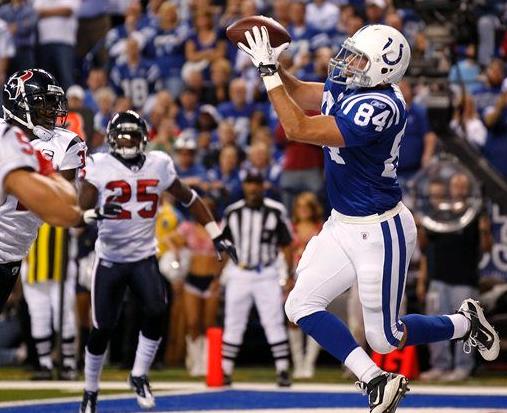 Another week.  Another boatload of injuries.  Percy Harvin, Kenny Brit, Donald Driver, Zach Miller, Mike Hart and Ryan Torain are just a few of the names that you should be able to find on injury reports for the next couple of weeks.  That means running backs, wide receivers, and tight ends should be in high demand on the waiver wire this week.

Here are a few of the names you should be looking to add to your roster, if available.

Keiland Williams, RB, WSH – It sure does pay to play behind two of the most injury-prone running backs in the NFL.  The name Keiland Williams likely couldn’t even be found on the cheat-sheets of fantasy owners on draft day, but he could very well be starting at running back for the Washington Redskins following their bye week.  With Torain sustaining an injury in week 8, and Clinton Portis still working his way back from an injury of his own, Williams was pushed into action during the Skins game against the Lions.  He responded with a respectable 53 total yards and a touchdown on nine touches.  Washington is on their bye in week 9, but if you are in need of running back depth it may be a good time to grab Williams and store him on your bench before it is too late.

Steve Breaston, WR, ARI – After missing some time with an injury, Breaston returned to the Cardinals starting line-up and produced immediately to the tune of eight receptions for 147 yards.  With Fitzgerald getting most of the attention from opposing secondaries, Breaston could continue to put up some nice fantasy numbers, as long as he stays on the field.

Bernard Berrian, WR, MIN -I am not a fan of Berrian, but with Moss gone, and both Harvin and Sidney Rice injured, Favre doesn’t have many other options.  You may not want to start him right away, but if Favre (or Tavares Jackson) begins to build some chemistry with Berrian, you will be happy you picked him up.

Jacob Tamme, TE, IND -He may not be as good as Dallas Clark, but Peyton Manning loves to use his tight end, and that was evident last night against the Texans when he completed six passes to Tamme for 64 yards and a touchdown.  As these two continue to adapt to one another, their numbers should only improve, making Tamme a great addition at the tight end position to any fantasy team.

Brandon Pettigrew, TE, DET -Another tight end that could help your fantasy team is Brandon Pettigrew.  The Lions’ sophomore has quietly put up an impressive 35 receptions for 344 yards and two touchdowns through seven games.  Matthew Stafford seems to feel comfortable going to Pettigrew in the red zone, making him a great pick-up for those in need of some help at the position.