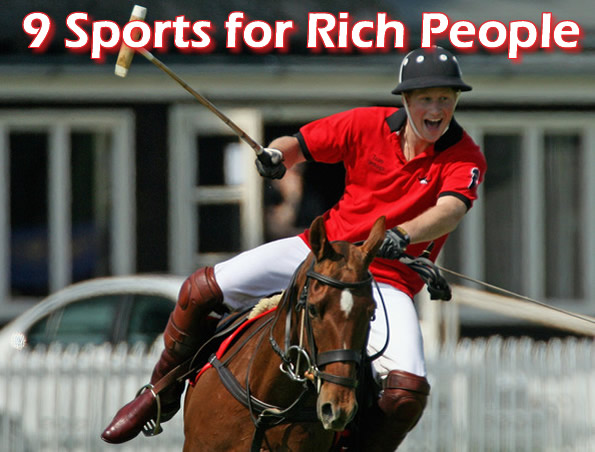 Though the following sports have gotten a lot more accessible over the years, and the word “exclusive” has lost its luster to a large extent, rich-person sports are still thriving. Of course they’re thriving. They’re played by filthy rich people. No matter how silly or how expensive the sport is, there will be a line of rich people longer than a private-jet runway queuing up to show that they’re well-off enough to get in on the action. While some of the sports may seem silly or, at the very least, financially irresponsible, sports of the wealthy hold a certain allure that many of us will never get to experience. Let’s face it. The only way many of us are going to get the opportunity to sink a sailboat is if we sneak into a marina with a bagful of C-4 explosive. So grab your ski mask and let’s run through some of the snottiest sports this side of Monaco. 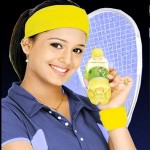 All three of these sports require certain courts that, for a very long time, could only be found at places called “racquet clubs” which are essentially urban country clubs that old businessmen went to after work to play their racquet sports. Then they sit around in leather chairs and drink brown liquors from over-sized glasses while discussing the Hang Seng index. That said, all these racquet sports require both a fair amount of skill and endurance, demonstrating that just because a sport is monopolized by rich people, it’s not necessarily a cakewalk. Permanently solidifying racquet sports as a bastion of the rich are a) the squash scene in “Wall Street” and b) the tennis scene in “Fletch.” If anyone asks, you’re a guest of the Underhills. 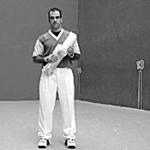 Immortalized in American pop culture by “Miami Vice,” jai alai is a sport that may or may not exist only on television when they want to show the Colombian drug lord as a dynamic individual. With South American roots, jai alai, is a sport that is played by hurling a porcelain-like ball against a wall and then trying to catch it with device that resembles a ram’s horn. The ball gets going well over 100 mph, once more proving that what rich-person sports lack in interesting game-play, they more than make up for with unnecessary danger. See below for another example of a dangerous sport that’s boring as hell to watch. 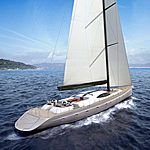 Some sports are popular among rich people because they require a shit-ton of money and free time. You better believe that sailing exemplifies that better than any other entry on this list. The discussion on whether or not sailing would make the cut on this list ended about a decade ago when Prada decided to sponsor a boat in the America’s Cup and introduced the world to their $400 sailing shoes. Anyone hoping to see waifish models get blown overboard by a stiff breeze would go on to be disappointed. Anyone hoping to see a bunch of rich white guys doing whatever the hell it is that sailing entails (pulling up sails and staring off into the sunset) walked away very fulfilled.

The Godfather of rich people sports. Not only insanely expensive with countless logistical barriers to entry, this sport also has the added bonus of requiring the domination of another species of animal in order to succeed. Double whammy. There isn’t much compelling me to further defend the inclusion of this entry, but I’ll keep going cause it’s so damn easy. Look at amateur basketball tournaments. Where are they held? Cabrini Green in Chicago? Harlem? Oakland? They’re held their because that’s where the people best at the sport live. Where do polo matches take place? That’s right. Santa Barbara. Aspen. The pampas of Argentina. Cause that’s where the best of that sport reside. There’s a pretty big gap between the two. Further, when a shirt bearing a little logo of a guy playing polo becomes a universal symbol for “rich asshole,” you’ve made the cut. Hell, you’re etched in stone by that point. 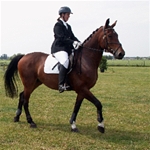 Here’s a little trick rich people use to tell if you’re one of them or not: If your dear friend Caitlin or Gordon turns to you and says, “I’m going riding,” and you reply back, “Riding what?” then you are NOT a rich person. “Riding” means riding horses. Why, how and where do you ride them? The answers are, respectively, “because I can,” “English style, you charlatan,” and “at the club.” If you are ever in doubt as to where a rich person does a rich-person activity, just guess “at the club” and you’ll probably be right. They have clubs for everything. Strangely enough, riding is just one in a long list of rich person sports that’s actually quite dangerous. It’s probably not as hairy as that other non-rich-person equine sport, rodeo, but the fact remains that you’re on a somewhat wild animal, and regardless of how much your boots cost, you can get tossed. Rich sports are generally pretty gender neutral, but if you’re a girl and you wanna get on a horse, you ride. If you’re a dude, you play polo. And you bang the girl. Both are wonderful sports. 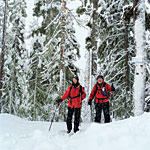 Skiing has recently overtaken heart disease as the number one killer of rich people. That’s not true at all, but it certainly seems that way with perennial celebrity deaths occurring every winter. While most people would consider skiing more of a hobby than a sport, it certainly requires more physical exertion than golf, which is widely regarded as a sport, so it stays on the list. The best skiers in the world are definitely not rich people, but the majority of recreational skiers are, unless they have made the decision to live in a ski town. Ski’s are a grand. Boots are a grand. Lift tickets are approaching the century mark as well, so there’s not much to say that subverts the argument that skiing is a rich person’s sport. Also don’t forget the fact that if the average Joe wants to hit the slopes, he will have to fly to a small airport in a mountain town and find a cozy little cabin or hotel somewhere. A good rule of thumb: if you have to fly somewhere to participate in a sport, it’s probably a rich-person sport. 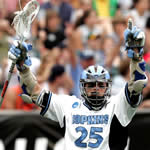 Lacrosse is a gateway rich person sport. It’s not entirely exclusive, but it’s one of the first conscious steps that a rich athlete can make towards engaging in rich-person sports. What’s funny about lacrosse is that there isn’t anything inherently “rich” about it other than its origins at Catholic prep schools in the mid-Atlantic states. It’s played on a regular ‘ole field, the equipment is pricey, but no more than football gear or an expensive baseball bat, but for some reason, it’s the official sport of entitled white kids who don’t want to be thought of as entitled white kids (but still actually do). Other ways lacrosse players in high school or college “break the mold” of being rich white kids are: listening to Widespread Panic, smoking lots of pot, driving an American SUV, having longish hair, and wearing leather necklaces that they got on near their parent’s friend’s winery in Spain. 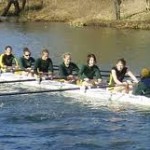 Much as lacrosse players try to shake the connotation that they are rich kids, crew members take every opportunity to embrace it. If you’ve ever seen a picture of a crew team, it’s pretty apparent. They look like the poster boys for the Hitler Youth. All white, short hair, smug smiles. All the ingredients are there. Crew’s origins lie in England, so it’s no wonder that sport has gotten picked up on the mean streets of Houston or Albuquerque. Crew is an expensive sport, despite appearances. Those boats and oars ain’t cheap, but beyond that, you need boathouses, which means you actually need to buy real estate on an urban river, you need an arsenal of training equipment, and you need a school-sponsored program, which generally are assumed to belong to Ivy League schools, though the Midwest and Northern California have some killer ones as well. 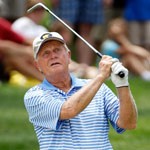 Golf has become much more egalitarian in the past couple decades, thanks in large part to a mixed-race, feline-named adulterer. Golf is an expensive sport for obvious reasons, but we’ll rehash them here anyway because a certain writer has a certain word quota to meet. To play golf, you need clubs. Clubs can be cheap, but good clubs cost as much as a bad car. Unless you want to hit the ball up and down your neighborhood streets, you’re going to need a course. Public courses don’t carry the downmarket stigma they once did, but the best (read: most exclusive) are still the country clubs, which exist, as they always have, as monuments to conspicuous consumption. $25,000 per year is not unheard of to play a round of golf once a week, which works out to about $500 per round. Not cheap. Further, if you really enjoy golf, you’re going to want to check out the finest courses the country and world have to offer, so that means you’re going to need to fly places. And don’t forget to factor into your golf budget that golf clubs are often subject to exorbitant bag fees (thanks, terrorists!) so you get hit with another $100 each way just cause you love ‘merica.