Picture Of The Day: The Real Dream Team?
More Other

Picture Of The Day: The Real Dream Team? 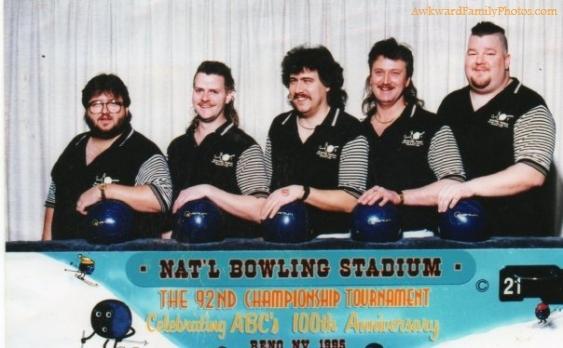 Forget about Jordan, Bird, Magic, Ewing, Malone, Stockton, and the rest of the so-called “Dream Team” from the 1992 Summer Olympics.  They’ve got nothing on these five physical specimens.

You think those mullets were part of some bowling team ritual or superstition, much like a hockey player’s playoff beard, or Patrick Kane’s playoff mullet?  I wouldn’t bet on it.  They probably just had the same barber.  What a handsome bunch.