>Total Pro Sports
MLB
Picture Of The Day: Derek Jeter With The Red Sox? Imagine That!

Picture Of The Day: Derek Jeter With The Red Sox? Imagine That! 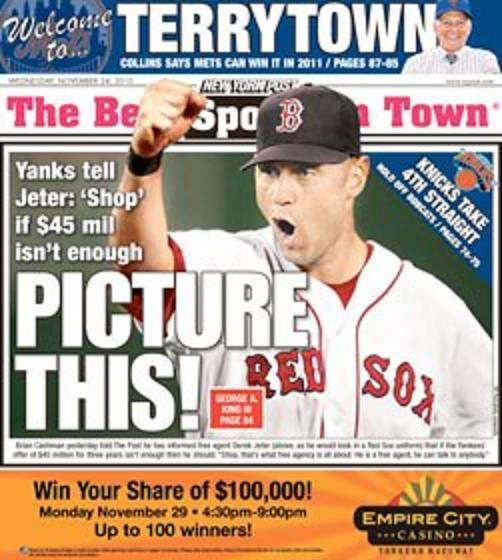 It appears as though the New York Post has been thinking the same thing lately as the Yankees have told their 36-year-old free agent shortstop to feel free to shop around if the $45 million they offered him is not enough.  And anyone who follows baseball knows that if there is one team that may actually outbid the Yankees for an All-Star player, it is the Boston Red Sox.

So that once again leaves us all asking the question, “What if?”