Picture Of The Day: The Finest Olympic Moment? 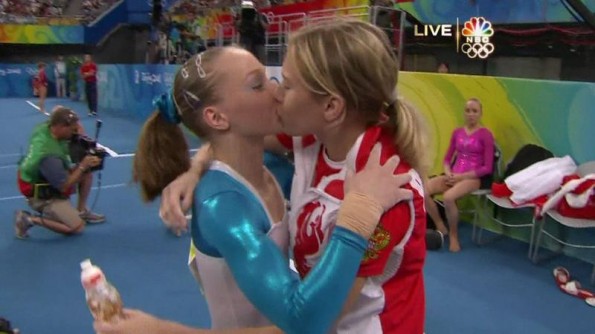 If I asked you what your finest Olympic moment was, what would you say?  Would it be Nadia Comaneci’s perfect 10 at the 1976 Montreal Olympics?  How about Sidney Crosby’s overtime game-winning goal during the gold medal hockey game at the 2010 Winter Olympics in Vancouver?  Or perhaps it was Muhammad Ali’s lighting of the torch at the 1996 Summer Games in Atlanta.

Either of these would be a great choice.  As for the image of two female gymnasts kissing each other on the lips, that appears to be Google’s choice for “Finest Olympic Moment,” according to their image search.