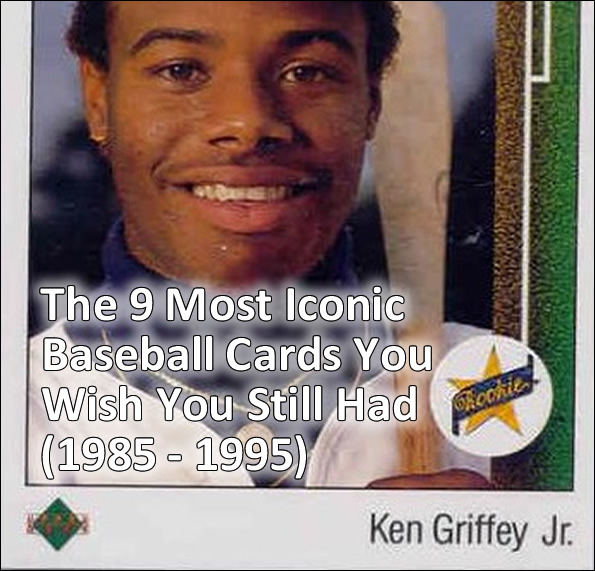 Allow me to preemptively strike any criticisms that come part and parcel with trying to hone an entire beloved industry into 9 examples. Your favorite player may not be on this list. My favorite player isn’t on this list either. However, during about a decade of collecting baseball cards (1986-1994, give or take), some cards from this era and before still embody everything I experienced as a collector. So, don’t take it personally, some of the players on this list aren’t even “good.” But they sure seemed like a big deal when they were stamped on cardboard when I was 9 and trying to dupe my little brother into trading them. 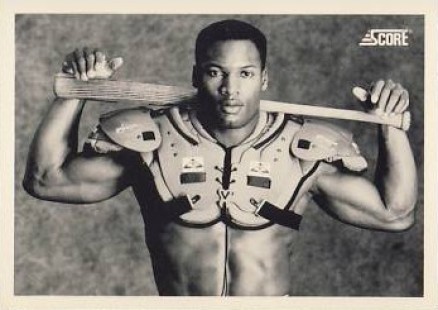 This 1990 Score card was among the first to shift away from licensed action shots to more posed portraits. For all the fans of the two sport athlete, of whom there were many after his famed Nike campaign, nothing quite embodied the phenom like this singular image. It was on a poster on my wall, it was on the baseball card, it was on the cover of my Beckett, and it was on the cover my copy of his book, Bo Knows Bo. And my little brother had the poster in his room, too. 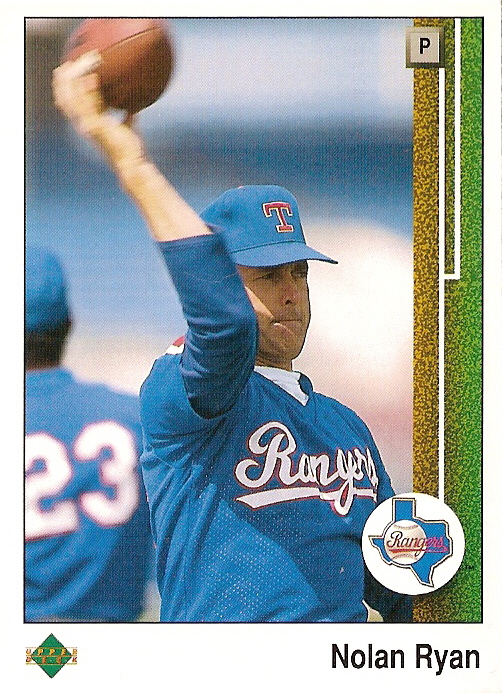 Because baseball lends itself so much to statistics, Nolan’s twilight years were still of much interest to fans and baseball card collectors. So when he got traded to the Rangers, it seemed as though he had a new lease on life. He got his 5000th K, he got his 300th win, and he got his 6th and 7th no hitters. So for a little kid that watched “Baseball Tonight” almost every evening, this was a guy you didn’t want to take your eyes off of, even when he was still pitching at the age of 95 (approximately). Also, this card makes me think of that time that Nolan Ryan had his way with Robin Ventura after Ventura charged the mound, which might be my fave action pic in all of sports.

I chose this card over the more popular 1985 Olympic card just because I don’t remember that 1985 Topps card being that big of a deal until he got in the home run race with Sosa in 1998. Before that, this was the McGuire card that I had my eye on. I remember going through a couple of them during my career, and I wish I still had one. He hit 49 home runs that year, or so RBI Baseball told me. 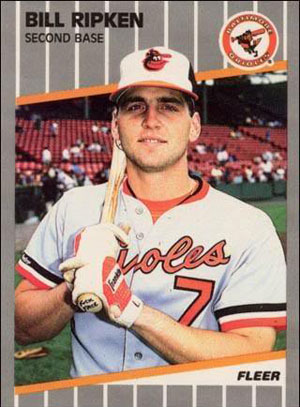 “F*** Face.” What an awesome thing to put on the bottom of your bat. What a total badass. I remember there was a whited-out version, a blacked-out version, then this handsome devil, which was left untreated. Who was “F*** Face?” Every time I looked at that card, I would dream it was me. True story. Not really. 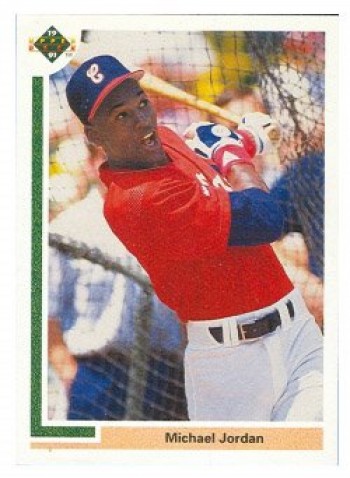 Even before Michael Jordan was playing minor league baseball, his love of the game was well known. So when the Chicago White Sox had MJ stop by for batting practice, he jumped at the chance. Upper Deck commemorated the event with his very own baseball card, which is quite a tribute. Everybody wanted one of these. 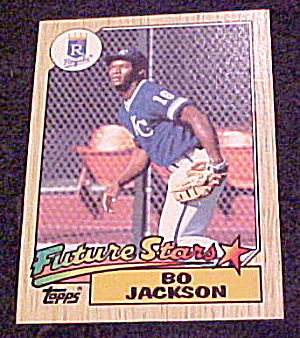 Yeah, Bo’s on here again. He wasn’t even that great a ball player, but he sure did captivate a generation of baseball card collectors specifically, and kids generally. The future stars designation was a shaky one, as many of the anointed never found their way onto starting rosters. But Bo, regardless of what you thought of his performances, was a star. Through and through.

Other “Future Stars” from 1987 were B.J. Surhoff, Rafael Palmeiro, Pat Dodson, Dave Magadan, and Tim Pyznarski. I’ll go out on a limb and say they went 2.75/6 in their fortune-telling. Good, not great. 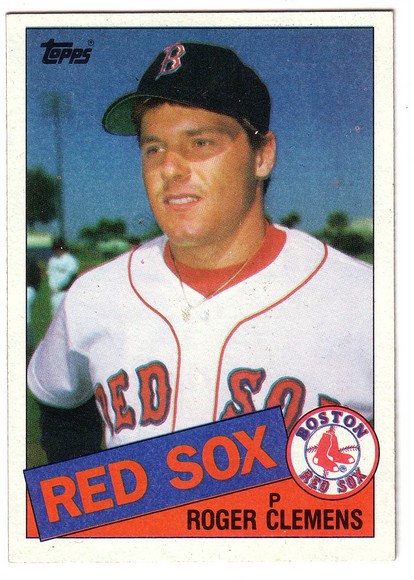 Honestly, I could have picked any number of players out of the 1984/1985 rookie set to represent an era that was just before my time. One that I became familiar with probably due solely to card collecting. Kirby Puckett, Eric Davis, Don Mattingly, Joe Carter, and myriad others could just easily represent this pair of years. However, I chose Clemens because he met the most success out of this group. Though techinically, McGwire’s RC was the 1985 Topps Olympic card. Well, Clemens was the best player from this era that didn’t use steroi-…huh. I picked Clemens because I picked Clemens. Deal with it. 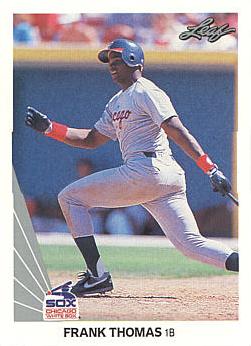 This was one of the hottest young players in the game, on what is probably still (in my awesome opinion) one of the best-designed cards ever. In the words of Ricky Bobby, this card “pisses excellence.” It’s literally a golden shower of class.

I remember this series upsetting me because it marked a sea change with premium cards where you would only get half as many for twice as much money. If I was going to pay $5 as a 12 year-old, which is honestly like $946,340 in 30 year-old money, I wanted to make sure I left as little to chance as possible. Sadly, the best players in these packs for me would always be like Kent Hrbek or someone else equally boring. 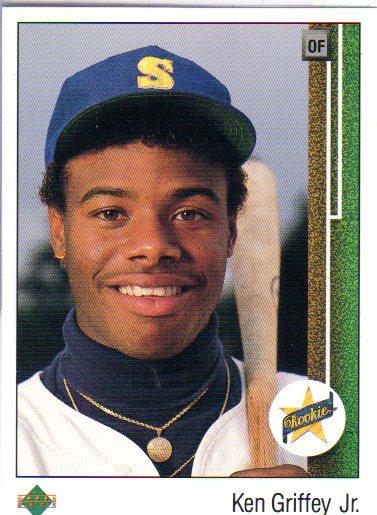 The alpha and omega for baseball card collectors in my generation. There were two types of collectors, those who had the Griffey Upper Deck rookie card, and those who didn’t, aka, losers. It was a binary state, like a light switch. It was card #1 in a new line of expensive cards that ushered in a renaissance of collecting, then, shortly after the strike, its demise. Oh well. As long as I still have that Griffey card in a snap-it case, it will all have been worth it.