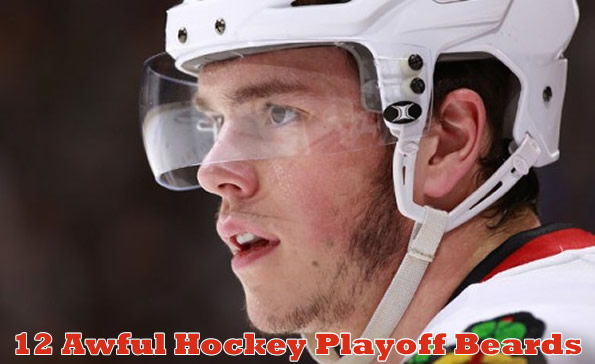 Well, we’re now halfway through the NHL playoffs and, as always, some truly amazing beards are starting to take shape. We have the New York Islanders teams of the early 1980s to thank for this. Of all the things that dynasty accomplished, inventing the playoff beard has to be the greatest. Hell, even NFL and NBA players are doing it now.

Unfortunately, for every hockey player sporting a burly masterpiece to hide his scars and toothless grin, there’s another player whose smooth milky face is covered in feeble pubescent fuzz. Don’t get me wrong, I’m not making fun of these guys with terrible playoff beards. Everyone on this list—except the Sedin twins—is a million times tougher and more talented than me. Still, you can’t help but have a chuckle when you see some of the toughest and most talented athletes on earth with such silly looking facial hair. So here, for your amusement, is a list of some of the worst hockey playoff beards in recent memory. 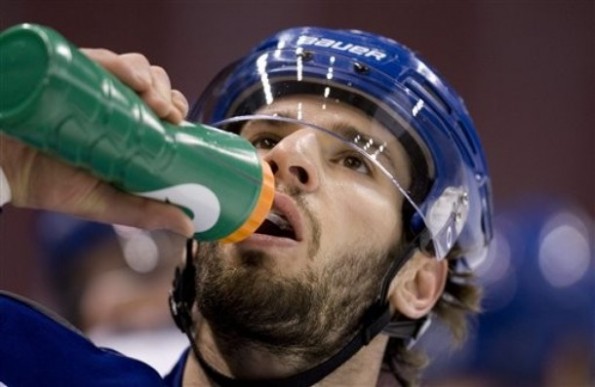 Canucks center Ryan Kesler had a heck of a year, but his playoff beard isn’t so hot. Still, you really can’t blame Kesler. Accustomed to being eliminated in the second round, he had no idea what his beard would look like at this point. 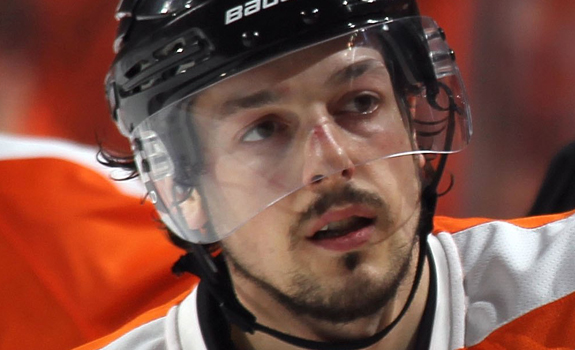 Poor Danny Brière’s subtle facial accoutrements really wouldn’t seem so bad if he didn’t have the misfortune of playing on the same team as all-time playoff beard great, Scott Hartnell. As you can see in this photo from the 2010 Conference Finals (Brière center, Hartnell left), Brière is no match for Hartnell. You have to admire his perseverance, though. 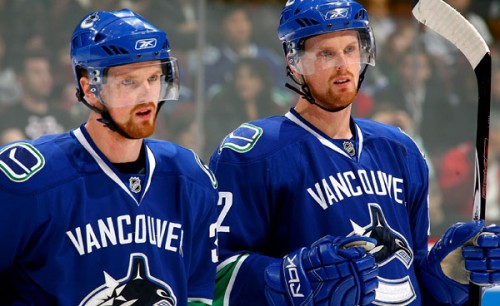 Why are the Sedin Twins’ goatees so terrible? Two reasons. One, it’s called a playoff beard, not playoff goatee. Being particular about your appearance is a slippery slope, boys. One day you’re carefully trimming your goatee, the next you’re waxing your chest like Cristiano Ronaldo. Two—are you listening, Henrik and Daniel?—grown ass men don’t match. You’re identical twins who play on the same line on the same team. That’s bad enough. Don’t make it worse by sporting matching goatees. Flip a coin to see who shaves, okay? 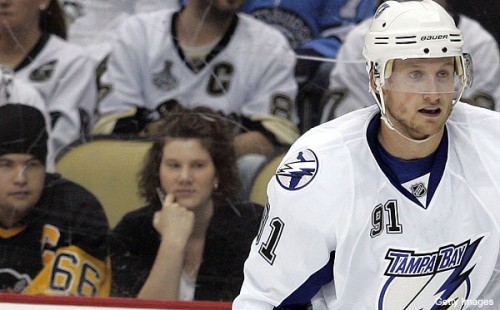 The Tampa Bay Lightning superstar may be a goal scoring machine, but a macho man he is not. Just look at those random patches of light fur. Then again, he’s only 21 years old. Perhaps his beard will grow thicker with age. 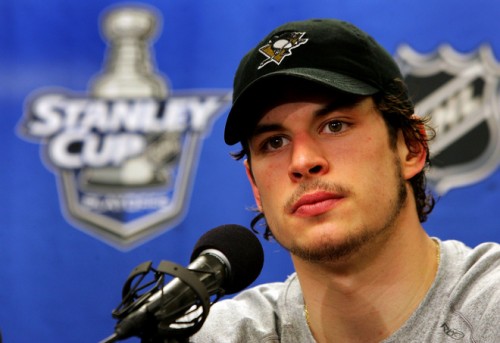 Poor Sid the Kid didn’t even get to play in the playoffs this year, but that doesn’t mean we forgot about his horrible playoff beards of years past. Still, as bad as his perv fuzz is, he wouldn’t get teased so mercilessly if he weren’t the best hockey player in the world. After all, Sidney Crosby’s playoff beard isn’t even the worst one on his team, let alone the entire NHL. I mean, just look at… 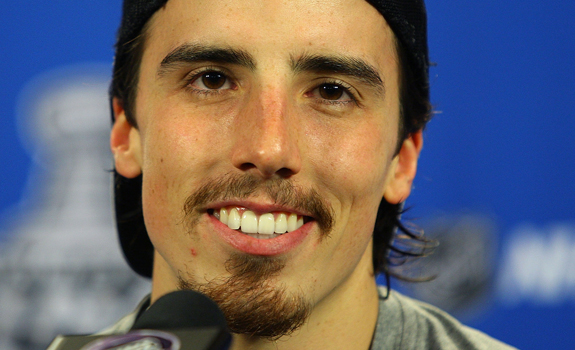 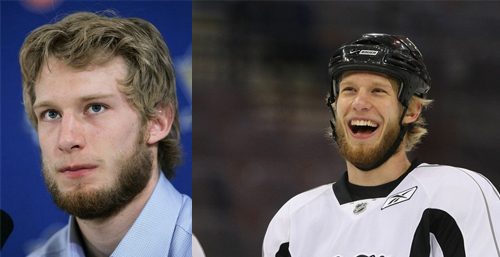 Here at #6 we have yet another Pittsburgh Penguin, easily the worst of the bunch. I mean, what the hell Jordan Staal? Are you Amish or something? 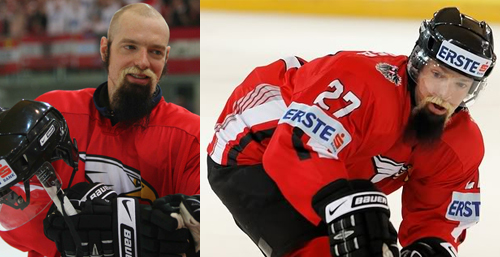 This beard was sported in 2009 during what I like to call the Dany Heatley Playoffs (aka the International Ice Hockey Federation World Championship). But hey, even though winning the World Championship is like winning the NIT Tournament, they are played at the same time of year as the Stanley Cup Playoffs, and this beard is too offensive not to include on this list. If the guy played for an NHL team instead the Austrian National Team, this would easily be #1. 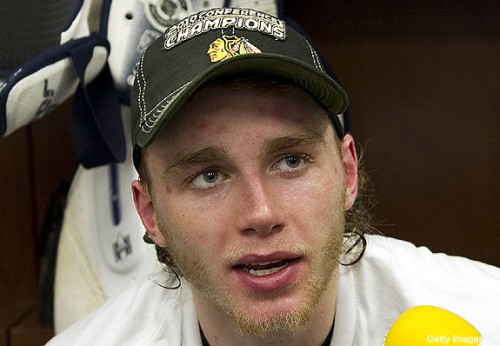 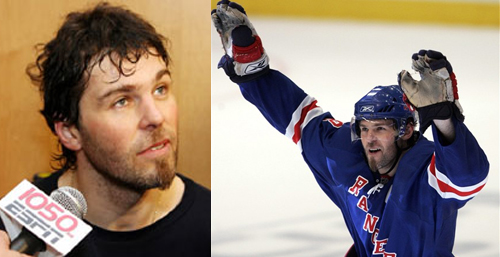 This is some shockingly terrible playoff facial hair. If he shaved the chin part off, it would be a Hitler ‘stache. Then again, if you remember what Jagr looked like during his glory days with the Penguins in the early 1990s, this 2008 look probably isn’t so shocking. 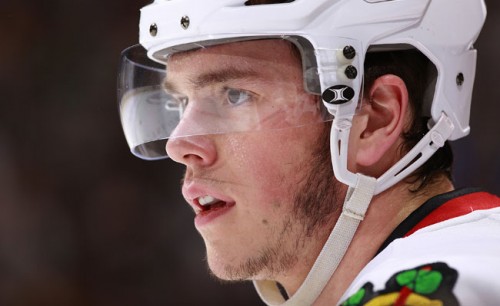 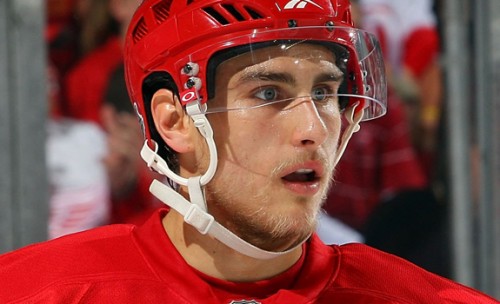 The #1 worst playoff beard in recent memory belongs Detroit Red Wing Valtteri Filppula. He may have been the hero in game 6 of Detroit’s second-round series against the trying-their-damnedest-to-choke-again San Jose Sharks, but his bristly Scandinavian whiskers are pretty brual. What’s most unfortunate is that the Finn can’t use youth as an excuse. At 27-years-old, he’s a seasoned veteran.