>Total Pro Sports
MLB
Picture Of The Day: Is This Worse Than Kissing Your Sister?

Picture Of The Day: Is This Worse Than Kissing Your Sister? 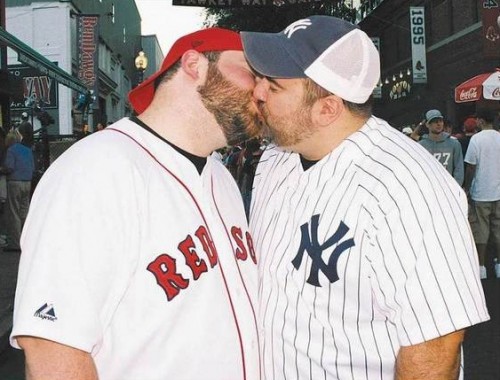 This has to be worse than kissing your own sister, right?  I mean, when it comes to rivalries in sports, Yanks vs. Sox is certainly among the most hated in North America.  It may even be among the most hated in the world, although, you have to believe with all the hooliganism and diehard soccer fans in South America and Europe that there are plenty of other nasty rivalries that trump this one.

So are these guys a couple or something?  Or did they both just lose a bet?

On a side note, the Yanks and Sox close out another one of their many series tonight in New York.  The Sox are looking to complete the sweep, which is even worse thank kissing your sister, if you are a Yankees fan.