This Day In Sports History (May 19th) – Jennifer Capriati 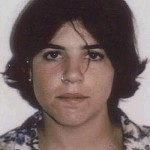 It was on this day in 1994 that 18-year-old tennis star Jennifer Capriati entered a rehab clinic.  Capriati was arrested earlier in the month for possession of marijuana.

Jennifer Capriati was a very gifted tennis player and at the young age of 14 she turned professional.  In her very first professional tournament she made it to the finals, beating four seeded players along the way, only to lose to Gabriela Sabatini, which is still a very impressive debut for such a young woman.  In the fall of 1993, Capriati decided to take a break from competitive tennis.  That is when she found herself getting into trouble.  On top of the marijuana charge, she was also involved in a shoplifting incident where she was accused of stealing a ring.