Those baseball fans who have grown tired of watching a bunch of grown men in tight pants scratching themselves on the field were offered a pleasant change of scenery last night during the MLB’s Celebrity All-Stat Game at Chase Field in Phoenix, Arizona.

Yes, there were still some grown men in tight pants taking the field, but they were overshadowed by the glorious sight of Kate Upton in a pair of skimpy shorts, a Yankees ball cap and an American League jersey.  Those looks weren’t enough to distract the National League team, who came away with the 5-3 victory, but they were enough to get our attention and inspire the following gallery, which also features a cameo appearance from the lovely Erin Andrews. 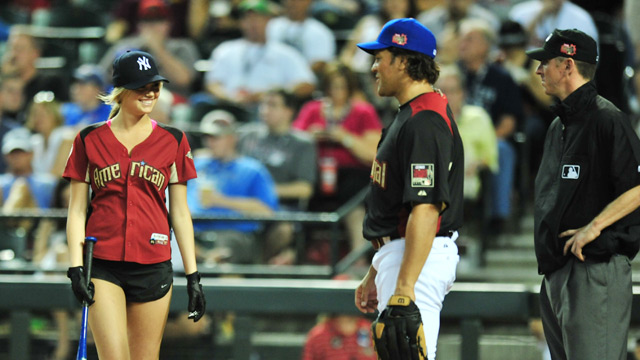 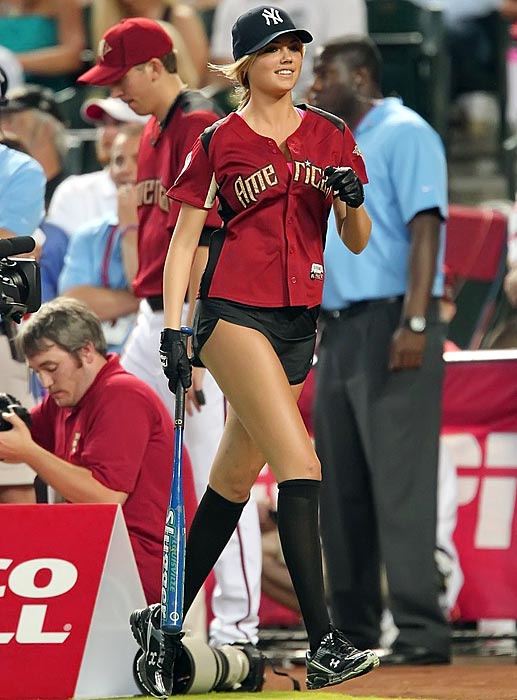 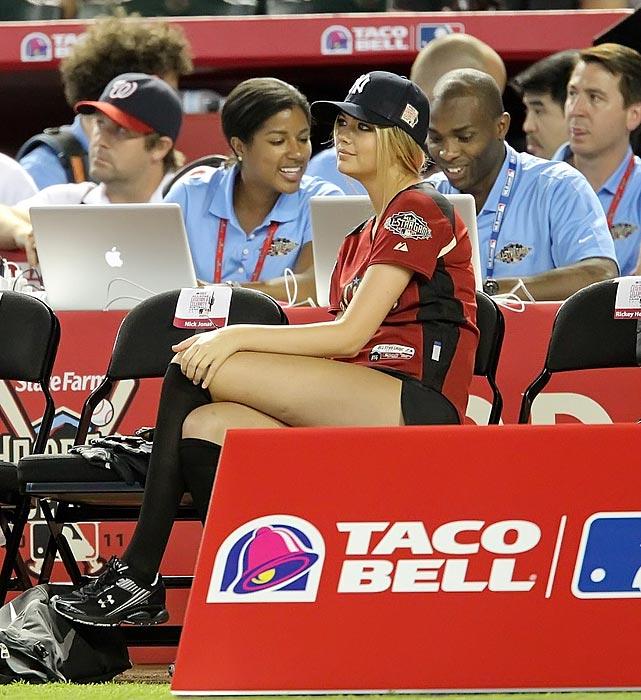 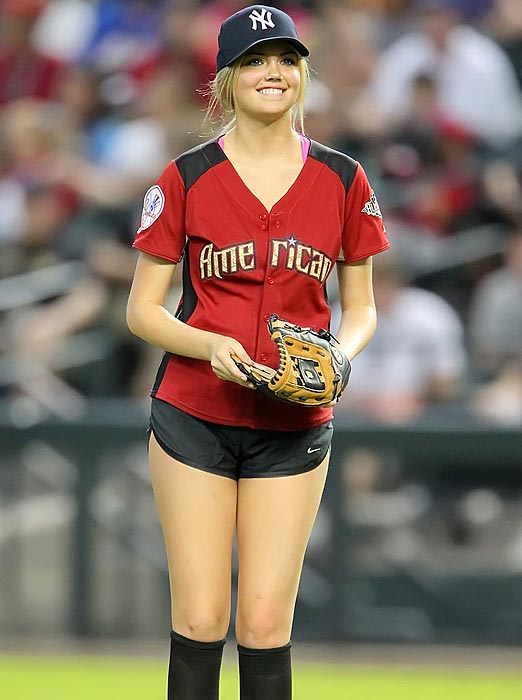 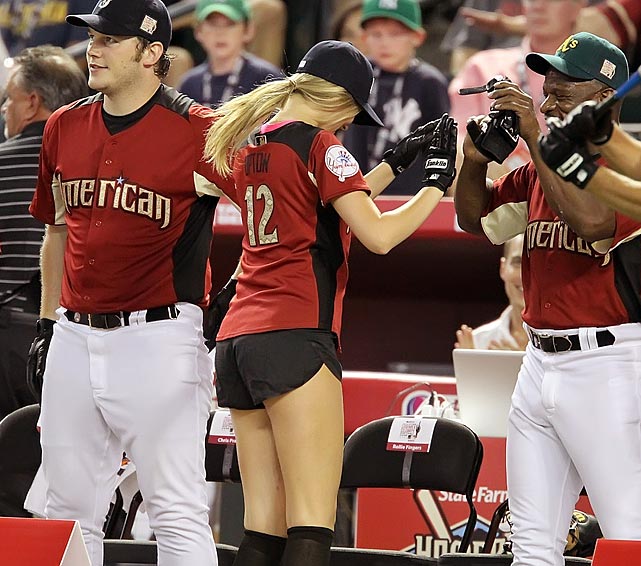 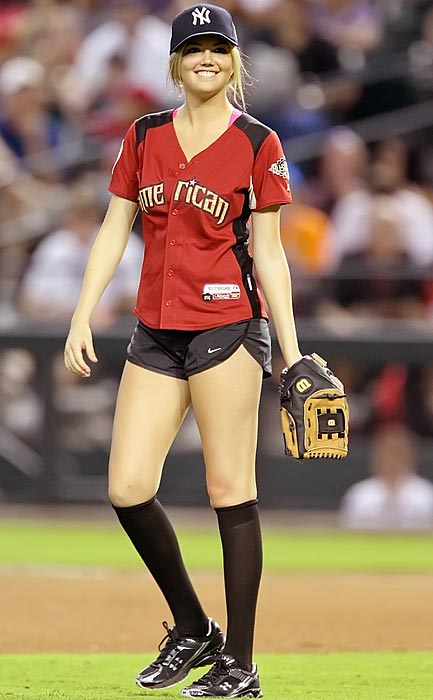 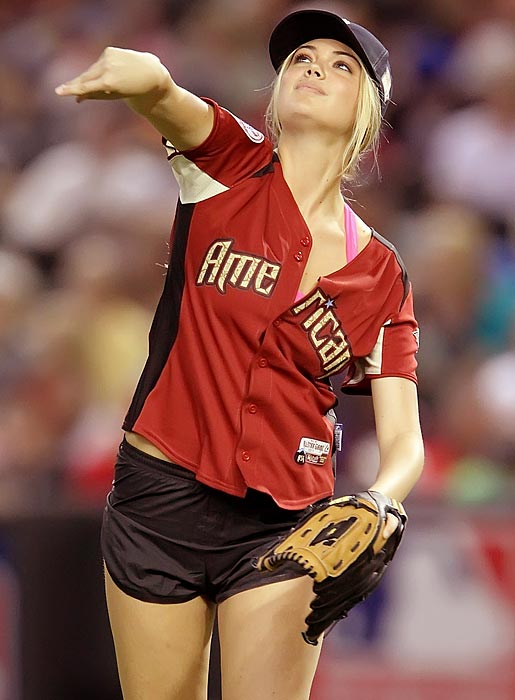 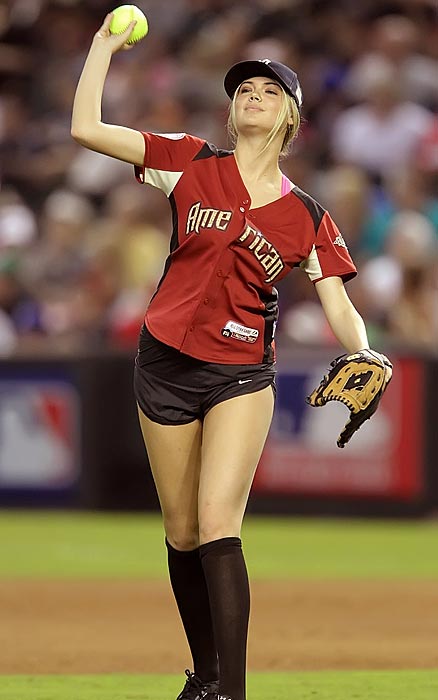 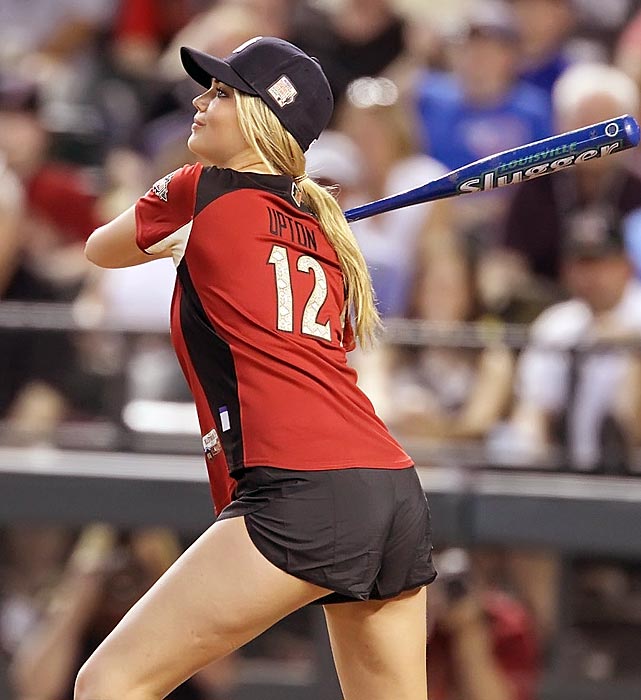 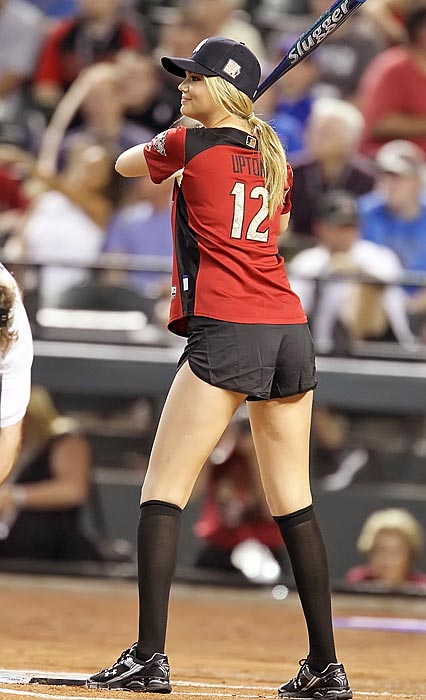 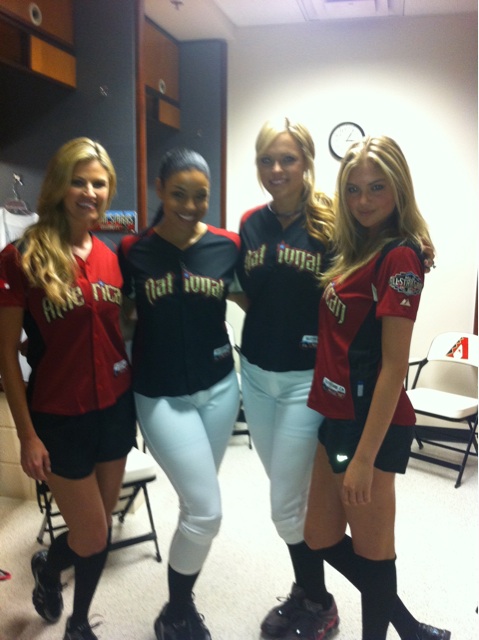