9 Oldest Soccer Clubs in the World 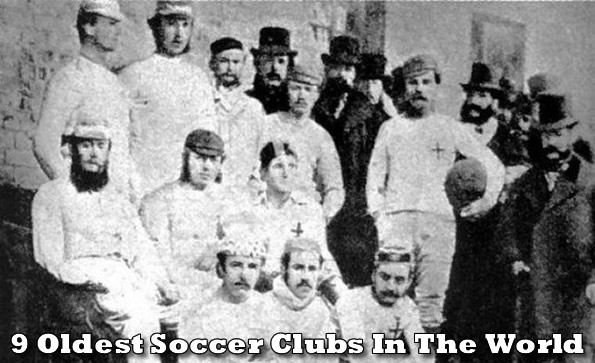 Football, soccer, calcio, fútbol, Fußball—whatever you want to call it, “The Beautiful Game” has a long and rich history. What’s interesting, however, is that this history is not very well known, given that we’re talking about the world’s most popular sport.

You see, “football” was a widely popular sport in England in the mid 19th century, but there was no one set of rules. Everyone just played it their own way. In 1863, a bunch of football organizations got together to come up with an official set of rules so that they could play each other without disputes. This was the first meeting of The Football Association. But the establishment of The FA led to a split between clubs who wanted players to run with the ball in their hands and clubs who only wanted players to kick the ball. Hence, from this point on, when people talked about football, they had to specify whether they meant rugby football—from which American and Australian football derived—or association football.

By the 1880s, however, the English were finding “association football” to be too cumbersome a phrase, so it was abbreviated to “soc’er.” This, of course, is the origin of the North American and Australian names for the sport. But while the name stuck in those parts of the world, back in England, soccer football had surpassed rugby football as the most popular version of the game by the turn of the 20th century. So they dropped the “association” and just started calling it “football.”

In any case, it was around 1860 or so that clubs playing strictly association football began to pop up. So, to take this history lesson a step further, here’s a list of the 9 oldest soccer clubs in the world. Of course, I say “world,” but it turns out they’re all from England. 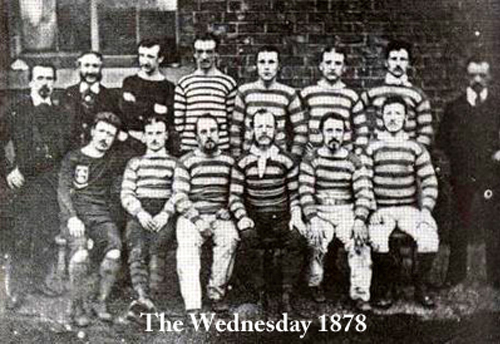 Originally established as The Wednesday Cricket Club in 1820—named for the day of the week they played their matches—they switched over to soccer in September of 1867 and played their first competitive match on February 1, 1868. The club officially turned pro in 1887. The pro soccer club was simply known as “The Wednesday” until 1929, at which point they were renamed the Sheffield Wednesday Football Club. Today Sheffield Wednesday F.C. plays in England’s Football League 1, the 3rd highest division on the English soccer league pyramid after the English Premier League and the Football League Championship. However, they have played as high as the EPL as recently as 1992, and the FLC as recently as 2010. 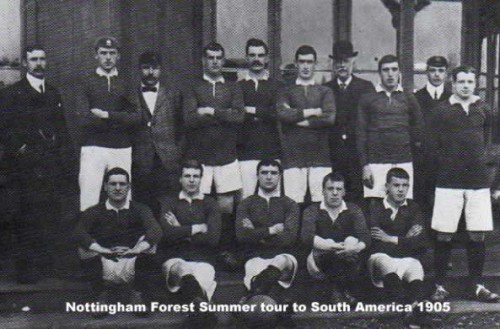 This club was founded in 1865 in the town of West Bridgford, England, and went pro in 1888. They currently play in England’s 2nd division Football League Championship, but have enjoyed successful stints in the top tier. In the 1977-78 season, Forrest (as they are known) etched their team’s name in English soccer history by becoming one of the very few teams to win England’s top league in their first year after being promoted from the 2nd tier. (The above photo is from the team’s 1905 tour of South America.) 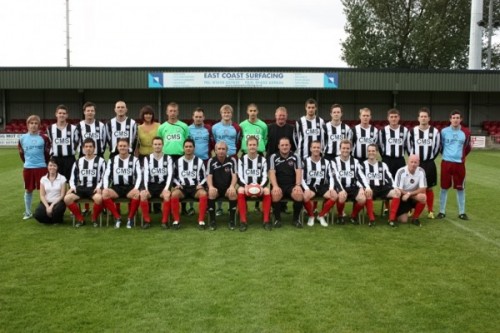 This little club from the town of Brigg in North Lincolnshire, England, was formed way back in 1864. Today they play in England’s Norther Premier League Division One South, which is way down at the bottom of England’s soccer league pyramid—the 8th tier to be exact. Of course, the way the league system works in England, it is theoretically possible for little BTFC to make it all the way to the English Premier League in as little as 7 seasons, though let’s hope no one in Brigg is holding their breath. 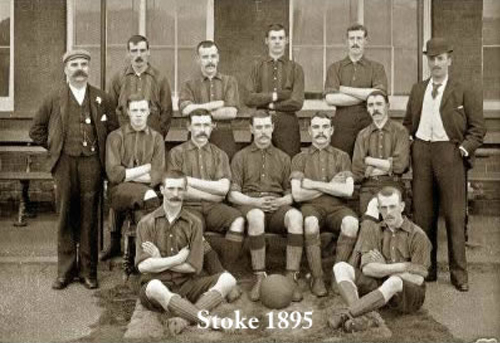 Founded in 1863 as the Stoke Ramblers Football Club, Stoke City F.C. is currently the oldest soccer club playing in the top tier of England’s soccer system, the Premier League. Of course, they only became the oldest team in the EPL when they were promoted from the second division in 2008. And they could cease to be the oldest team in the EPL should they place in the bottom three in the upcoming season. So really, the “oldest EPL team” title is always up for grabs. 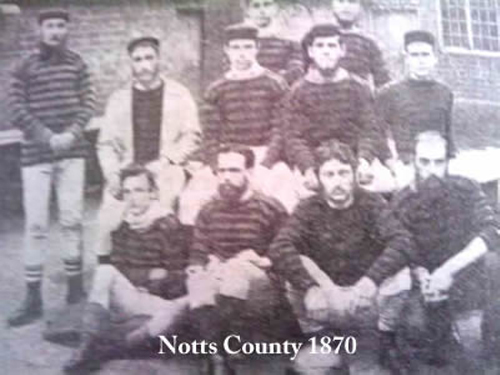 Stoke City may be the oldest soccer club in the EPL, but Notts County F.C. holds the title of “oldest professional club” in the world. Like Sheffield Wednesday, Notts County currently plays in Football League 1, English soccer’s 3rd division. The club has had a few tastes of glory, however. They played in the top division as recently as 1991-92—before the “super league” that is the EPL was established, all but marooning smaller clubs in the lower tiers. 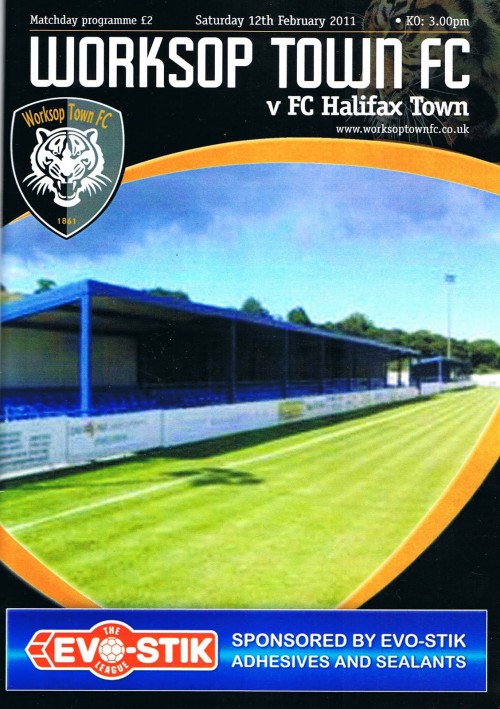 Worksop Town F.C. is a semi-pro soccer club currently playing in England’s Northern Premier League Premier Division, the 7th tier of England’s league system. Though the club has never made it above the 6th tier of the league system, they have some relative exciting moments in FA Cup tournament play. Most notably, in the 1920-21 season Worksop Town F.C. somehow managed to tie Tottenham Hotspur 0-0. To put it in perspective for North American sports fans, that’s like a high school football team earning a tie against the Buffalo Bills. 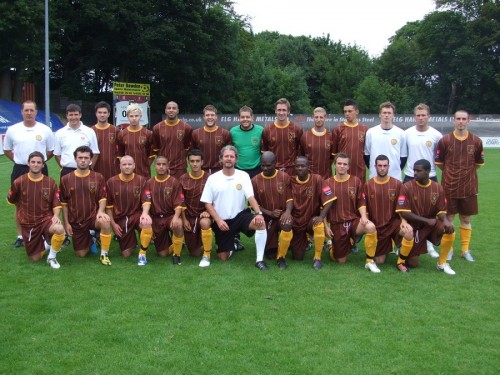 The Cray Wanderers are another semi-pro club—meaning players are paid something (maybe in beer?), but nowhere near enough to quit their day jobs. Like Worksop, Cray plays in the 7th tier of the English league system; however, they play in a league parallel to the Northern Premier League called the Isthmian League Premier Division. Also like Worksop, Cray has never been able to rise above the bottom levels of the English soccer pyramid. 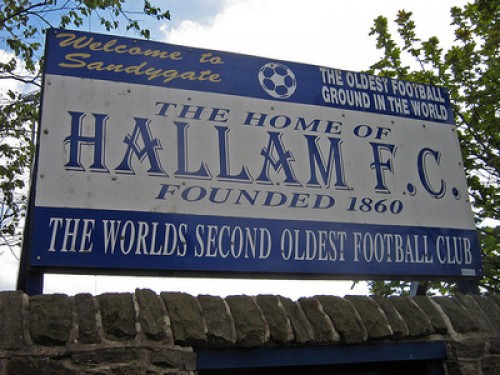 Hallam F.C. may be a small-time amateur soccer club from Sheffield, England, but the club’s history is pretty momentous. After being established in 1860, the club competed in the first ever inter-club match (against the world’s oldest team, Sheffield), then won what is believed to be the world’s first organized soccer tournament in 1867. Moreover, the team still plays on their original field at historic Sandygate, which the Guinness Book of Records recognizes as the oldest sport grounds in the world. So although they were quickly surpassed by richer clubs, Hallam F.C. was right there at the beginning of club soccer. 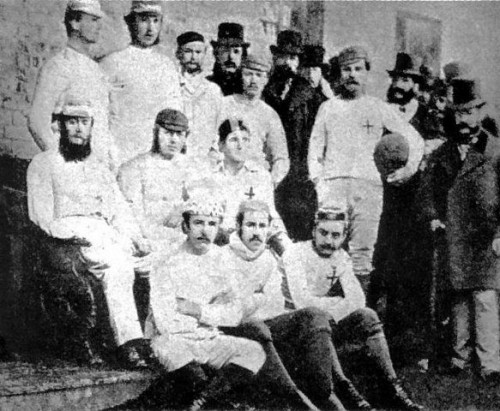 Sheffield is the world’s oldest soccer club. The club was founded a full 6 years before the rules of the game were even codified at the first meeting of The Football Association, and a full 3 years before they even had a fellow club to compete against. That club was of course Hallam F.C., with whom Sheffield shares the oldest soccer rivalry in the world. In 2004 Sheffield F.C. was awarded the FIFA Order of Merit, which seeks to honor those who have made significant contributions to the sport of soccer. They are one of only two clubs to be given this honor, the other being Real Madrid—talk about elite company.