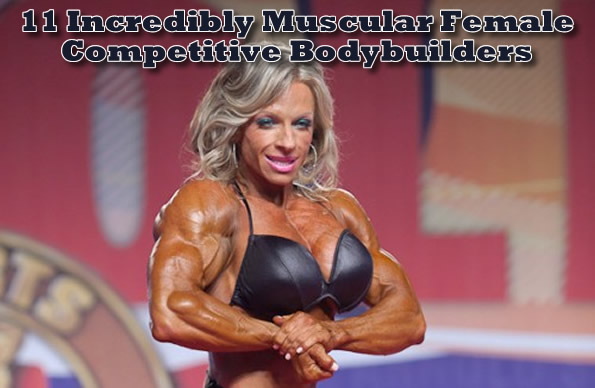 Yesterday, we brought you a list of the top 11 men from the world of pro bodybuilding. Today, we bring you the ladies. And while women’s bodybuilding is not quite as advanced as men’s bodybuilding as measured by the number of high-level competitors, like almost all women’s sports, this one is definitely growing. While there may be only 4 of 5 women who could realistically be declared contenders for the Ms. Olympia title next month, in a few years there will probably be at least 8 or 9. After that, who knows? Still, one thing is for sure: these bodybuilders are probably the only women in the world who will publicly announce how much they weigh. 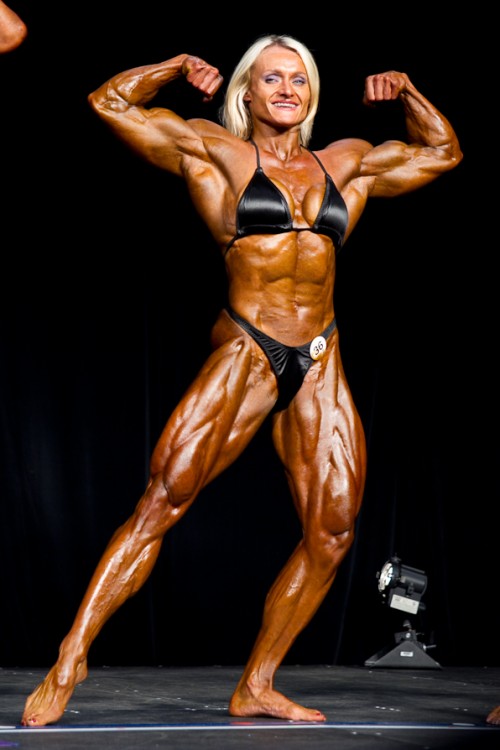 Brigita was born in Ptuj, Slovenia. The 31-year-old pro bodybuilder originally set out to have a career in the fitness category of the IFBB (International Federation of BodyBuilders) competitions, but when judges told her that her physique was more suited to straight up bodybuilding, she went all in. Since obtaining her IFBB pro card back in 2009, Brezovac has done quite well for herself. She won the 2010 IFBB Tampa Pro and the 2010 Europa Battle of Champions, and finished 10th in the Ms. Olympia competition. Not a bad start. 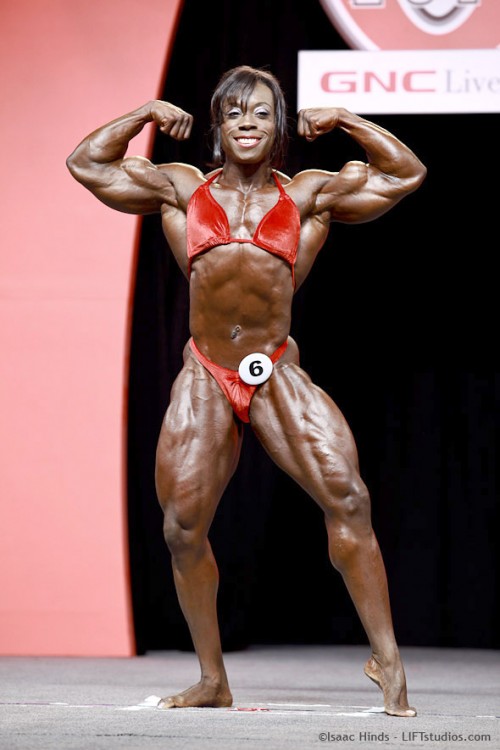 At 45-years-old, Heather Foster is probably getting close to the end of her pro career. However, you might not know it given that her recent results are much better than results obtained earlier in her career. In 2010, Heather took 3rd at the IFBB New York Pro (perhaps the third most important event behind Ms. Olympia and Ms. International at the Arnold Classic) and then a very solid 6th at Ms. Olympia. She had never even cracked the top 10 at Ms. Olympia prior to that. 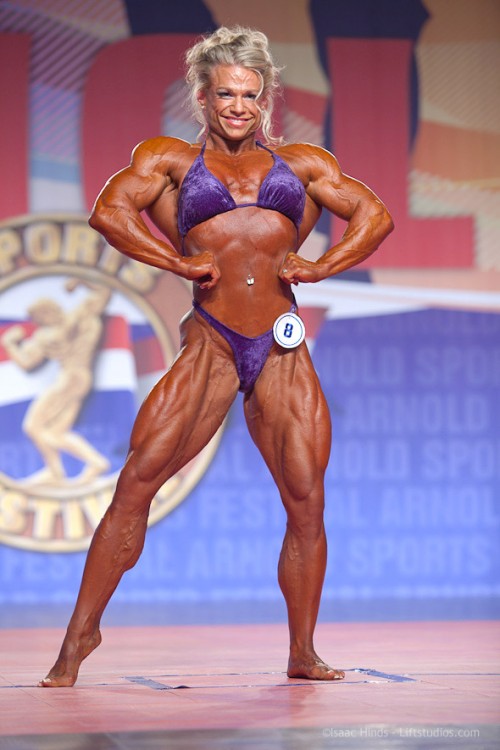 Height: 5’3”
Competition Weight: 125 lb
Off-Season Weight: 145 lb
Miscellaneous Stat: wants to “become the next face of female bodybuilding and give the rest of the world a more positive impression of muscular women” 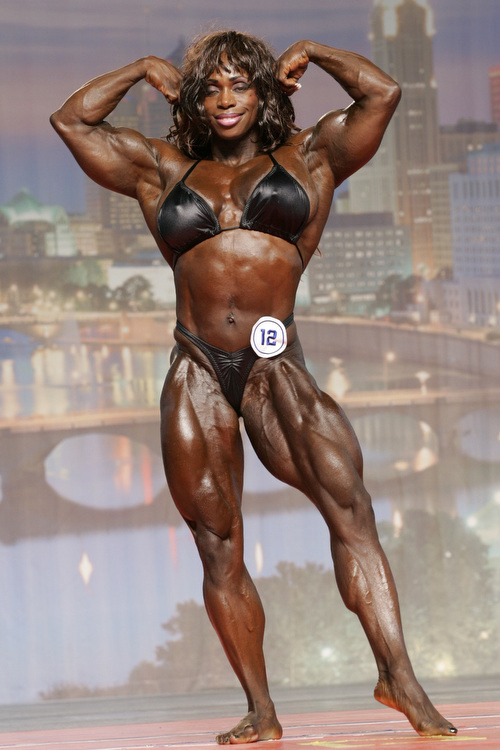 Dayana Cadeau is the greatest female bodybuilder to ever come out of Canada. Well, technically she was born in Haiti, but she was raised in French-speaking Quebec. The 45-year-old IFBB veteran turned pro way back in 1997 and, although she has never won an IFBB event, she’s been a strong competitor over the years. Her resume includes 2nd place finishes in the Ms. Olympia and Ms. International (2006-08), and a number of 1st place finished in the lightweight class. She finished 5th at last year’s Ms. Olympia, so look for her to go out with a bang at this year’s competition in September.

Height: 5’3”
Competition Weight: 135 lb
Off-Season Weight: 145 lb
Miscellaneous Stat: her nickname is “The Gift” (which is just the English translation of her last name) 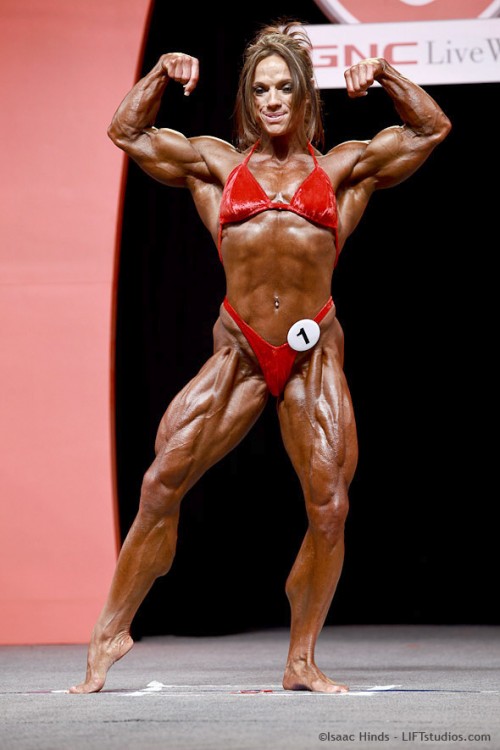 Sheila will turn 36 a month after the 2011 Mr. Olympia competition. To date her greatest finishes in IFBB competitions are a 2nd place showing at the 2010 New York Pro and a very solid 4th place finish at last year’s Ms. Olympia. It’s a short resume, to be sure, but this Oregon native appears to be moving up the IFBB food chain.

Height: 5’7”
Competition Weight: 158 lb
Off-Season Weight: 170 lb
Miscellaneous Stat: offers private 30 and 60 minute webcam sessions through her website. She explains, “For those who wish to have extended webcam time with me, which ever the reason is.* I do offer it for 150.00..  Please note, in help for your best outcome of your time with me. If your hiring specifically for nutrition and training knowledge, please be prepared for all questions you have so we can make the most out of your time. Once you have made your purchase I will contact you by email to set up the appointment. I will then add you to my skype or MSN which ever you prefer.”

*What do you suppose she means by that? 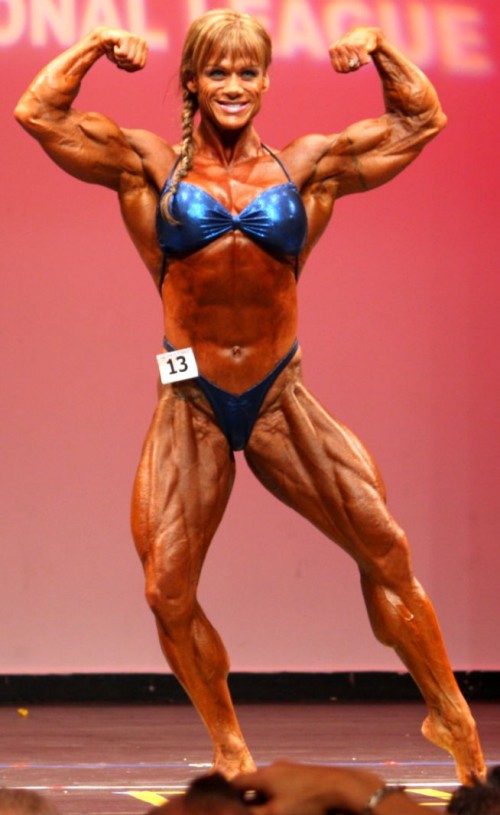 Dayana Cadeau may be Canada’s greatest female bodybuilder so far, but at 40 years of age Cathy LeFrancois will almost certainly surpass Cadeau with a few more quality finishes. Of course, LeFrancois has already won the IFBB New York Pro 3 times (2008-10), the Tampa Pro once (2011), and finished in the top 10 of Ms. Olympia and the Arnold Classic (i.e. Ms. International) numerous times (including a 6th place finish at the 2011 Arnold). LeFrancois could easily crack the top 5 at this year’s Ms. Olympia. 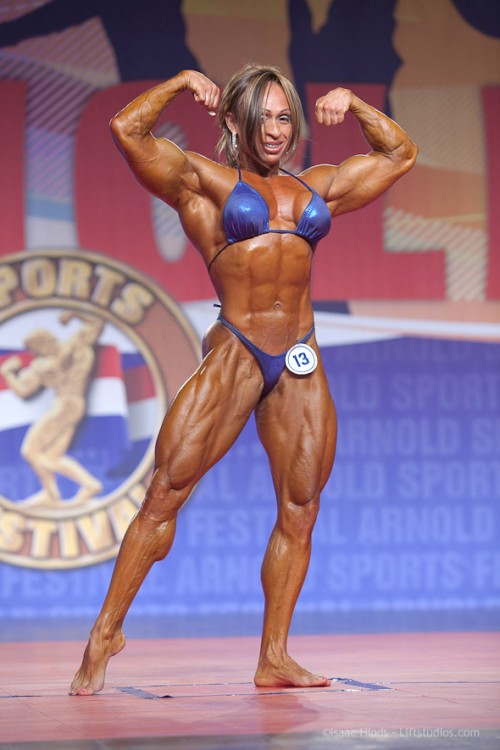 Betty Viana-Adkins will turn 40 this October. So, as you would expect from a pro bodybuilder at her age, the Caracas, Venezuela native has quite a long list of accomplishments. To go along with a number of top 10 finishes and minor IFBB competition victories, Betty has finished 2nd in both Ms. International and Ms. Olympia as recently as 2008. This September we’ll see how much she has left in the tank when she competes for the Ms. Olympia title. 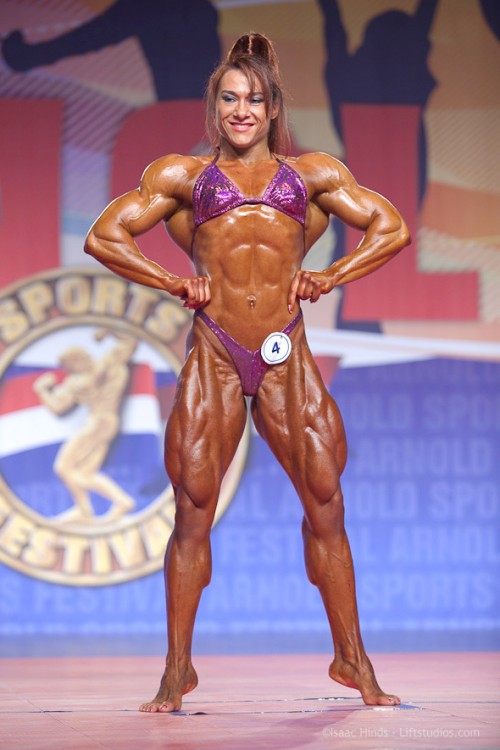 Alina was born in Romania but currently lives in Zurich, Switzerland. The 31-year-old IFBB pro bodybuilder only has a few truly notable finishes to her name—an 8th place finish in the 2010 Ms. International and a 3rd place finish this year—but they do foretell a strong future. The world will see whether she can take the next step when she competes in the Ms. Olympia for the first time this year. 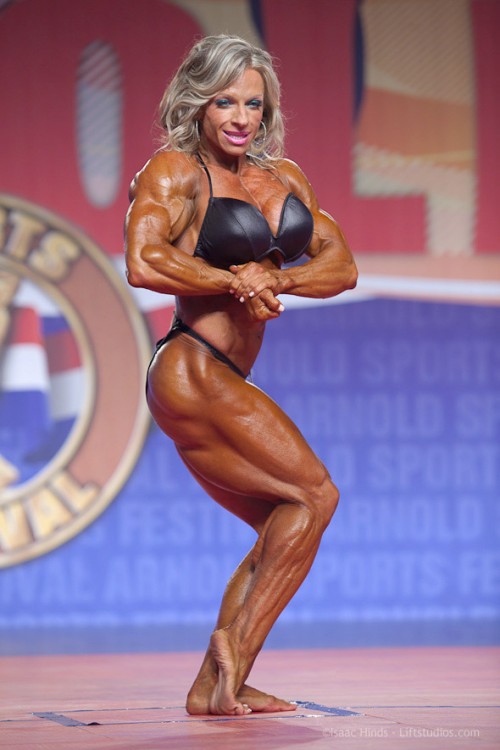 This 41-year-old Florida native is a lock for the top five at this year’s Ms. Olympia (September 16-18 in Las Vegas, NV). In the last 3 years Laszewski has finished 2nd, 3rd, and 4th in the Arnold Classic and 3rd (twice) in Ms. Olympia. That’s one hell of a track record. Were it not for the utter dominance of the last two women on this list, Debi surely would have a major championship under her belt by now. She really is a cut above most of the competitors we have already seen here. 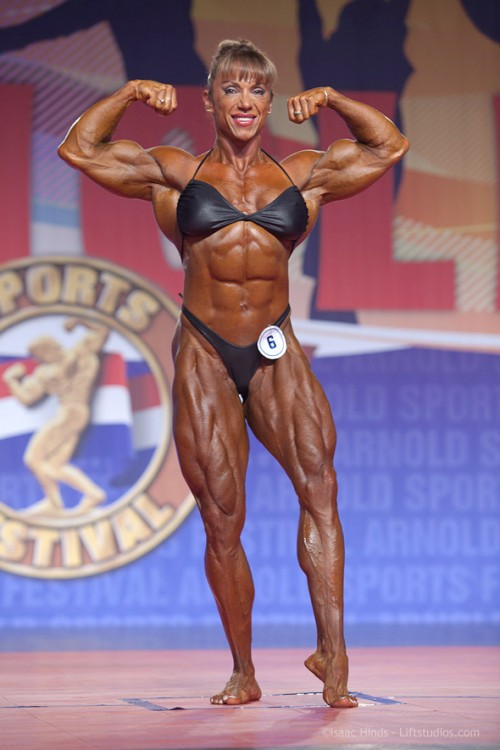 Okay, now we’re dealing with the cream of the crop. The world of professional women’s bodybuilding is completely dominated by the next two women. First up is 44-year old Yaxeni Oriquen. She has won Ms. International four times (2002, 2003, 2005, 2008), and has won Ms. Olympia (2005) and placed 2nd or 3rd five times. And that’s not even mentioning a slew of top 10 finishes in these and other big IFBB competitions. The only thing holding Yaxeni back from bodybuilding immortality these past 10 years is the #1 woman on list list.

Height: 5’7”
Competition Weight: 170 lb
Off-Season Weight: 190 lb
Miscellaneous Stat: if you live in Miami and have major cajones, you can hire Yaxeni Oriquen as your personal trainer 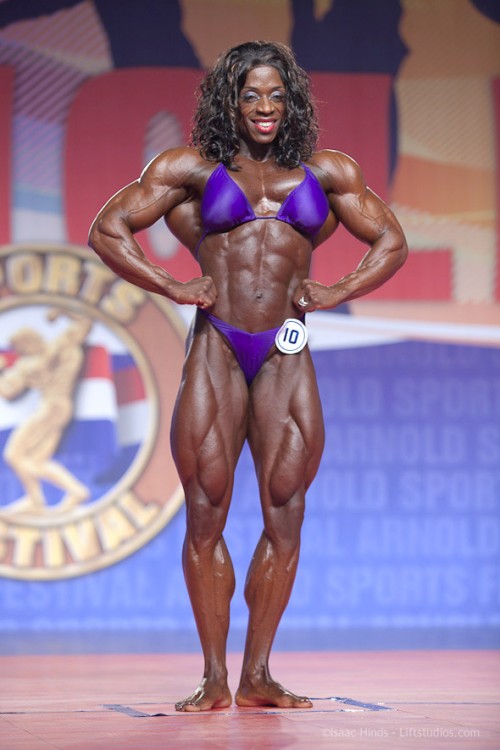