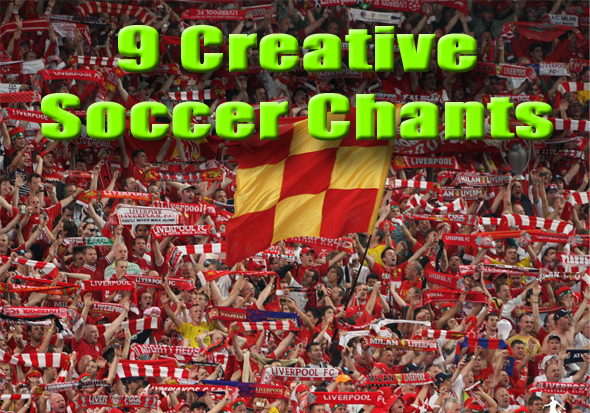 The greatest soccer league in the world—The Barclay’s Premier League—kicked off its 2011-2012 season this past weekend, and we thought it would great to celebrate the occasion by having a look at some of the best soccer chants in recent memory. Now, we here in North America are used to hearing creative chants at high school and college sporting events. But when it comes to professional sporting events, chants are pretty much limited to drunk guys shouting, “Hey ref, YOU SUCK!” Things are different in the world’s great pro soccer leagues. Fan clubs work hard to come up with a variety of clever chants that support their own team and taunt the opponents. Yeah, sometimes (okay, often) these chants can be in poor taste, but what’s life without a little grit? In any event, here are nine of the most memorable chants heard at soccer stadiums in recent years.

9. Classic “There’s Only One” Chant 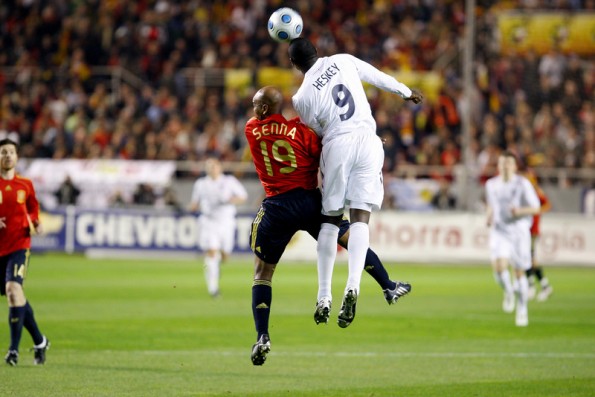 Okay, there are a couple things you need to know about English soccer chants. One, they are often sung to the melody of well-known songs. The one they most often use to praise specific players is “Winter Wonderland.” Yes, the Christmas song. Don’t ask me why. The other thing you need to know is that many of the chants that use “Winter Wonderland” also start out by proclaiming, “There’s only one [player name]…” The most famous example of this type of soccer chant was created by fans of the England national team to praise one of their players. The chant goes: “There’s only one Emile Heskey / One Emile Heskey / He used to be shite / but now he’s all right / Walking in a Heskey wonderland.” (Again, sung to the tune of “Winter Wonderland”) 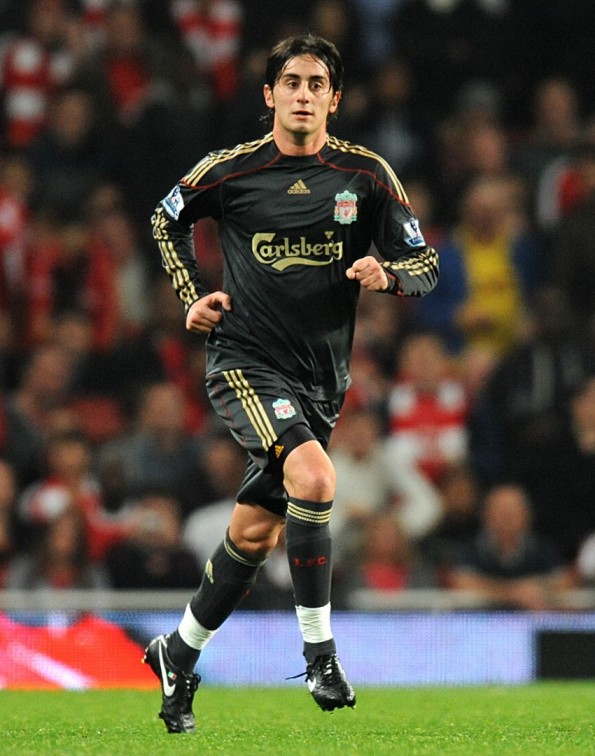 English soccer fans also like to make chants that use the melodies of hit songs. The best recent example of this type of chant: “I’m your biggest fan / I’ll follow you until you love me / Aqui, Aqui Aquilani.” This of course was sung by Liverpool fans to the tune of Lady GaGa’s “Paparazzi.”

7. Bob Marley Would Be Proud 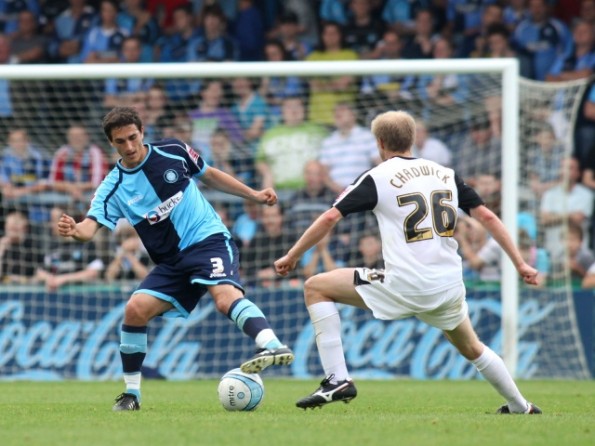 Awesome soccer chants are not always limited to the top tier of professional soccer. Fans of 2nd and 3rd tier teams are just as passionate and can be just as creative. For example, fans of the Wycombe Wanderers, who currently play in the 3rd tier of the English football league system, chanted “No Woodman, no cry” when their team took the lead in the second half of a game against Brighton despite losing their star player—Craig Woodman—to a red card in the first half. (In case you live under a rock: that’s a reference to Bob Marley’s “No Woman, No Cry.”)

If you have ever been to Scotland, you know that the Scots love deep-fried food. If you can eat it, they will deep fry it. Obviously, this penchant for cooking food in vats of boiling oil makes persnickety foodies shudder. So when their national soccer team plays international matches against nations with “fancier” culinary traditions, the Scots in attendance like to taunt the opposing fans by threatening to Scotchify their beloved national cuisine. In a match against Italy, for example, they chanted the threat, “Deep fry yer pizzas, we’re gonna deep fry yer pizzas.” And they did. (I bet it tastes amazing.)

5. What? Soccer Fans Are Racist? 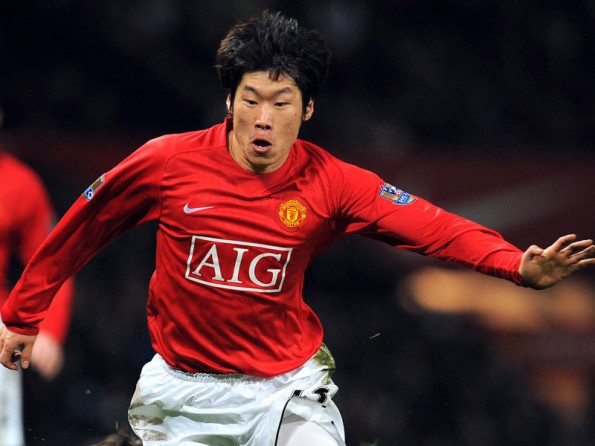 Who knew? Okay, everybody knew. Though to clarify: not all soccer fans are racist, just enough so that every major soccer league on the planet, as well as FIFA itself, is constantly running “Put An End To Racism” campaigns. The strange thing is, some soccer fans can be racist even when they are trying to be nice. Take certain Manchester United Fans, for example. They love star midfielder Park Ji-Sung, who is from South Korea. It’s just that they sometimes show their affection by chanting pretty “insensitive” things. For example: “He Shots, he scores, he’ll eat your labradors!” Now, yes, some people do eat dog meat in South Korea, but I’ve always found it’s best to avoid sweeping generalizations.

4. If Dino Were A Fulham Fan 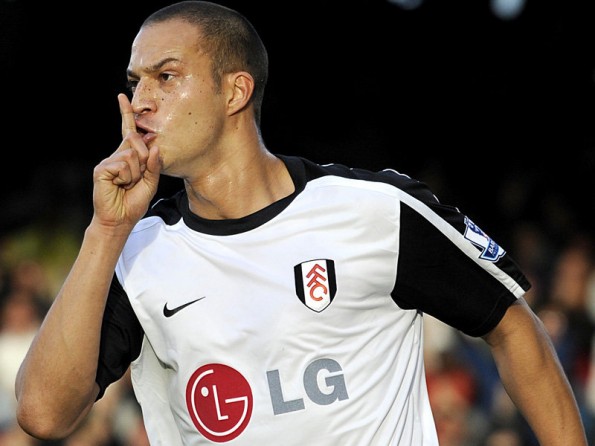 Here’a another chant set to the tune of a universally known pop song—namely, Dean Martin’s “That’s Amore.” Fulham FC fans like to give their goal-shy forward Bobby Zamora some gentle ribbing by chanting: “Wheeen… yooou’re… sat in row Z* / and the ball hits your head / that’s Zamora.” (I’m sure it really helps his confidence when he hears this song.)

*Remember, Americans, in England the letter “zee” is pronounced “zed” 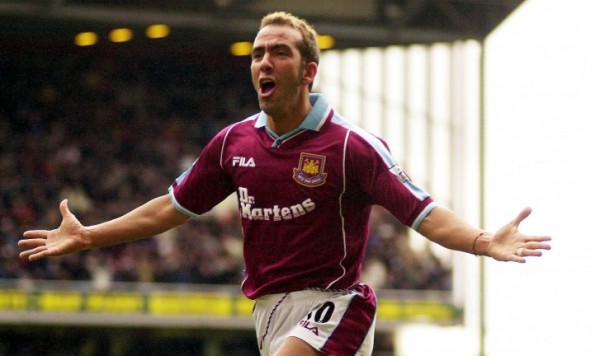 Liverpool FC supporters don’t have the best reputation around the world. Actually, to be perfectly straightforward, everyone pretty much thinks they are no-good hooligans. But I guess if you can’t shake a bad reputation, you might as well embrace it—which is precisely what Liverpool fans have done in recent years. The best example of this is the way they responded to West Ham United fans chanting “We’ve got [Paulo] Di Canio.” The retort went, “You’ve got Di Canio / We’ve got your stereo.” Is that not an all-time classic or what? 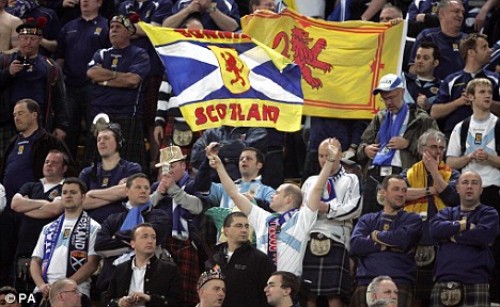 Sometimes the best chants are the simplest chants. Case in point: in an international exhibition of Scotland against Wales, the Scottish fans taunted the Welsh with the chant, “We hate England more than you!” You gotta love it when an inferiority complex becomes a source of pride.

(For North Americans not familiar with the complicated dynamic that exists between the constituent nations of the United Kingdom, this would like Boston Red Sox fans taunting Baltimore Orioles fans by chanting, “We hate the Yankees more than you.”) 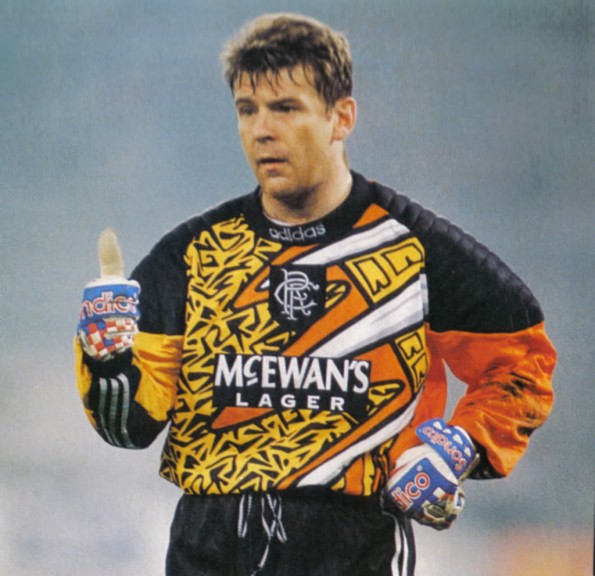 So, you remember how I explained that one of the most popular ways to celebrate a particular player is with a chant that starts, “There’s only one _____,” right? (See #9.) Well, back in 2006, longtime Glasgow Rangers goalkeeper Andy Goram was diagnosed with a mild form for schizophrenia. The next time the Rangers took the field, their fans gave the world the greatest soccer chant it had ever known. This chant went, “There’s only two Andy Gorams, two Andy Gorams…” I’m sure mental illness advocates were not pleased, but you have to admit, it’s pretty funny.