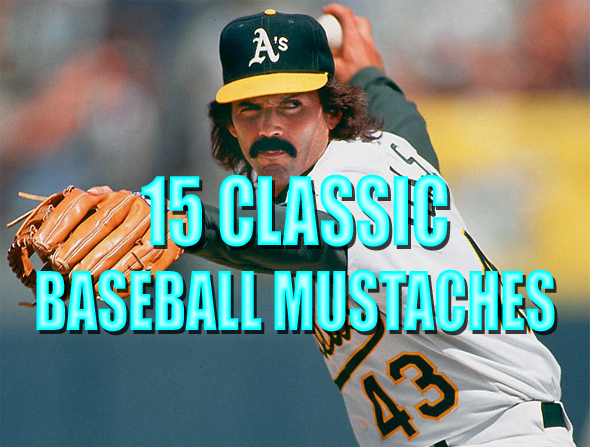 In the first half of the 20th century, baseball players were almost always clean cut young men of upstanding character. Or anyway, that is the image team owners wanted to present to the public. Fortunately for baseball fans, this is not the case today. Team owners and player alike eventually realized that, in order to compete for the hearts and minds of sports fans, it would be better if players had more “colorful,” entertaining personalities.

Thus began the era of the distinctive mustache in the game of baseball. Whereas these facial accoutrements were once as rare as a postseason without the Red Sox or Yankees, today mustaches are as much a part of baseball as spitting and on-camera crotch adjustments. In fact, some players are known more for their mustache than for anything they ever did on the field.

So here are 15 of the best mustaches in the history of the game. If the Baseball Hall of Fame had a Mustache Wing, these guys would be in it. 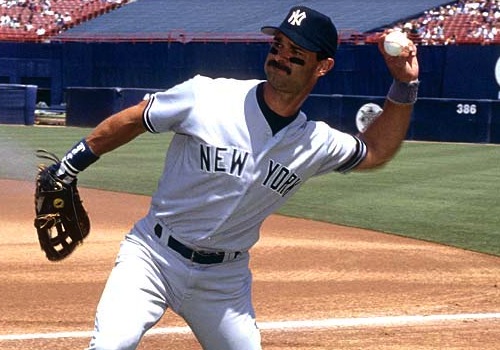 Together, Don Mattingly and Tom Sellick defined how the mustachioed man of the 1980s should look. Just bushy enough to be masculine but just thin enough to make him not seem like an old man, Mattingly’s mustache was just a thing of beauty. 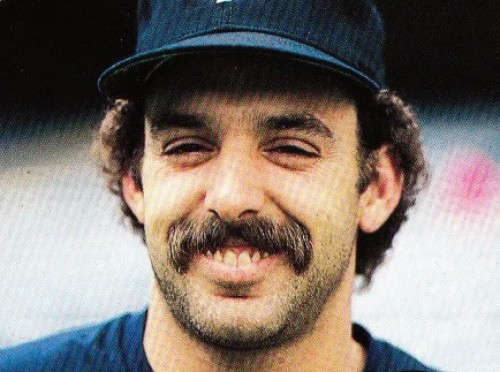 Gary Gaetti had his best days in Minnesota, helping the Twins win the World Series in 1987 by playing a slick third base and knocking the cover off the ball. (He hit 31 HRs that season, which would have been like 40 today, or 50 in 2001. So, yeah, he had a pretty good season.) Gaetti was never really known for his facial hair, but as you can see from this photo, the man could grow one hell of a mustache. 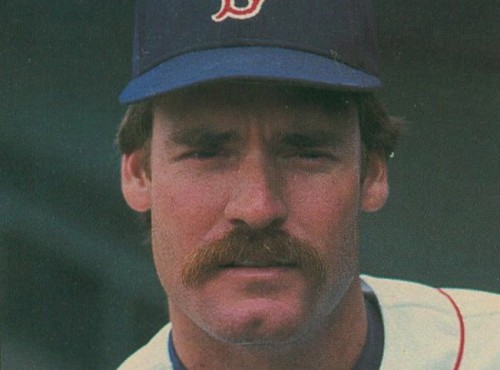 This legendary Red Sox third baseman was the yang to Don Mattingly’s yin, the omega to Mattingly’s alpha. In other words, he had an awesome, manly man’s mustache. Unfortunately, it did nothing to end Boston’s curse of the bambino, and Boggs and his mustache had to join the Yankees to win a World Series ring. 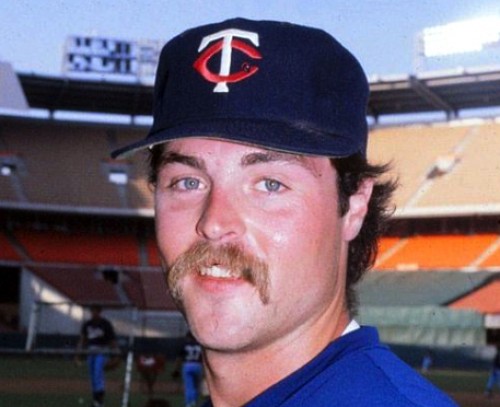 Brunansky is another member of the 1987 World Series Champion Minnesota Twins. Unlike Gary Gaetti, though, Bruno most definitely was known for sporting a killer ‘stache. While he definitely went wish a bushier look than Mattingly and Boggs (his era’s standard-bearers), I think he pulled it off. 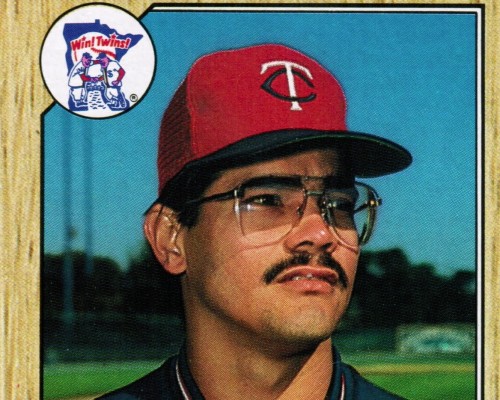 So the Minnesota Twins are well-represented in the classic mustache wing of the Baseball Hall of Fame. Alvaro Espinoza here didn’t get to win a ring with the Twins in 1987 (left after the ’86 season), but he did have a really nice mustache forever immortalized in his Topps baseball card. 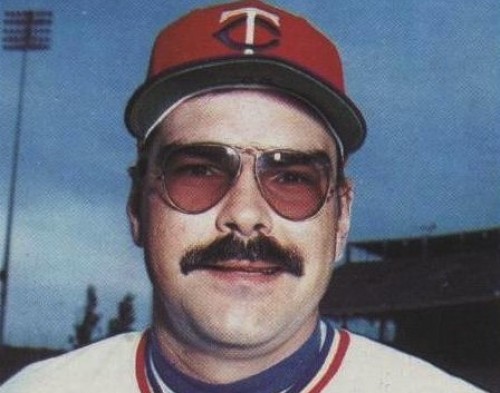 Alright, so now I’m beginning to think that the Twins had an official mustache requirement, because this is just getting ridiculous. Craig Kusick here played with the twins from 1973 to 1979. He was born and raised in Milwaukee, which looks about right to me. (I assume when this photo was taken he had a polish sausage in one hand and High Life in the other.) 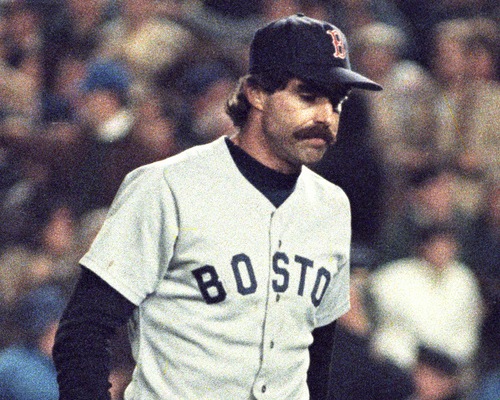 Poor Bill Buckner was an excellent defensive first baseman with an excellent bushy walrus mustache. Unfortunately, all he will ever be remembered for is a fluke error in game 7 of the 1986 World Series. Bummer. 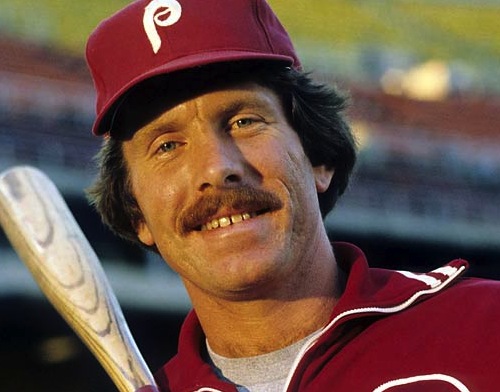 Schmidt is perhaps the best all-around third baseman of all time. It is also quite likely that he had the best mustache of any third baseman in MLB history. It was about the same thickness as those of Boggs and Mattingly, but it was tapered at the ends, which was made him look more aerodynamic. 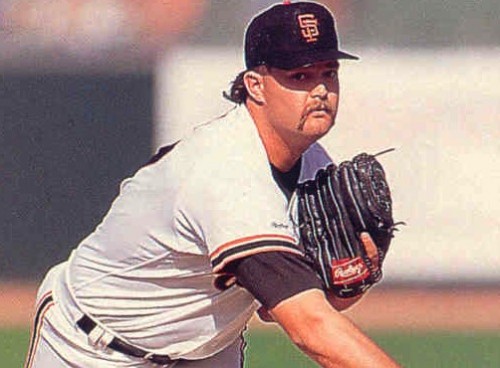 Beck was one of the greats from baseball’s “Slob Era”—i.e., the early 1990s. Along with pretty much the entire 1993 Philadelphia Phillies (a team that included John Kruk, Darren Daulton, and Lenny Dykstra), Rod Beck made Major League Baseball safe for guys who liked to wear t-shirts with the sleeves cut off and crush empty beer cans on their foreheads. Sadly, we lost Rod Beck (and his mustache) in 2007 at the young age of 38. But he (they) will live forever in our hearts. 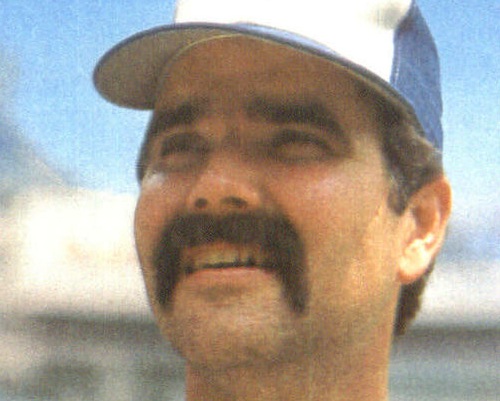 As a middle relief pitcher, Dennis Lamp never got a lot of attention. Maybe that’s why he decided to grow this amazing mustache. Without it, how many people would remember his excellent 1985 season with the Blue Jays in which he went 11-0 with a 3.32 ERA? 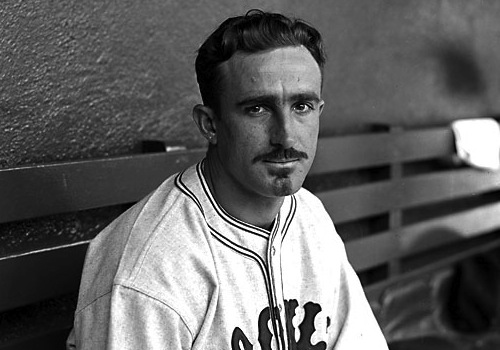 From the look of him (and the quality of this photograph), you might think Frenchy Bordagaray played back in the 1890s, when mustaches were common among major leaguers. But this was not the case. Frenchy played from 1934 until 1945. He was one of the only players from his era to sport a ‘stache. And man, was it every a good one. 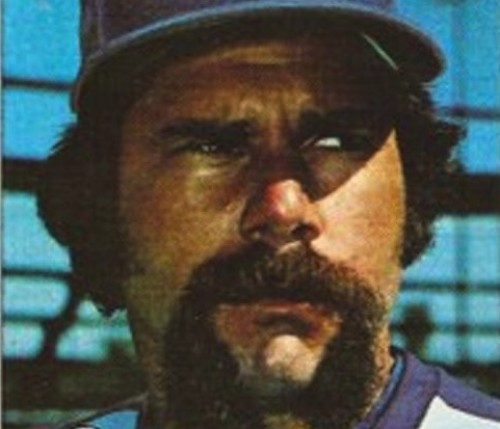 Al Hrabosky was a good relief pitcher for the Cardinals, Royals, and Braves, with a career 64-35 record and 3.10 ERA. However, he became a household name (in households with huge baseball fans) primarily because of his eccentricities. Between every single pitch “The Mad Hungarian” would stomp off the mound, angrily rub the ball, yell into his glove, stomp back onto the mount, and glare sadistically at the batter. And of course he did all this with the wildman’s mustache of choice: the wonderful fu manchu. 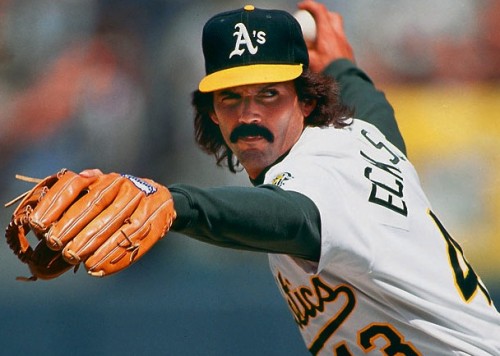 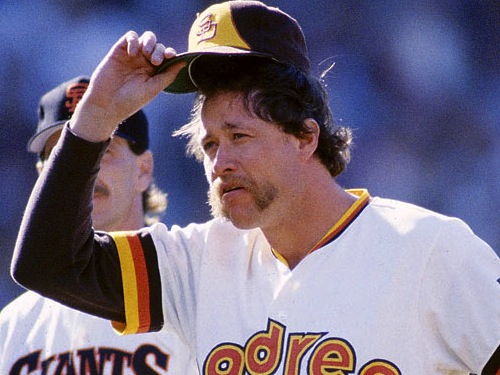 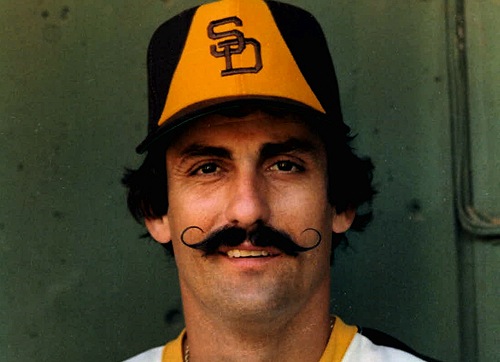 Old Rollie is one of the other two pitchers (along with Eckersley and some guy we won’t mention because he didn’t have an awesome ‘stache) to win the Cy Young and MVP in the same year. And he also has the best, most famous, most iconic mustache in the modern history of Major League Baseball. Obviously, he’s #1 on this list.