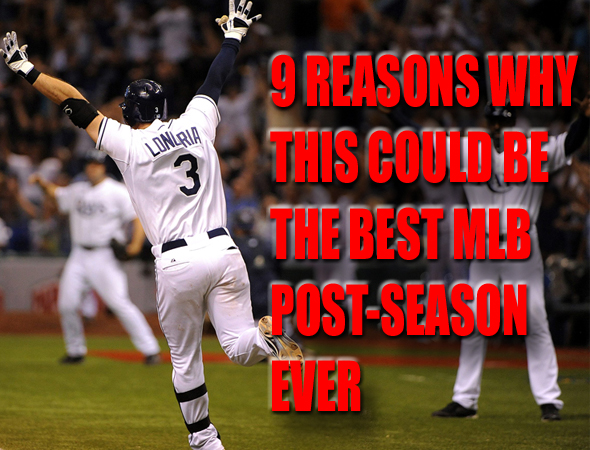 The 2011 MLB playoffs kick off tonight, with the Texas Rangers hosting the Tampa Bay Rays followed by the New York Yankees hosting the Detroit Tigers. This year, however, the biggest question going into October isn’t so much, “who will win the World Series,” but instead, “is there any way the playoffs can be half as exciting as Wednesday, September 28, 2011?”

Yes, it’s pretty clear that Wednesday will go down as the greatest night in the history of American pro sports. (If you can think of a single day that was more incredible, I’m all ears.) If you’ve been living under a rock, that’s when the Boston Red Sox and Atlanta Braves both completed epic late-season collapses by coughing up 9th inning leads. Oh, and for good measure, the baseball gods threw in a legendary comeback by the Rays, capped off by a walk-off home run in the bottom of the 12th inning. No big deal.

It was just an insanely thrilling, almost impossible night of baseball. But far from overshadowing the post-season, I think this incredible finish to the regular season will only make October that much better. Skeptical? Well, you might as well hear me out. So here are my reasons for why this may be the best post-season in baseball history.

9. The Yankees Aren’t Really the Favorites 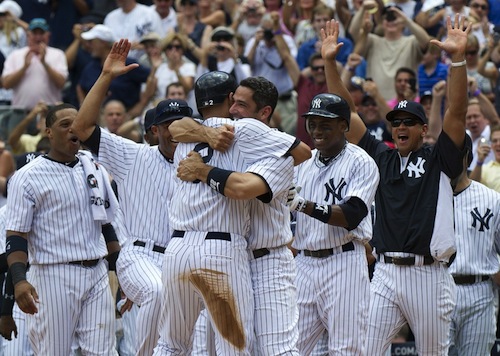 For once, the Yankees are not the team everyone assumes will win the World Series. Yes, they are very, very good. You would have to be crazy not to give them pretty good odds. Still, ever since spring training, all anyone could talk about was the Philadelphia pitching rotation, and that has not changed. What this means is that you might be able to watch 10 or 15 minutes of a game without hearing about Derek Jeter’s “intangibles” or the Yankees’ “tradition.” I don’t know about you, but for me, that’s a serious upside. 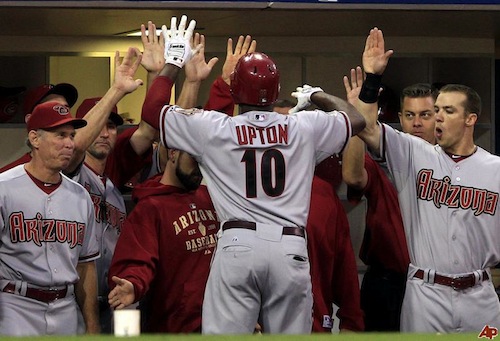 This year, the giants and the minnows are a lot closer together. Not one single team stumbled into October, and not one single team had fewer than 90 wins. Best yet, the two least-known teams—the Diamondbacks and Brewers—are facing each other in the NLDS, which means at least one of them will get a crack at making the World Series. And when they get that shot, no one will be able to look back and say, “oh, well, they just got hot at the right time.”

What this means is that, this October, there’s a good chance we could see some giant slaying. 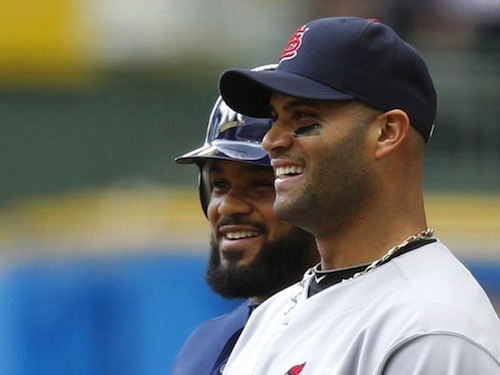 This year, for the first time ever, some of the biggest sluggers in the game today will be playing in the same post-season. Just check out this list: Pujols, Holliday, Berkman, Braun, Fielder, Hamilton, Longoria, Teixeira, Granderson, Cabrera, Martinez, Howard.

So buckle your seats and put your trays in the upright position, folks. This could get crazy. 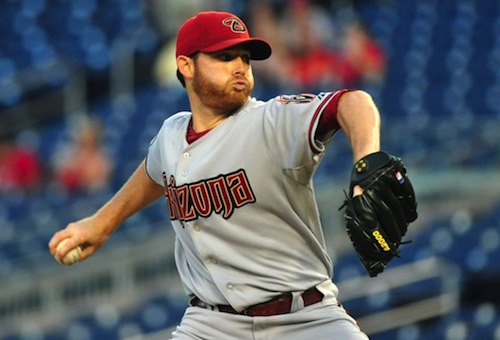 In addition to the superstar sluggers everyone knows, there are a ton of awesome players you may never have even heard of. This post-season could be their coming out party.

For example, on offense, there is Detroit’s Alex Avila, who batted .295 this year with an OPS of .895. Then there is the afore-mentioned Rangers second baseman Ian Kinsler—not exactly a household name, but he hit more home runs (32) than home run derby champ Robinson Cano (28).

There are even more fantastic “unknown” pitchers. In the NL, the Diamondbacks Ian Kennedy had a phenomenal year, posting a 2.88 ERA in a solid 222 innings pitched for a 21-4 (!) record. That puts him in the top 10 in all of baseball. But have you even heard of him? The Milwaukee Brewers meanwhile have a closer who’s so good that, when they traded for save-machine Francisco “K-Rod” Rodriguez, they made him their set-up man. Do you know what this closer’s name is? It’s John Axford. He was second in all of baseball with 46 saves this year, and there were only 2 closer’s with ERAs lower than his 1.95. One of them is named Mariano Rivera…pretty good company. 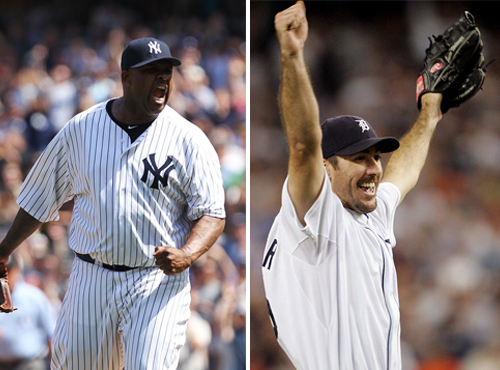 How is this for a game 1 pitching matchup? Soon-to-be AL Cy Young winner Justin Verlander and his 100-mph fastball versus 8 ft. 475 lb. former Cy Young winner CC Sabathia. And if we’re lucky, we’ll get to see them square off again before one of their teams is eliminated. 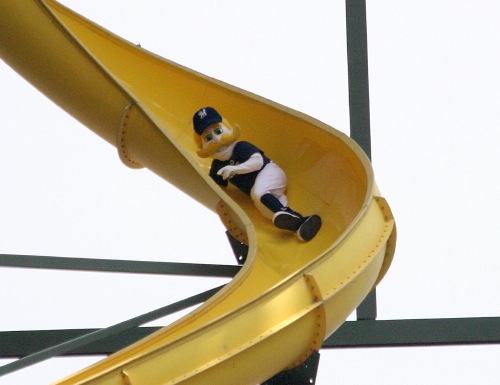 On the NL side, if the Phillies and Brewers come out on top in their division series, not only would we have some great baseball in the NLCS, but also an all-time great matchup of two classic mascots. I’m talking the Phillie Phanatic versus Bernie Brewer in a re-match of 2008. Pretty awesome. And if Milwaukee brings out those human sausages for a sausage race? Well, it doesn’t get any better than that, my friends. (Dear Milwaukee Brewers: please bring out the sausages.) 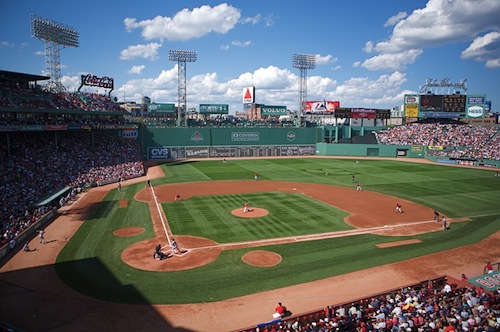 I feel sorry for Boston Red Sox fans. Kind of. It would be hard on any fan to cope with such an ignominious failure. That being said, ever since Boston sports teams actually starting winning things in the early 2000s—first it was the Pats, then the Red Sox, then the Celtics, and now the damn Bruins, too—Boston fans have become kind of insufferable. Before, all the moaning and complaining and trash talk was cute because we thought it helped them cope. Then they won, and yet kept moaning and complaining and trash talking. So it’s not so cute anymore. Plus, we’re all just sick of Boston winning everything, so it’ll be great to know they can’t win this. 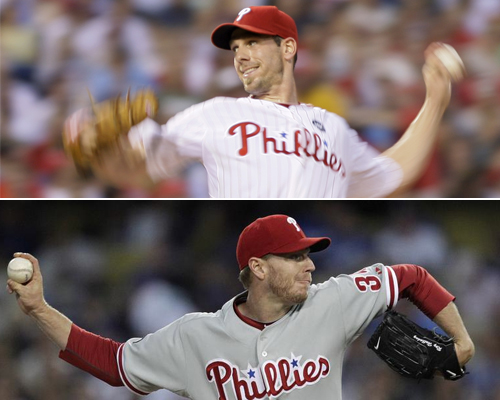 As I mentioned right off the bat, everyone has been talking (and talking, and talking) about Philadelphia’s pitching staff since the day they signed Cliff Lee. And rightfully so, I think. How could you not get excited about Roy Halladay, Cliff Lee, Cole Hamels, and Roy Oswalt? If there was a Pitching Hall of Fame for the last ten years, these guys would be the first four inducted.

But the most amazing thing about this Phillies rotation is that it actually lived up to the hype. Halladay (2.35), Lee (2.40), and Hamels (2.79) finished the season 2, 3, and 6 in ERA. Hamels, the Phillies’ #3 starter, would be the ace on any team not located in San Francisco, Detroit, or Los Angeles.
This could be good. Real good. 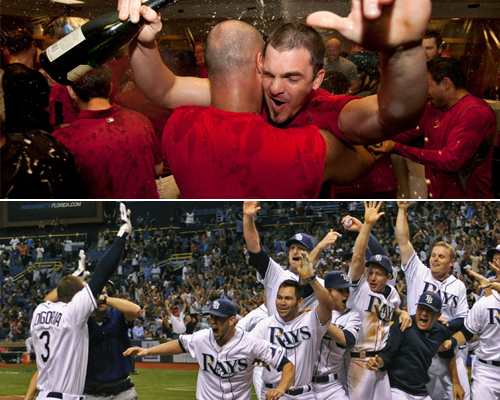 The Cardinals and Rays just completed historic comebacks. Yes, the Braves and Red Sox played miserable baseball in September, opening the doors. But the teams from St. Louis and Tampa Bay played their asses off to step through the doors.

Obviously, there is no guarantee that these two teams will go far. In fact, given the opponents they will face, it’s not very likely. But if they do go deep into October? That would only add to the folklore of the legendary finish to the 2011 MLB season. And it would be awesome.