Everyone Wants A Piece Of Megatron’s Behind (Pic) 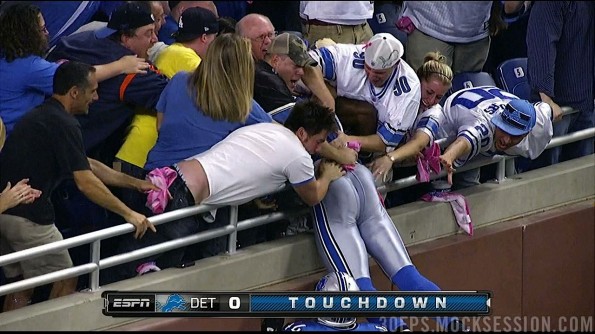 By his standards, Calvin Johnson had a rather slow night during the Lions’ 24-13 victory over the Chicago Bears on Monday.  Megatron headed into the game having scored two touchdowns in each of his first four games of the 2011 NFL season, but he was only able to manage one touchdown and 130 yards in front of a primetime national audience.

Yes, it was certainly a slow day for Calvin Johnson, but the fans at Ford Field were still showing his ass some love following his only touchdown of the game.

P.S. We are joking about all of the “slow night” and “only one touchdown” stuff.