13 Worst Team Owners In The History Of Pro Sports 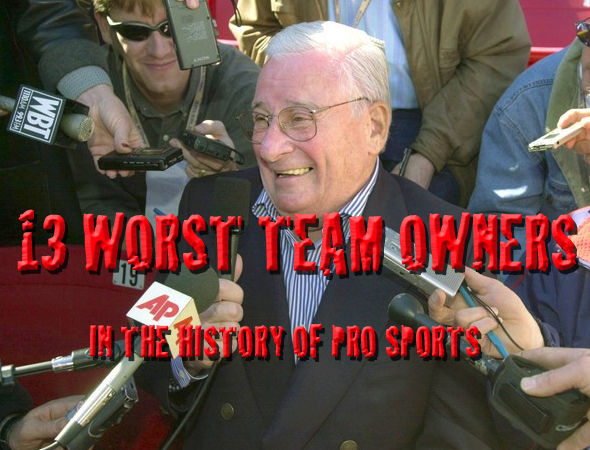 Determining the worst team owners in the history of pro sports is no easy task. There are a surprisingly large number of people out there who managed to become extremely rich despite not having a clue about how to run a successful business. Nevertheless, I’ve managed to cut the list down to the worst 13.

Now, to give you an idea of how terrible these 13 owners were (or still are), the following is a list of terrible owners that didn’t even make the list:

Anyway, here’s the list—the worst of the worst. God help you if your team is on it. 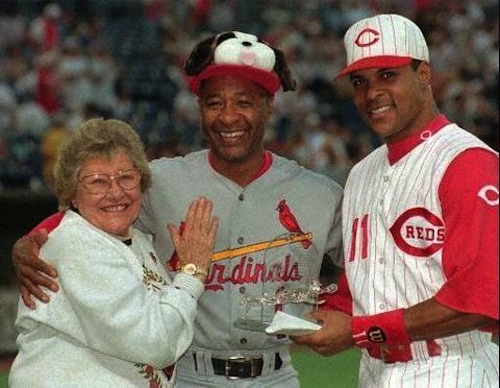 You gotta give credit where credit is due: Marge Schott was a woman of the people, always looking out for the little guy. So long as the little guy was white…and Christian. During her tenure as owner of the Reds, Schott kept tickets and concessions cheap and family friendly. However, she also famously referred to Eric Davis and Dave Parker as “million-dollar [n-words].” Oh, and then there was that time she said she thought, at first, Hitler wasn’t so bad. And then there was the time she didn’t really deny saying “sneaky goddamn Jews are all alike.”

In addition to being a flagrant racist, Schott was overly attached to her St. Bernards—Schottzie and Schottzie 2—and let them roam anywhere they wanted in Riverfront Stadium. That meant dog shit on the astroturf. Also, when Cardinals shortstop Ozzie Smith retired in 1996, Marge gave him a thoughtful gift—a hat with a dog on it. 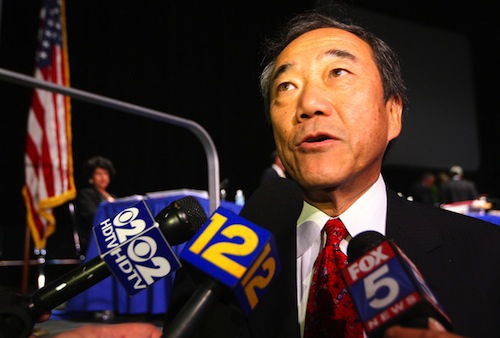 Charles Wang’s terrible management of the New York Islanders has ensured this once proud franchise, winner of four Stanley Cups in a row from 1980-84, will be crappy for a long time to come. Now, to be fair, the Isles have made the playoffs four times under his ownership. But that’s not nearly enough to make up for one of the worst contracts in the history of pro sports (perhaps only second to Vernon Wells’ contract): goalie Rick DiPietro’s 15-year, $67.5 million deal. This deal, which was handed out after the salary cap was instituted, ensures that the Islanders will have $4.5 million of their team salary going to one guy (who’s always injured) for the next decade. How does an owner not know that’s a bad contract? 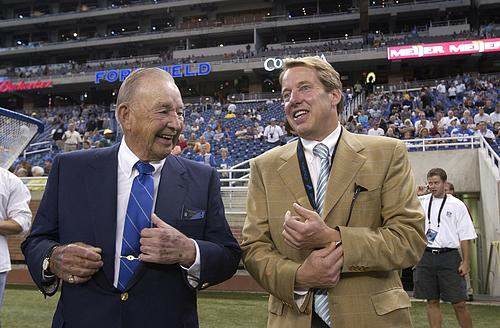 Bill Ford Sr. has owned the Lions since 1963. Since that time, they have won 10 games only four times. Four 10-win seasons in 47 years. The lone “golden age” were the Barry Sanders years in the 1990s. During that decade, they made the playoffs 6 times; however, two of those playoff teams were 9-7, one was 8-8, and over those 6 trips to the playoffs the Lions won 1 game. Except for 1991 when they won 12 games, those 90s teams were pretty mediocre. And, of course, since then, the Lions’ greatest achievement? Becoming the first team in NFL history to go 0-16 in 2008. Just embarrassing. 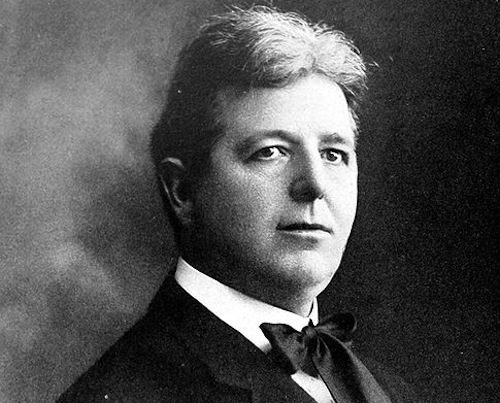 Every baseball fan, and probably most sports fans, has heard of the infamous “Black Sox Scandal” in which players for the Chicago White Sox conspired to throw the 1919 World Series. Well, the players were just greedy compulsive gamblers with no respect for the game. They were guys who were underpaid and forced to play for the stingiest bastard in baseball. You see, this was back before the days of free agency. Team owners literally “owned” a player in the sense that they had exclusive rights to their services once signed. So players had to take whatever the owner would give them for a salary. And the White Sox superstars made substandard salaries.

But it wasn’t just the low wages. Comiskey was stingy in other ways. For example, he forces players to launder their own uniforms. (And it’s not like they had Kenmores back in 1919.) In 1919, he promised the whole team a “bonus” is they won the pennant. They did, and the bonus turned out to be a case of flat champagne.

So, while I’m not saying two wrongs make a right, you can at least understand why the White Sox players would be tempted to stick it to their son-of-a-bitch boss and throw the Series. And in any case, treating players so poorly that they’d rather lose than win makes you one of the worst team owners in history. 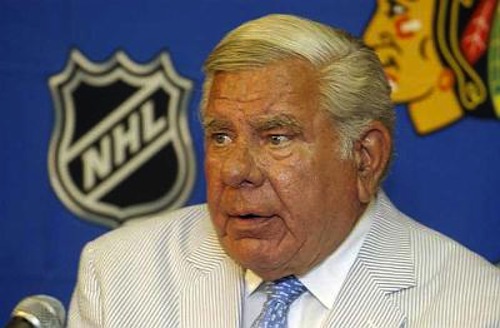 The Blackhawks were good in the late 80s and early 90s. But besides that short period, this once proud original-six franchise pretty much stunk for the entire time “Dollar Bill” Wirtz owned them. Fans blamed Wirtz for the departure of every major star the team had from 1968 to 2008. Sometimes, this was fair (as with Denis Savard), sometime this was not (as with Bobby Hull). But you can’t deny the results: one way or another, they sucked. And what was worse, though the Hawks were terrible, ticket prices skyrocketed (averaging over $50 a seat) even while the guy refused to televise home games. In other words, he really knew how to cozy up to the blue-collar Chicago fan base. 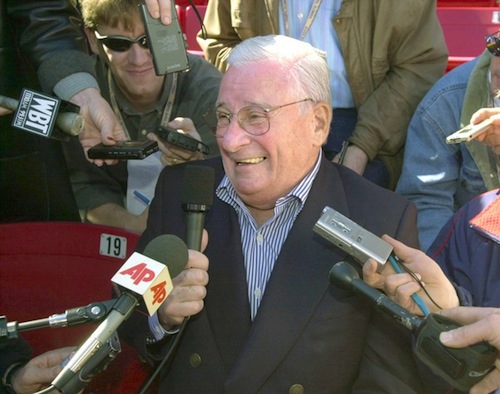 Shortly after he took possession of the Cleveland Browns, Modell fired Paul Brown—the legendary coach after whom the team is named and who had won 7 league championships. Strike one. At first, the Browns still did well. They won the NFL Championship Game the next year, in 1964, with the team still full of Paul Brown’s players. But after that, with a few exceptions, the Browns sucked for 30 years. Then Modell moved the storied franchise out of Cleveland, ripping out the city’s heart and soul. You think Clevelanders hate LeBron? In that city, Modell is a bad word. 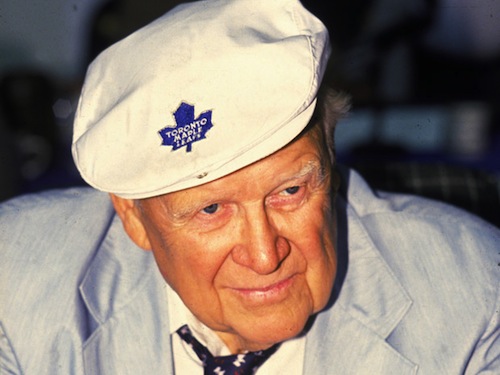 The Leafs won the Stanley Cup in 1967. In 1972 Ballard, who had been part owner since 1961, took majority ownership in the club. Almost immediately afterward, the guy stood trial for 49 counts of fraud, theft, and tax evasion. It was alleged, among other things, that he used team funds to pay for renovations on his homes (plural, with an s), pay for costs related to his daughter’s 1967 wedding, and buy motorcycles for his sons. Ballard was convicted on 47 of the 49 charges and sentenced to 9 years in the federal penitentiary. He only served 3 years before getting paroled but, still, you never want a team owner who’s done time. And as if that wasn’t enough, he was a horrible micromanager who interfered with day-to-day hockey operations—to the teams constant detriment—until 1990. In short, he’s a huge reason why the hockey capital of the world hasn’t had a Stanley Cup in 44 years. 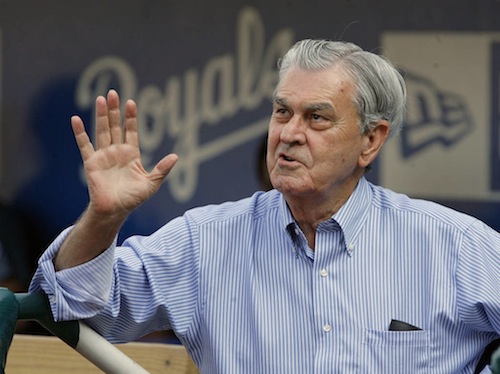 All you really need to know about this guy to establish him as one of the worst owners in pro sports history is this: his team is the Kansas City Royals. He’s only owned them outright since 2000, but he’s been running the team since 1993. Thus, David Glass has presided over the franchise’s transformation into the laughing stock of the sporting world.

How did he do it? Well, the former Wal-Mart Executive VP used Wal-Mart tactics: when he took over, he slashed the payroll budget from a healthy (for 1993) $41 million to an anemic $19 million. The result was a great profit margin for him, but a Triple-A ballclub for Kansas City. 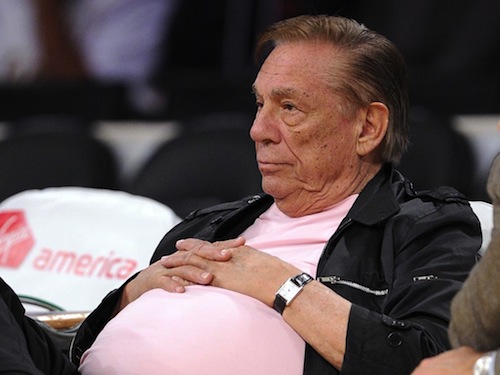 Donald Sterling owns the Los Angeles Clippers, who have made 3 trips to the playoffs in the 30 years he has owned the team. Do you know how bad that is? Teams with sub-500 records make the NBA playoffs ever year. You don’t have to be good. You just have to not completely suck. Simply put, Sterling just refuses to do anything to help the team win. He won’t pay good salaries, get good players, move the team, or sell the team. Clippers fans, if there are any, are just a miserable lot. 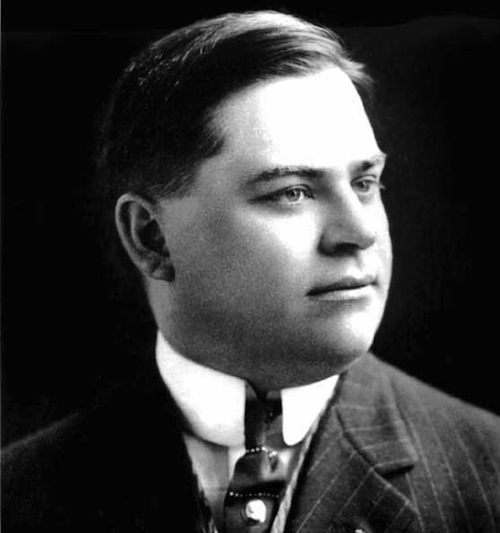 Under Harry Frazee, the Red Sox won the 1916 World Series. But baseball was not this guy’s first love. He was a theater producer at heart. Thus, to bankroll his Broadway ambitions, he sold Babe Ruth to his pal (Ban Johnson, who owned the Yankees) for $500,000.

I’ll repeat: he sold the best baseball player of all time to a rival team so he could have more money with which to produce plays.

That’s the equivalent of the St. Louis Cardinals owner Bill Dewitt, Jr. selling Albert Pujols for $20 million so he could make a crappy independent film. 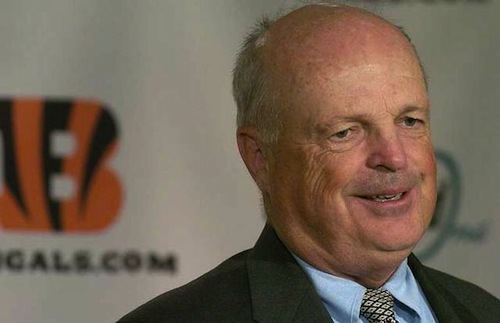 Over the last 20 years, the Cincinnati Bengals have made two playoff appearances and lost almost twice as many games as they’ve lost. No team in the NFL has been worse over this period. So that’s bad enough. But what makes it worse is that the Bengals have had only 4 coaches during this embarrassing run. The best coach during Brown’s ownership of the team is the current coach, Marvin Lewis. He’s only gone 60-69-1.

In short, Brown just seems to have no clue what it takes to be even remotely successful in the NFL. There are probably 20,000 fantasy football players out there who would almost certainly do a better job than him. 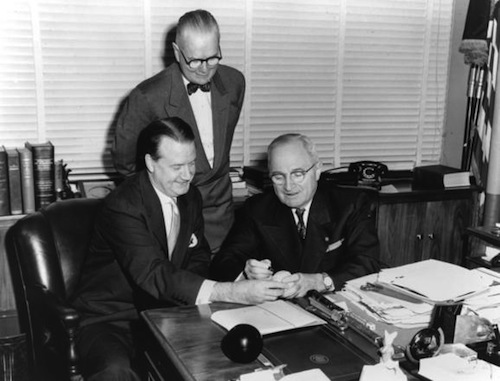 Arnold Johnson is responsible for moving the Athletics franchise from Philadelphia to Kansas City. It’s always a shame when a storied franchise moves from it’s original location, but that’s not what makes Johnson the second-worst team owner in pro sports history.

What made Arnold Johnson such a terrible owner was that he was motivated by profit and nothing else. Sure, the vast majority of team owners worry more about profitability than winning. But they usually care about winning a little bit. Not Johnson, though. He didn’t give a rat’s ass about winning. That’s why, for the 6-years he owned the team, he sold every single good player the A’s had to the Yankees. Every. Single. One.

At least in this day and age, greedy team owners have to pretend to care. Arnold Johnson was like the fictional owner of the Indians in Major League. 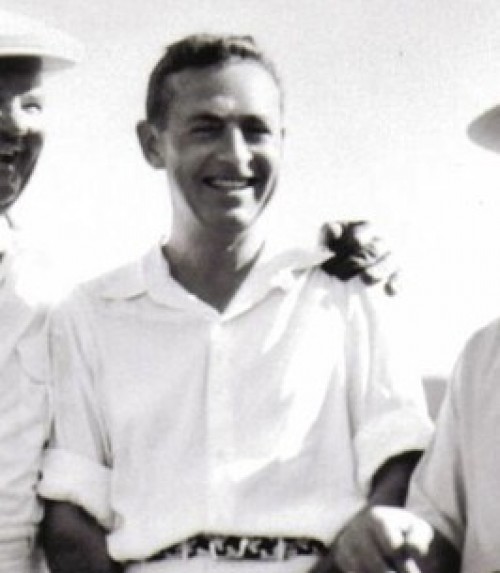 Unlike #2 on this list, Phil Wrigley had good intentions. He was a principled man who loved baseball and the fans, and he wanted to win. It’s just that he didn’t know how.

Wrigley didn’t like this. He thought it was bad for baseball. So he refused to do it with his Cubs, and instead kept doing things the old-fashioned way: buying good players who were ready for the show from Minor League clubs.

It was certainly a nice sentiment. The only problem was there were fewer and fewer independent Minor League teams, and thus fewer and fewer players to purchase. Meanwhile, all the other teams were getting great players at a lower cost.

Basically, this is the real beginning of the Cubs curse. In terms of staying competitive, it set them back 20 years.