Ilya Bryzgalov: “I’m Terrible And I Have Zero Confidence” (Video) 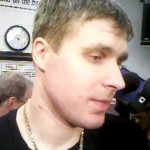 While every member of the media appreciates a player who gives their honest opinion during an interview, I am quite certain that the last thing any goaltender’s teammates would want to hear is their $5.67-million netminder admit that he is terrible and has zero confidence.

After last night’s game, Philadelphia Flyers goalie Ilya Bryzgalov did just that, and right fully so.  He had just finished allowing four goals on ten shots against the Winnipeg Jets after relieving an equally ineffective Sergei Bobrovsky.

The Flyers goaltenders would combine to allow nine goals against on 25 shots during an action-packed 9-8 loss to the Jets, sparking the following words of criticism, which Bryzgalov directed at himself during a post-game interview.