9 Most Significant Strikes And Lockouts In Pro Sports History 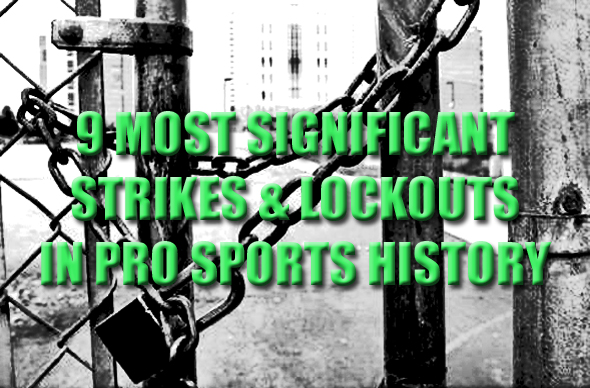 With the current NBA lockout threatening to ruin the entire 2011-12 basketball season, we thought it might be a good time to provide a little historical perspective so you can more accurately determine the severity of the situation. Thus, today we bring you a list of the 9 most significant work stoppages in the history of North American professional sports. Maybe the 2011 NBA lockout will soon make the list; maybe it won’t. Only time will tell. The only thing we know for sure is that, whether it’s the millionaire players or billionaire owners who eventually come out on top, the real losers (as always) will be the fans. 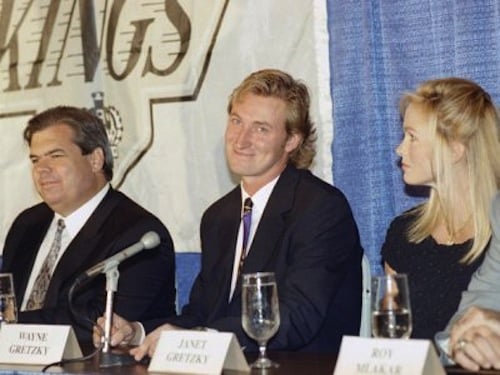 The first league-wide strike to hit the National Hockey League came during the 1992 season. After trying in vain to get a new collective bargaining agreement, on April 1 the NHL Players’ Association decided to walk out on the job. Fortunately for fans, the strike lasted just 10 days and ended with an agreement that would extend the season (so not games were actually lost). However, very little was actually accomplished by the strike, which meant that the unresolved issues would have to be dealt with at a later date. 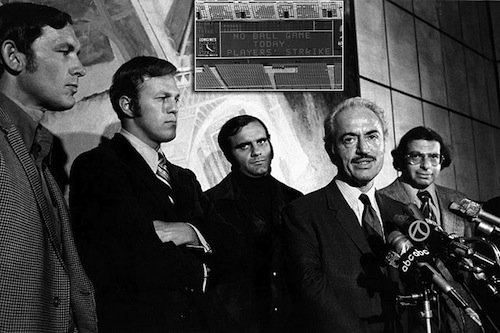 This was the first ever strike in the history of Major League Baseball. It began on April 1, 1972 (some people probably thought the news was a bad April Fools joke) and lasted just under two weeks. However, 86 games were lost and never made up—so both the players and the owners took a financial hit. For the players, however, whatever financial losses they incurred as a result of the strike were surely worth it. They gained the valuable right to salary arbitration. 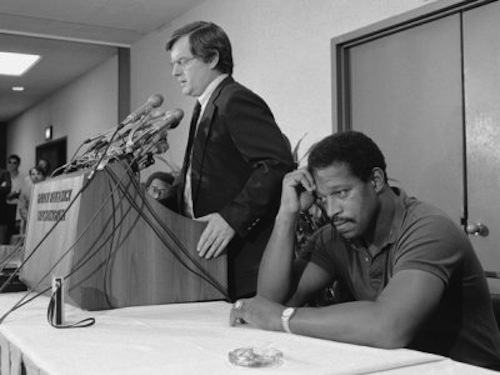 Just two games into the 1982 football season, players went on strike after owners refused their demand for an increased share of the league’s revenue (they wanted 55%). The strike lasted 7 weeks from September 12 to November 16. Players got a few financial concessions from owners, but not the cut of the revenue they originally sought. As for the season, it was shortened from 16 to 9 games, and the league instituted a special, one-time playoff format that year. Eight teams from each conference competed in a Super Bowl “tournament” eventually won by the Redskins. 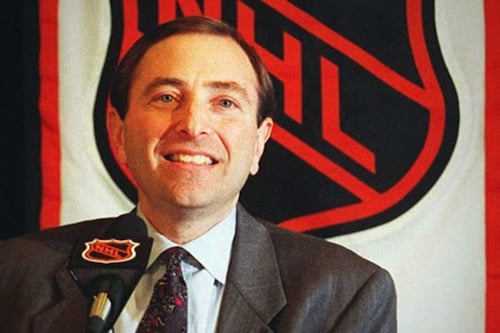 The 1994 NHL lockout came only two years after a mid-season players strike. At issue in ’94 was how to best subsidize teams in weaker hockey markets. Owners thought the players should pay the price and wanted to institute a payroll tax. Players obviously thought the owners should foot the bill and wanted to institute revenue sharing. In the end, owners got some cost-saving concessions from players (mostly at the expense of rookies), but the players won the battles of the payroll tax and the salary cap. However, the season didn’t begin until Janurary 20, 1995, and the season was shortened from 84 to 48 games. Moreover, the salary cap issue would come back to bite the league in the ass down the road. 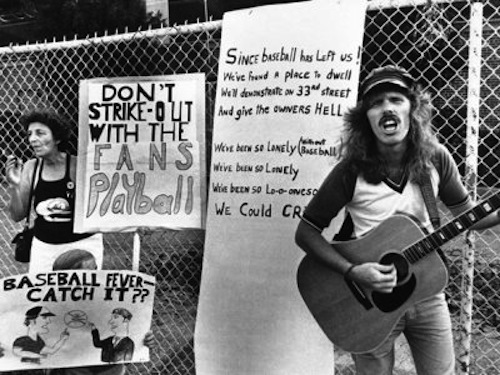 In June of 1981, Major League Baseball players initiated a North American first: a strike in the middle of a season. The issue of contention was free agency. Teams wanted to be compensated when a player left via free agency with the choice of a player from the team their player ended up with. The obvious problem with this, which is why the players went on strike, was that such compensation would restrict how free a player really was. That’s because a team might think twice about signing a free agent if they knew they might lose another player they considered essential.

In the end, the players won this battle. However, that did not end the controversy surrounding the strike. You see, when play resumed, the league made the bizarre decision to split the season in two, so that each division had 1st half winner and a 2nd half winner. Thus, in the playoffs that year, the winner of the 1st half would face the winner of the 2nd half to see who got to play for the league championship.

Can you say asterisk? 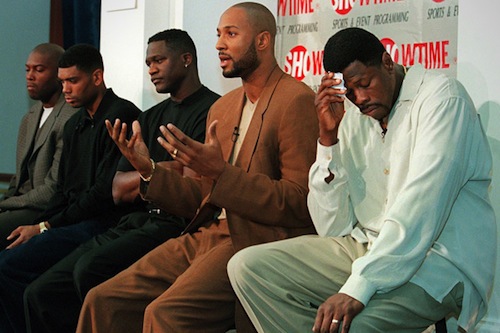 The 1998-99 NBA lockout couldn’t have come at a worse time. With the league’s biggest star approaching the end of his career (I’m talking about Michael Jordan, obviously), this was not the time for players and owners to reveal themselves to be money-hungry jerks. But that’s pretty much how the public perceived it, and the league’s ratings took a huge nose-dive in the years that followed. In fact, the league only recently got back to where is was before the ’98 lockout in terms of TV ratings, attendance, and revenues—just in time for the lockout of 2011! 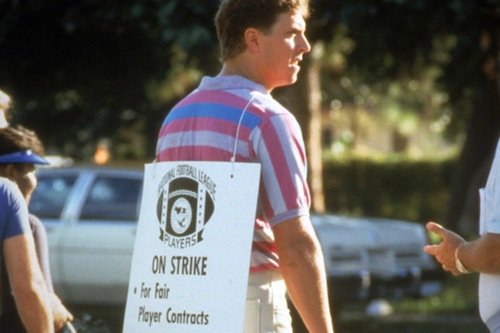 In 1987 the sporting world was treated to the most bizarre labor dispute in the history of pro sports. The issue of contention was free agency, the problem being very similar to the one that caused the 1981 baseball strikw—i.e., teams wanted a form of compensation for the departure of free agents that actually limited their freedom. So the players decided to strike after the second game of the season, figuring the TV networks would freak out and persuade the league owners to cave to the players’ demands.

What actually happened? The owners cancelled week 3 and used the time to assemble replacement teams made up of real football players who had been cut from training camp or, in a few cases, novelty players who looked the part (such as nightclub bouncers or construction workers). After a few weeks of these crappy games that nevertheless made the owners (and TV networks) money, the players caved. 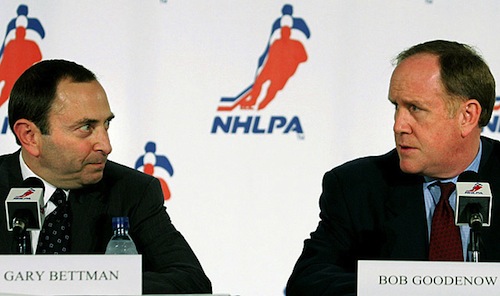 The 2004 NHL lockout was the first and (so far) only time a major sports league has missed an entire season due to a labor dispute. The reason for the failure to reach a timely agreement? The salary cap. Owners insisted that it was unreasonable for 75% of their revenues to go toward player salaries, and that something had to give. The players, of course, thought the status quo was perfectly fine.

In the end, the owners stuck to their guns. They lost an entire season and lost countless fans. But when play resumed the following year, there was a salary cap of $49 million. 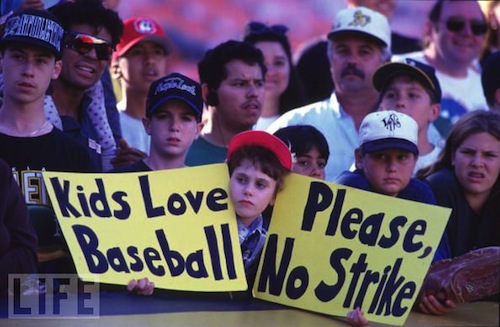 On August 11, 1994, the Major League Baseball season ended prematurely. There would no pennant races, no league champions and, for the first time in 90 years, no World Series. If you were looking for the day football surpassed baseball as the real American pastime, this would probably be the one.

The reason for the ’94 baseball strike was, basically, that owners wanted a salary cap and players did not. In the end, although the players succeeded in preventing a cap, nobody really won. Teams lost about $1 billion in revenue, players lost millions in salary, and league-wide attendance went down dramatically for the next decade.