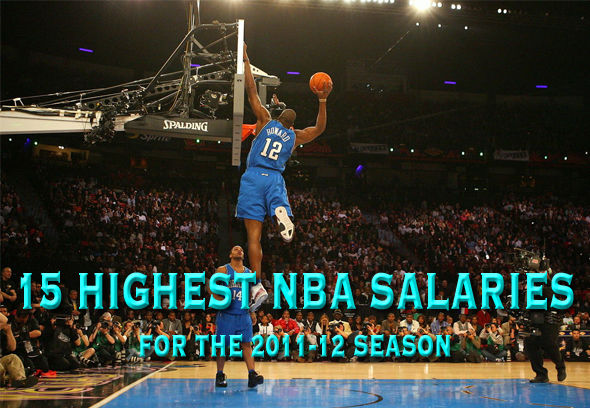 Now that we’re actually going to have a 2011-12 NBA season, I thought it would be fun to whip up a list of the top player salaries for this year. Why is a list of the NBA’s top salaries so amusing? It has to do with the league’s insanely complicated “soft” salary cap.

This system, which for the most part remains unchanged under the new CBA, has so many special rules and exceptions that it’s literally impossible to explain here in the little space that I have. All I’ll say is that is makes for some hilarious contracts being given out to guys who can’t even come close to earning them with their on-court performance.

So, with that said, behold the top-paid players for the upcoming basketball season. I suspect serious NBA fans will find it pretty ridiculous. 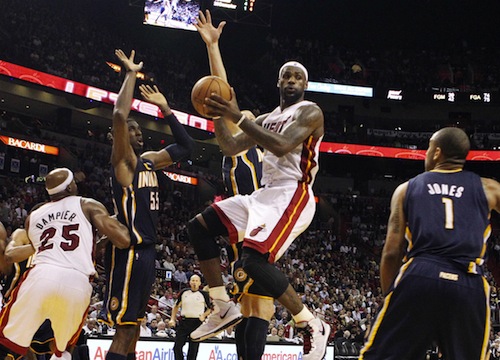 LeBron James is one of the league’s most dominant players, if not the most dominant. Last season he was second in the league in total points (2,111) and points per game (26.7), and first in an advance stat called Win Shares (15.6)—which tries to measure a player’s overall contribution to a team.

Before last the season, LeBron had the most closely watched and hotly debated free-agency of all time. And for all the hoopla, thanks to league rules about players with 7-9 years’ experience and their time spent with a single team, his salary is pegged at a mere $16 million. So he ranks only 15th on the list of highest-paid NBA players. Which, to me, is kind of weird. 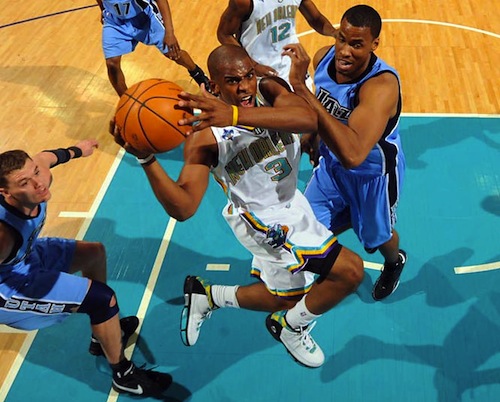 Chris Paul is a great player who’s led the league in four times (including last season) and assists twice. Plus, a couple seasons ago, he was averaging over 20 points per game. But he’s not anymore, and he’ll be making more money than LeBron.

I’m not so much trying to say Paul isn’t worth $16.3 million (though he probably isn’t); I’m just trying to say he’s worth a hell of a lot less than LJ. 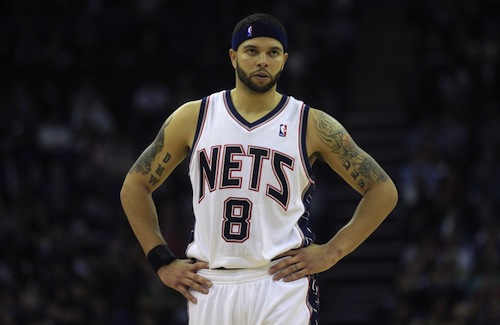 Deron Williams was a great playmaker last season, finishing 5th in total assists and 3rd in assists per game. Throw in his 20 point per game during his combined time with the Jazz and Nets, and I’d say this salary is pretty fair relative to other guys in the league. 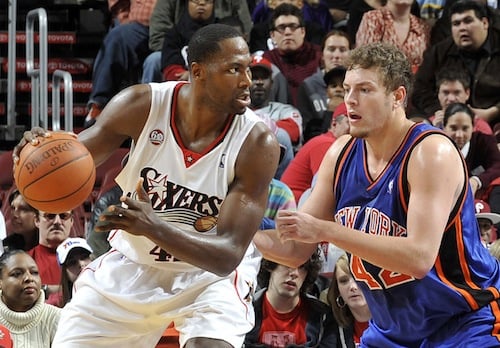 Here’s a guy getting paid now by the Sixers for what he did from 2003-07 with the Clippers. During said period in basketball purgatory (i.e. playing for LA’s other team), Elton averaged over 20 points a game each season. Since his move to the Sixers, however, he’s averaged about 14 ppg. That’s a lot of money for a #3 or #4 type player. 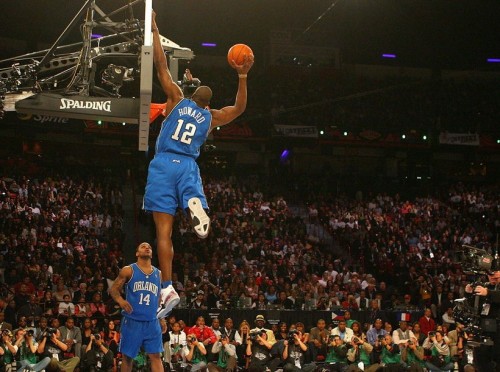 Dwight Howard is a defensive genius who also happens to be able to chip in at least 20 ppg. Also, by all accounts, he’s a real standup guy. So yeah, he’s worth every penny of that $17.8 million and then some. 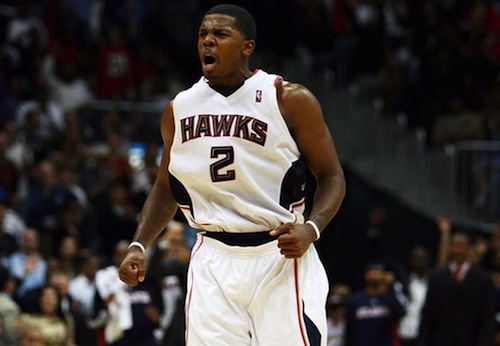 Hey, Joe Johnson is great—he’s an all-star, and he’s led the Hawks back to respectability. But for a guy who’s never led the league in any statistical category other than minutes played, I’m not sure he should be the tenth-highest paid player in the league. Again, he’s really good. But not top ten good. 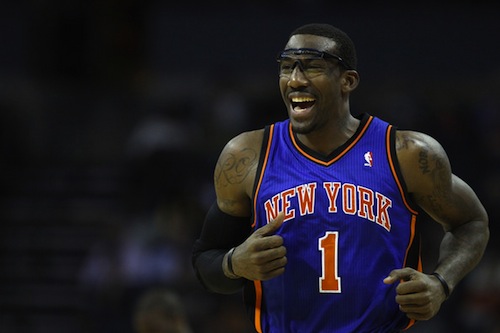 Amare really is one of the league’s top point producers. He was tied with Kobe for 5th in the league in PPG last season, and was also 5th in total points. Given that he’s somewhat of a one-sided player, I’d say #9 in salary is reasonable for #5 in points. 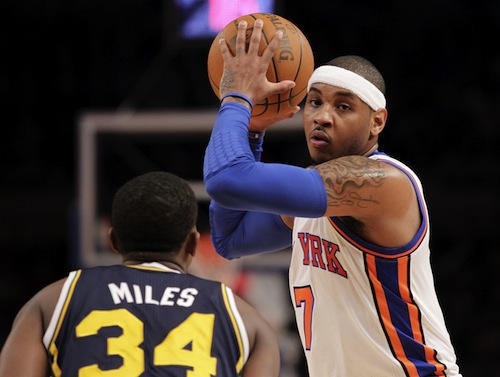 Here’s another reasonable salary, given that Carmelo Anthony is one of the league’s best point producers. Last season he chipped in 25.6 per game between Denver and New York, good for #3 in the league. If he and Amare Stoudemire can get the Knicks past the first round of the playoffs this season, he’ll definitely have earned the $18.5 million. 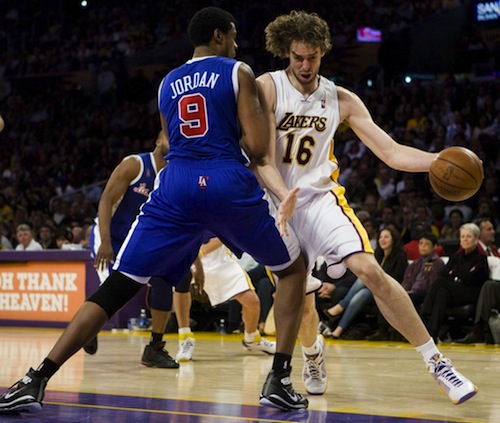 Pau Gasol is a reboundin machine, coming in 5th in total rebounds per game. He also scores a pretty decent amount of points (18 per game) for a guy who plays on the same team as Kobe Bryant. Those two factors combined are probably why he ranks second in the league in that advanced stat I mentioned earlier—Win Shares. So I guess with his well-rounded game, Pau is worth the league’s 7th highest salary. 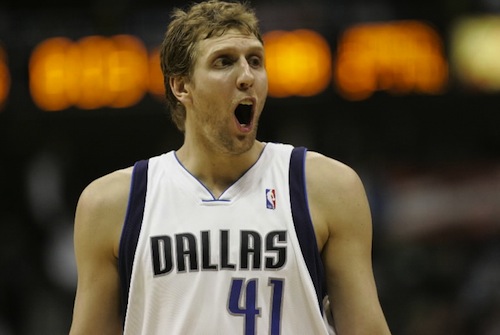 Dirk’s $19 million salary for the 2011-12 NBA season needs no defense. In fact, I’d say it’s almost a bargain. He’s one of the game’s most dominant players, having averaged over 20 PPG for 11 straight seasons. Last year he averaged 23 PPG, and the dude is 33 years old. Oh, and he led his Mavericks to the NBA championship last year—despite being made fun of for being sick by LeBron and D-Wade. 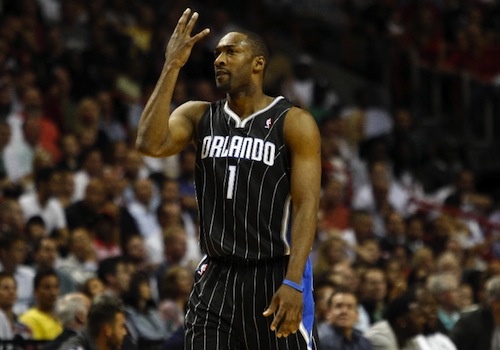 Gilbert Arenas was one of the league’s most dominant players about 4 seasons ago. Then he had two seasons significantly shortened by injuries, plus another he had to miss because he was suspended for keeping a handgun in his locker at Washington’s Verizon Center. Since then, he hasn’t done a whole lot (10 PPG over 70 games last year) that would lead you believe he’s going to give the Magic a good return on their investment this season. 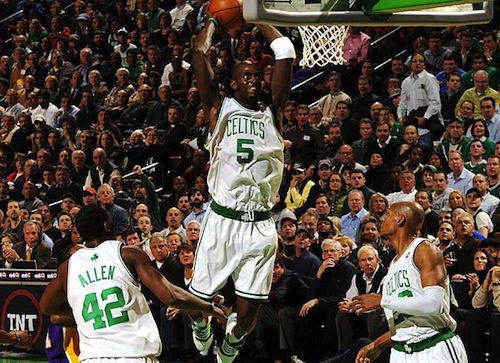 Kevin Garnett is still one of the league’s best defensive players, and so for that he’s an asset to any team. But probably not at $21.2 million. For that kind of money, you’d like a guy to be one of the top 5 guys in the league at both ends of the court. However, KG’s offensive contributions have gone from about 22 PPG 5 years ago to just under 15 PPG last season. Which is decent, but not amazing. 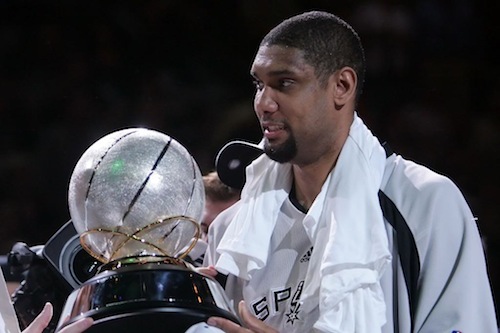 Tim Duncan is proof that, under the NBA’s salary structure, exceptional players usually don’t make ridiculous money until the twilight of their career. Tim Duncan is one of the greatest power forwards of his generation; however, last season he averaged 13 PPG. So the Spurs are definitely paying him now for what he did 10 or even just 5 years ago. 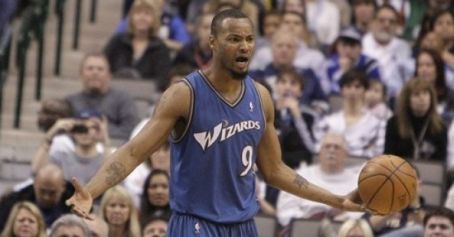 This season marks the final year of a 6-year deal Rashard Lewis signed in 2007.

Well, Lewis had a good year in 2006-07. He averaged 22.4 points, 2.4 assists, and 6.6 rebounds per game. But that was the best season of his career. Neither that season, nor any other of his season, suggests that this is a guy who ought to get paid $22.1 million to play basketball. And yet here we are. Rashard Lewis, who averaged 14.1 PPG two seasons ago and a paltry 11.7 PPG last season, will be the second-highest paid player in the league this season.

How did this happen? 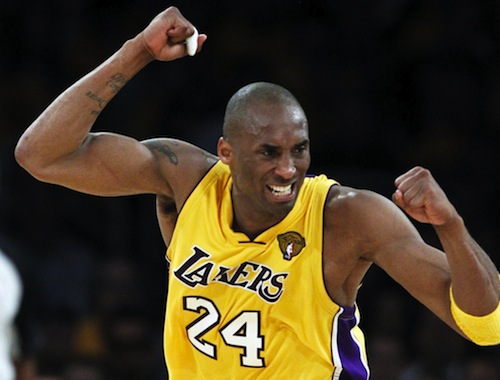 Kobe Bryant is arguably the best player in the NBA, and almost certainly the best player of his generation. So in my opinion, it’s fitting that he is the league’s highest paid player. Plus, unlike so many other veterans with astronomical salaries, Kobe is still great—not out of this world, like he used to be, but great.