Yes, as we all know—and as we all will be reminded 500 times this week, then another 200-300 times during the game next Sunday—this year’s Super Bowl is a rematch of Super Bowl XLII back in 2008. So to celebrate Brady vs. Manning Part II, I thought it might be nice to do a list of classic championship rematches.

Here are 15 of them. Are they the 15 “greatest” championship rematches? Yes, absolutely. No question about it. So you should probably check it out. 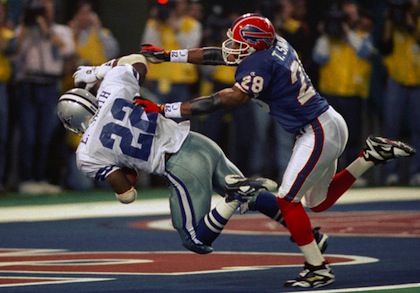 #15 was a toss-up between Cowboys-Bills and 49ers-Bengels. Ultimately, I went with the former, since it is more depressing.

Why? Because poor Buffalo lost four straight Super Bowls, the last two of which were blowouts at the hands of the mighty Dallas Cowboys in 1993 and 1994. So the big story of this rematch wasn’t that the two teams were developing a rivalry; it was the futility of the Buffalo Bills. 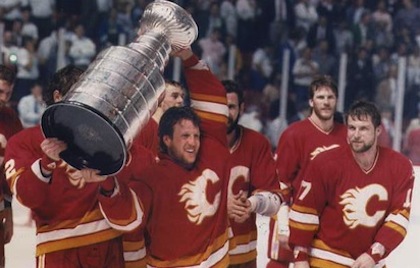 Between 1984 and 1990, the Edmonton Oilers won the Stanley Cup 5 times. That was a lot of deja vu for hockey fans. Making it worse was the fact that in the only two years the Oilers didn’t win, the Stanley Cup Finals were contested by the Montréal Canadiens and the Calgary Flames.

The Canadiens won the Cup in 1986, but the Flames won the rematch in 1989. At least the Flames had never won before, so the rematch offered something of interest for hockey fans outside Quebec and Alberta. 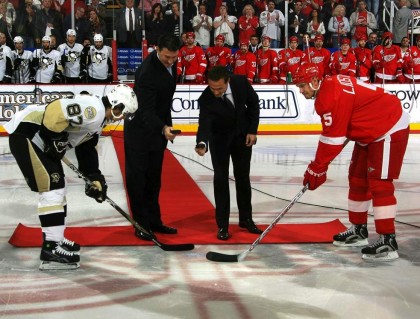 The Penguins and Red Wings met in back-to-back Stanley Cup Finals in 2008 and 2009. The Wings won the first meeting, but the Penguins won the rematch, making 21-year-old Sidney Crosby the youngest team captain to ever hoist the Stanley Cup.

Of course, I’ll always remember the Red Wings-Penguins rematch for the wandering ways of poor Marion Hossa, who really wanted to win the Stanely Cup. He was traded to Pittsburgh before the playoffs in 2008, and after the Pengins lost to the superior Red Wings, he figured if you can’t beat ‘em, join ‘em. So he signed a one year deal with Detroit. Then his Red Wings actually made it back to the finals, only to lose to the team Hossa left. Bummer, right?

Luckily, Hossa got it right the next year when he signed with the Blackhawks, who won the cup in 2010. 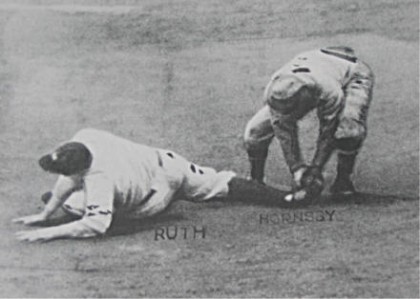 In 1926, the Cardinals won a thrilling 7-game series when Babe Ruth made the last out of the last game while trying to steal second base. Seriously. Look it up for yourself. The Yankees got their revenge in 1928, however, sweeping St. Louis four games to none.

The Cardinals and Yankees also met in the 1964 World Series (which St. Louis won), but we can’t really call that a rematch since the meetings came 20 years apart. 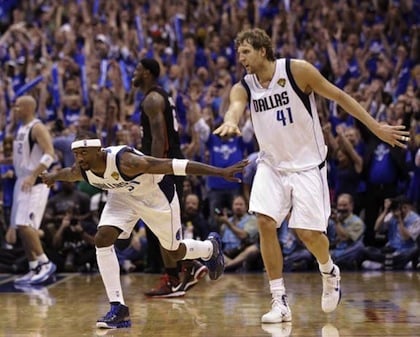 The Heat and Mavericks met in the NBA finals for the first time in 2006. Back then, all the Heat needed was the incredible D-Wade, as they beat the Mavs 4-2.

For the 2011 rematch, the Heat had not only D-Wade, but LeBron James and Chris Bosh as well. But as we all know (since it just happened), this time Dallas came out on top.

So apparently, less really is more. 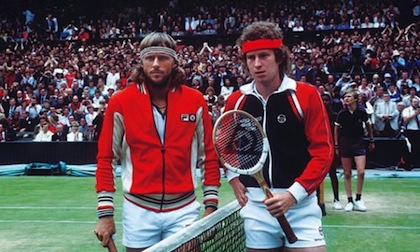 Yes, tennis, because this is one of the all-time great sports rivalries. Bjorn Borg won 5 consecutive Wimbledon titles from 1976 to 1980, so everybody figured he would win again in 1981. After all, he was facing the same opponent (McEnroe) he had faced when he won #5. But in the 1981 Borg-McEnroe rematch, it was everyone’s favorite argumentative American who came out on top.

The match served as a changing of the guard. McEnroe would go on to win Wimbledon 2 more times, while Borg never won it again. 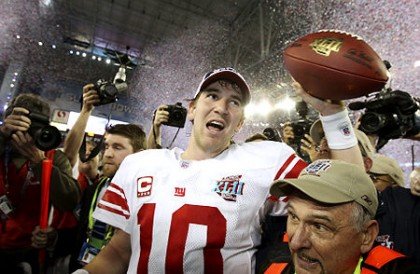 Obviously, this rematch hasn’t played all the way out just yet. But if game two is half as awesome as game one, this championship rematch will soon rank much higher on this list.

You all remember the first Super Bowl meeting between these two teams, right? New England coming in undefeated, 18-0, with a chance to surpass the 1972 Miami Dolphins as the greatest team of all time? New York coming in as huge underdogs, having finished the regular season just 10-6?

Then the game happened. The Pats lead 14-10 with 2:42 left on the clock. David Tyree makes the ridiculous catch by pressing the ball against his helmet, the Giants go on to score with only 35 seconds remaining, then hold on to win one of the biggest Super Bowl upsets of all time.

So how can you not be excited for this rematch? 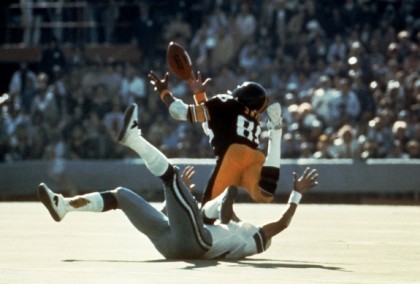 After drafting four future Hall of Famers in the 1974 draft (Lynn Swann, Jack Lambert, John Stallworth, and Mike Webster) to go along with their future Hall of Fame QB, Terry Bradshaw, the Pittsburgh Steelers were pretty good to go for the rest of the decade.

They won their second consecutive Super Bowl in 1976 against the Dallas Cowboys. Then the Steelers took a 2 year Super Bowl hiatus, and the Cowboys won the big game in 1978 against the Broncos. This set up a highly anticipated Super Bowl rematch—the first one ever—between the defending champs and the former champs in 1979.

The game lived up to the hype, as it wasn’t decided until the final minute of play. But unfortunately for the Cowboys, the second meeting ended the same way as the first—with the Steelers as Super Bowl champions. 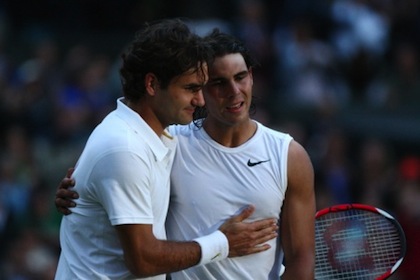 Yes, more tennis. Because here we actually have a double rematch, with Federer and Nadal meeting in the finals of Wimbledon for 3 straight years. The first two meeting, in 2006 and 2007, saw Federer come out on top, extending his Wimbledon streak to 5 and tying that Swedish guy we just heard about (Bjorn Borg). But Rafael Nadal would win the second rematch, finally beating his great rival in 2008 to win his first Wimbledon title. 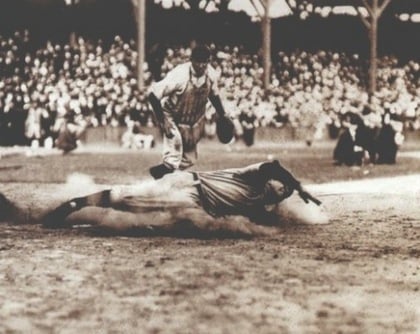 I know it doesn’t seem possible that the Chicago Cubs could have taken part in a championship rematch, but they did...back in 1908.

You see, the Cubs won just the 4th World Series ever held back in 1907, beating Ty Cobb and the Detroit Tigers 4-0. Then the Cubs and Tigers squared off again in 1908 and the Cubs won again, 4-1.

So after appearing in 3 and winning 2 of the first 5 World Series, and coming out victorious in the first ever World Series rematch, it really looked like the Cubs were going to be a powerhouse for years to come. Of course, as we all know, they haven’t won a World Series since that rematch with Detroit in 1908. Ouch. 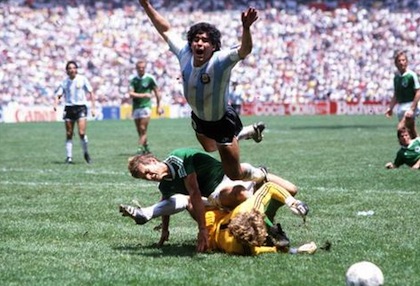 There have been 19 World Cup tournaments, but only once has there been a true* rematch in the World Cup Finals.

*Brazil and Italy have squared off twice in the World Cup Finals. But those meetings occurred in 1970 and 1994, so you can hardly call that a rematch. 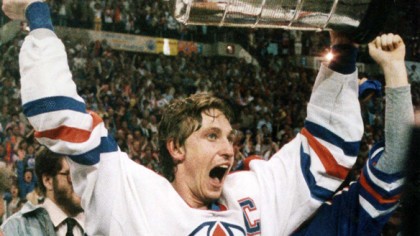 Why is the rematch between the Islanders and Oilers in 1984 so special? Well, teams meeting in the back-to-back championship games is rare in itself. But in the case of this rematch, what you have is a passing of the torch from one legendary NHL dynasty to another.

The Islanders won 4 Stanley Cups in a row, the last of which came in 1983 against the young, upstart Edmonton Oilers. But in 1984 the Oilers and Islanders met again in the Stanley Cup Finals, and this time the Oilers toppled the mighty Islanders, winning their first of five Stanely Cups in 7 years.

So while the series themselves weren’t that exciting (4-0 Islanders, 4-1 Oilers), the outcomes were quite significant in NHL history. 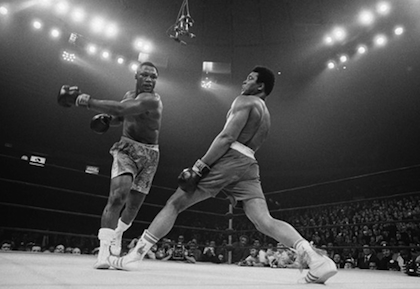 Ali-Frazier is, arguably, the greatest rivalry in pro sports history.

Their first meeting, dubbed “The Fight of the Century,” was held on March 8, 1971 at Madison Square Garden. At the time, there had never been a more highly anticipated bout. Both fighters were undefeated (Frazier was 26-0 and Ali was 31-0) and regarded by experts as among the greatest of all time. And of course, both were undisputed heavyweight champions.

The result? After a grueling 15 rounds, Frazier won a unanimous decision.

The rematch came 3 years later and was dubbed “Ali-Frazier II.” This time Ali came out on top, but the decision was somewhat controversial. This then set up another rematch—the 1975 fight famously known as “The Thrilla in Manilla.”

This was the third and final meeting between Ali and Frazier, and it’s widely considered to be the greatest boxing match of the 20th century. Of course, Ali won and retained the heavyweight title, but only by TKO in the 15th round.

It was one hell of a championship rematch. 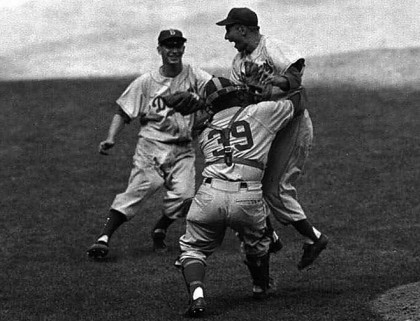 The Yankees and Dodgers have a truly legendary World Series rivalry. They’ve met in the Fall Classic more than most teams have been there at all—11 times in all.

Only 8 years later, in 1963, there was another rematch between these longtime rivals, and the Dodgers won again—though the Dodgers were no longer intercity rivals, having moved to LA a few years earlier.

The Dodgers-Yankees World Series rivalry then took a break for a decade before picking up again in the late 70s. The Yanks beat the Dodgers in back-to-back World Series in 1977 and 1978. However, the Dodgers were given one more rematch with their old friend in 1981, and they won the Series 4-2.

There’s only one set of legendary championship rematches that could possibly top this incredible series between the Yankees and Dodgers... 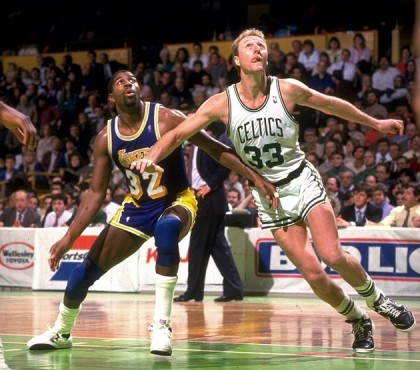 The Lakers and Celtics have met in the NBA Finals a staggering 12 times, and every single meeting was part of a rematch—tere wasn’t a single one-off among them.

The rematch came the following season, though, and finally the Lakers took some revenge. Then they took more revenge in another rematch in 1987.

The rivalry heated up again in the first decade of the 21st century, of course. The Celtics once again beat the Lakers in the Finals in 2008. But, once again, there was a rematch, and the Lakers won in a thrilling 7-game series in 2010.

Now those are some championship rematches.