Sports rivalries don’t exist in a vacuum. You can say this or that rivalry is the biggest before the season starts, but once the games are played things have a tendency to change. Inevitably, some rivalries that are great on paper won’t live up to the hype; others, meanwhile, will come out of nowhere and just burst into flames before our very eyes.

This is most definitely true in college basketball. While the rivalries really don’t change that much from year to year—and generally, it’s their endurance that makes these rivalries special—you never know when passions will boil up and one great rivalry will eclipse all the others.

Now that the college basketball season has really kicked into high gear, it’s a good time to step back and have a look at the state of the game’s biggest rivalries. Thus, today we present you the 9 Biggest College Basketball Rivalries of 2012.

Obviously, there are so many great rivalries that they can’t all make this list. But hey, we do our best. So without any further ado… 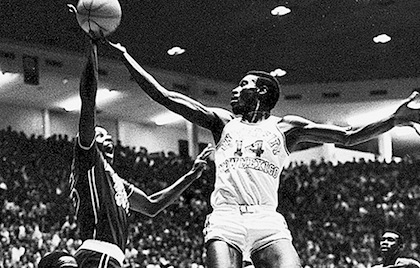 Coming in at #9 is a rivalry not very well known east of the Rockies, but is as fierce and heated as any of those you hear Dick Vitale blabbering on about.

Every year, these two schools compete in what they call the Rio Grande Rivalry, which dates back to 1894. Basically, every time the two schools meet in any varsity sport, the winner is awarded points. Then, at the end of the year, the school with the most points wins. It's a pretty formal system, considering this interstate rivals aren't even in the same athletic conference.

Yeah, that's right. The New Mexico Lobos are in the Mountain West Conference, while the New Mexico State Aggies are in the Western Athletic Conference. Still, every year these two schools play not one but two non conference basketball games against each other.

Sure, they could just play one and use the other slot to schedule a tough opponent that would strengthen their schedules, giving them a better chance of receiving an at-large bid to the NCAA Tournament. But beating each other is more important. Which is awesome.

The year, both teams are having solid seasons, and the Lobos and Aggies split their home and home series. 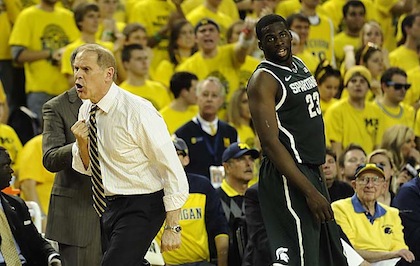 The Wolverines and Spartans have a two-sport rivalry. The former typically reigns supreme in football, but it's the latter that dominates the hardwood.

All you need to know about this rivalry can be summed up by Michigan State's legendary coach, Tom Izzo:

This year, the Wolverines and Spartans are both ranked in the top 20, and they split their two match ups. So who's looking forward to the Big 10 tournament? 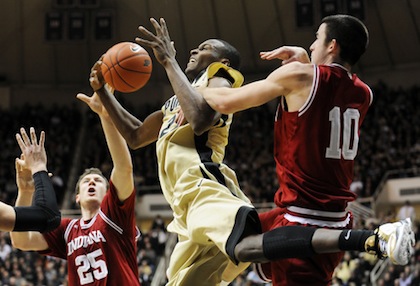 Basketball may have been invented in Massachusetts, but its spiritual home is Indiana. (Just don't tell that to people in Kentucky.) So of course the state's two top basketball programs would have a fierce rivalry with a rich history. There have been 194 meetings between the Boilermakers and Hoosiers, and it's the Boilermakers who have the edge, 110-84.

So far this year, however, the #23-ranked Hoosiers have the edge, having won the first meeting between the two Big 10 schools. However, they'll meet again in the last game of the season, and there could be an invitation to the big dance on the line. 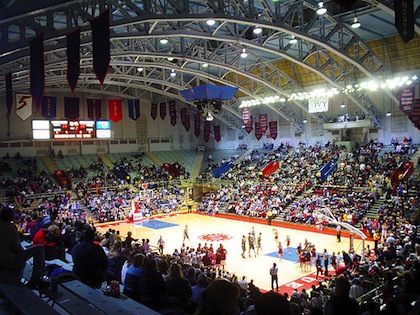 Is it cheating to include a 5-team rivalry on this list? Nope. Rivalries can be between more than one team. And this one is the greatest non-conference multi-team rivalry in college sports.

You've got five schools (Penn, LaSalle, St. Joseph's, Temple, Villanova) from three conferences (Atlantic 10, Big East, Ivy League) in one city (Philadelphia), and every year they duke it out for supremacy. How awesome is that? Plus, most of the games are played at the historic "Cathedral of College Basketball," The Palestra. Maybe you've heard of it?

Within the Big 5, there are some particularly intense rivalries, especially between Villanova and St. Joe's (a rivalry dubbed "The Holy War") and St. Joe's and Temple. But really, they're all the games are pretty intense. 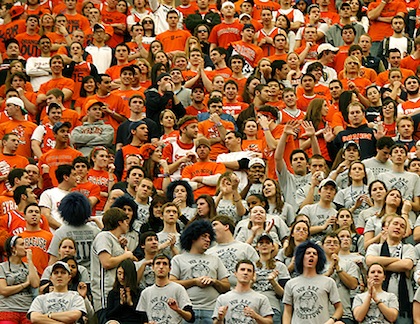 At #5 we have a rivalry between two of the best teams from college basketball's most competitive conference, the Big East.

So how did this one get so heated? Well, it probably has something to do with the Hoyas shocking come-from-behind victory over the Orange in their very last game at Syracuse's old Manley Field House...after which Georgetown coach John Thompson II grabbed the microphone and announced to the fans in attendance, "The Manley Field House is officially closed!"

Things like that tend to get the blood boiling.

This year, the #2-ranked Orange got the better of the #12-ranked Hoyas, winning a 64-61 nail-biter just this past Wednesday. 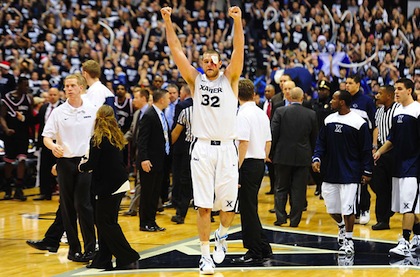 Remember back at the beginning, when I was talking about rivalries that just seem to come out of nowhere? The kind that people don't notice that much until it's so overheated it exploded?

Well, that applies this year to the crosstown rivalry between the Cincinnati Bearcats and the Xavier Musketeers. Not many people outside the greater Cincinnati area knew about the annual Crosstown Shootout before it erupted into a nasty brawl back in December. But they do now.

Incidentally, then-#8 (now #nothing) Xavier won the game, which was called off with 9.4 second left on the clock. 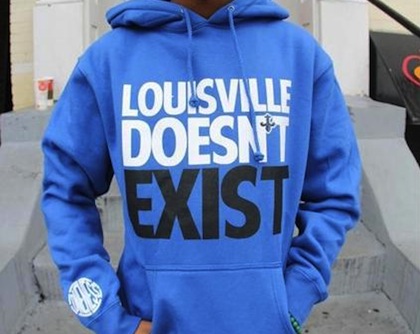 This rivalry isn't as old as some of the others on the list, but these days it as just as intense. For one thing, it's between the two biggest basketball programs in the basketball-loving state of Kentucky. But perhaps more importantly, it's not just Kentucky vs. Louisville anymore. It's also Calipari vs. Pitino—two legendary coaches who aren't very fond of each other.

Every year these two basketball programs engage in The Battle for the Bluegrass. Kentucky leads the all-time series (going back to 1913) 29-14, and they lead the modern series (which began in 1983) 20-11. And yeah, that includes a Wildcat victory this year, too. 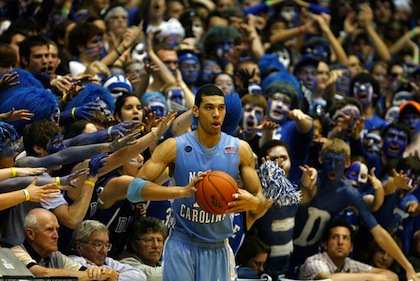 Well, get over it.

Yes, these are two historic college basketball programs. They've had legendary coaches. Every year these schools are in the top 20, and one of them is almost always in the top 10. And they're only 8 miles away from each other. I get it. It's a great rivalry.

But let's be real: how much of the national hype over these two teams is the result of the media fanning the flames? (Answer: a lot.)

So while "The Battle for Tobacco Road" is a cool name for a rivalry, I think it's time we recognize that lots of coverage on ESPN doesn't make it the best. 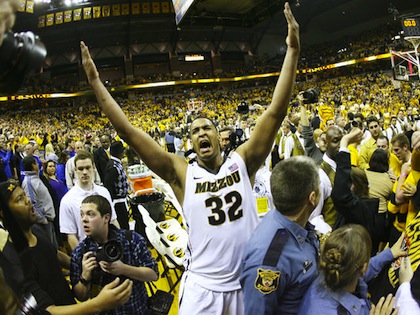 This year, I have to give award for #1 rivalry in college basketball to an endangered species: Jayhawks-Tigers.

As far as basketball is concerned, the rivalry between Kansas and Missouri dates back to 1907 and includes 265 games. Kansas has the all-time edge, 171-95.

But this isn't just some historical rivalry that fans today don't care about. Today, Missouri and Kansas absolutely hate each other. And I mean hate hate. (The weird thing is that KU fans seem to hate MU more than MU fans hate KU, despite the fact that KU is pretty clearly the superior program in every imaginable way. Go figure.)

This year, both the Jayhawks and Tigers are top-10 teams. The #4-ranked Tigers took the first meeting between the two last week, but there's one more matchup coming on February 25. So KU has one more chance to redeem themselves.

Sadly, this awesome rivalry will be in jeopardy after this year, since Missouri is leaving the Big 12 for the SEC. Hopefully these programs can work something out to keep each other on their schedules. This is a bitter rivalry that needs to live on.