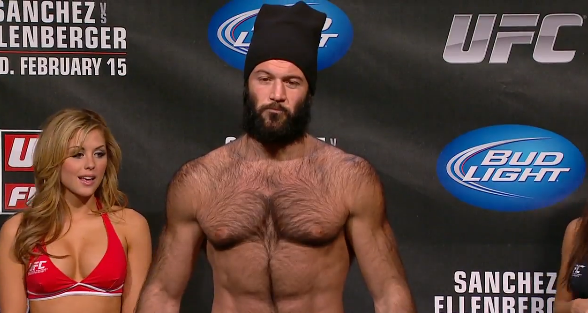 As far as his record shows, it appears as though Dave Herman has taken part in 23 professional mixed martial arts bouts (his record is an impressive 21-2).  And as far as Google images shows, it appears as though he has entered most of those bouts without a single hair on his body.  Well whoever was responsible for waxing the heavyweight fighter in the past must be on vacation, because Herman showed up at the weigh-ins for tonight’s UFC on Fuel TV event looking more like a Sasquatch than an MMA fighter.

With three straight victories coming into tonight’s bout against Stefan Struve, we aren’t sure why Herman has decided to go with this new look.  Was it done in an attempt to attract UFC Octagon Girl/Playboy Cover Model Brittney Palmer?  Perhaps!  Did it work?  Tough to say.  To be honest, I’m not sure what to make of that look on her face in the image above.

For those who want to see it, here is a before & after – or should we say, hairless & hairy –  image of Dave Herman. 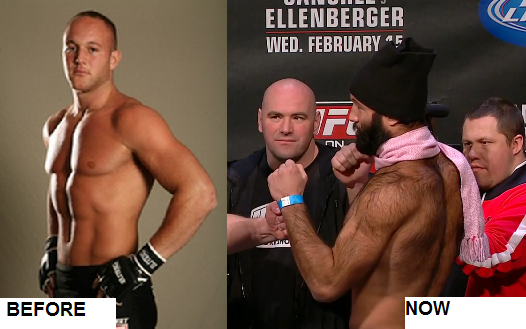