Now, I’m sure all the scientific minds out there will want to know our method for ranking the NBA’s cheerleading squads. And let me tell you, it’s pretty sophisticated.

Basically, in a nutshell, what I did was this: I went through pictures of all the cheerleading squads, picked the hottest member of each team, and then ranked them. 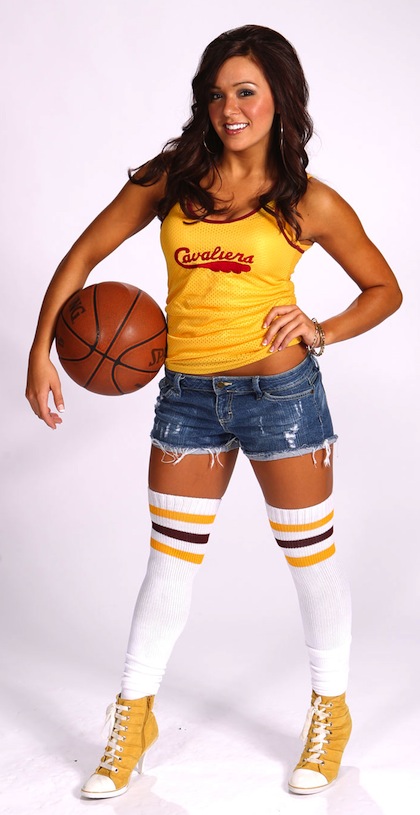 Ah, the poor Cleveland Cavaliers. First LeBron ditches them for South Beach. Now they get ranked last in the Eastern Conference in terms of cheerleader hotness.

Of course, being last doesn't mean the Cavalier Girls aren't hot. It just means they are the least hot. (However, if we were ranking the squads according to the most creative way to spell names, then Arika here would be right up there at the top.) 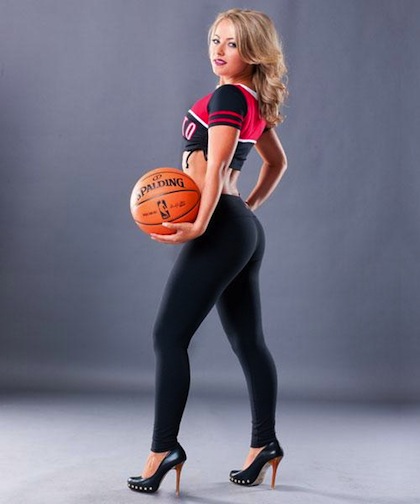 The brightest star of the Raptors Dance Pak, at least in terms of looks, is Mel. As you can see, the yoga pants and high heels look is perfect for her—and good enough to keep the Raptors dancers out of the Eastern Conference cellar. 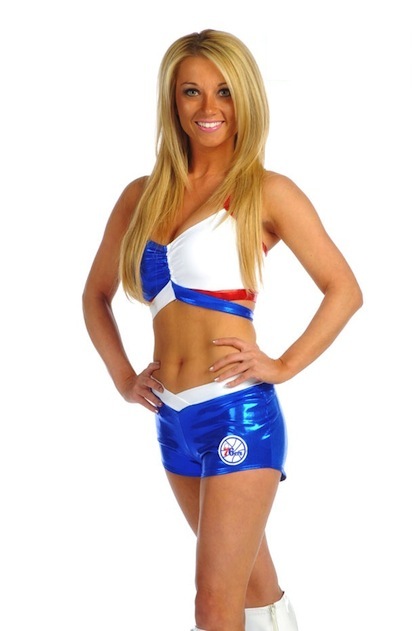 Is it just me, or is the top member of the 76ers Dream Team look like Tara Reid circa 1999? 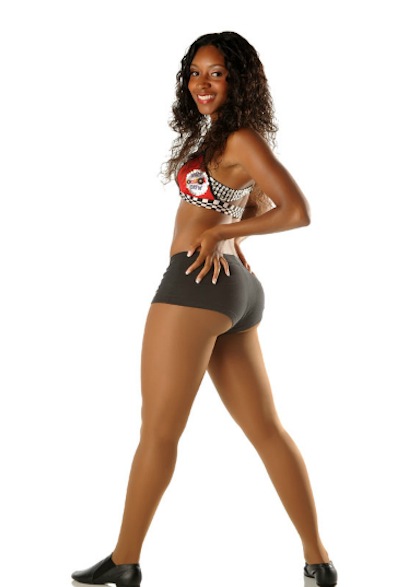 The top asset of the Indiana Pacemates (great name for a dance team, by the way) is Arbara. Not sure if that was the name her parents intended, or if someone just forgot the B on Barbara—but regardless, she looks like an amazing dancer.

The Milwaukee Bucks' dance team may have the most annoying name in the Eastern Conference—the Energee!—but they're pretty close to the middle of the pack in terms of hotness. Haley here is (arguably) their most attractive member.

Fun fact: according to her bio on the Energee! website, the last concert Haley attended was Jersey Shore...so...yeah. 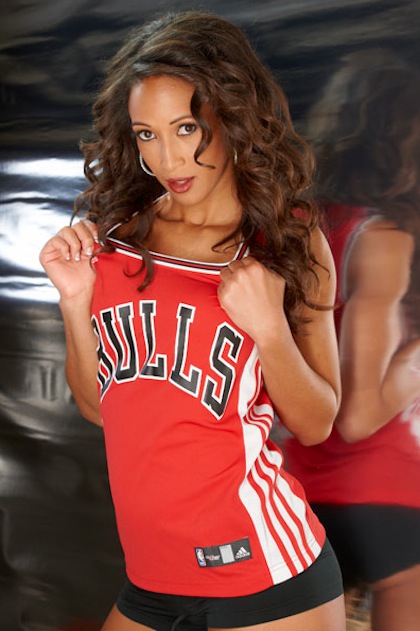 Our selection from the Chicago Bulls Luvabulls dance team—Kafi—may not be able to match the curves some of the other women around the league. But she does have that sexy exotic thing going for her, which gets her bonus points in my book. 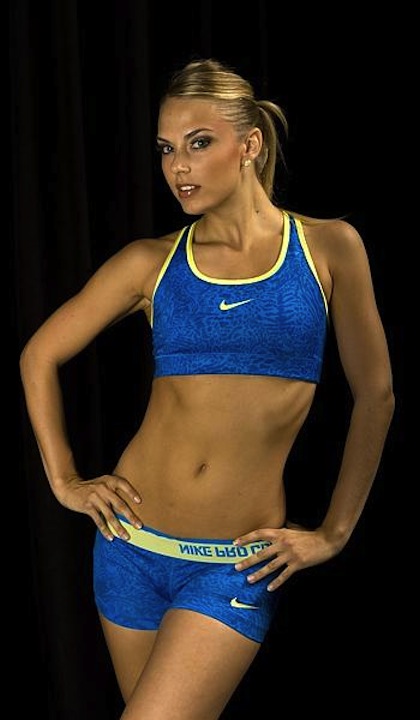 Honestly, I expected more from the Knicks City Dancers. I mean no disrespect to Sierra here, who is a Scandinavian goddess, but I kind of thought this squad would be right there at the top. I thought they'd at least be in front of Boston... 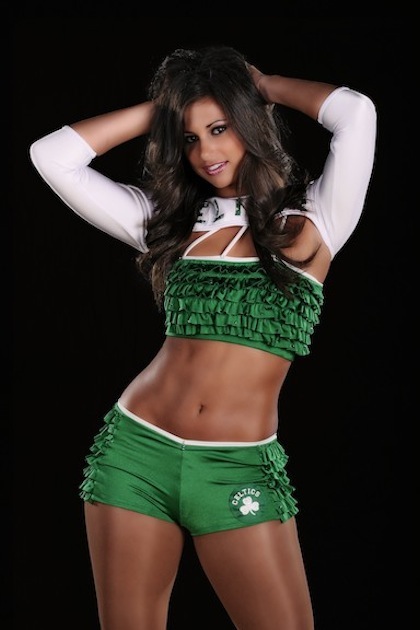 It was hard to select the sexiest member of the Celtics Dancers, but in the end we went with the curvy, sultry Cassidy. She's the closest thing any NBA dance team has to Kim Kardashian.

Fun Cassidy trivia, courtesy of her official bio: as a child she wanted to be a princess when she grew up, and her favorite food is tacos.

Wow, I feel like I practically know her now. 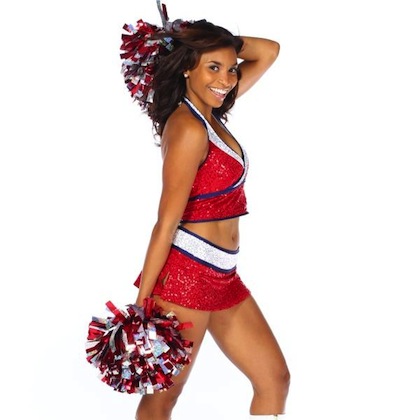 The trend as we move higher up the rankings: it gets harder and harder to pick the hottest member of each team.

Case in point: Washington Wizard Girl Javai. She was my pick from this squad, but there were a couple other very serious contenders. 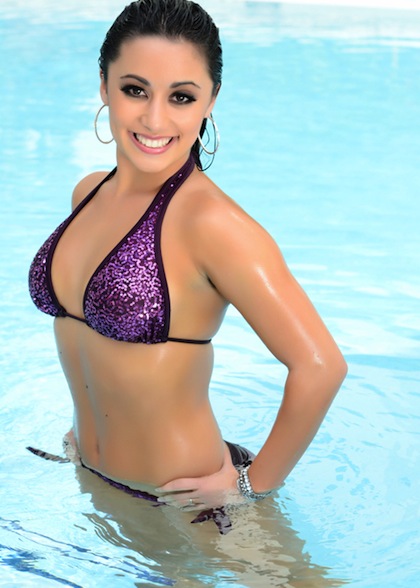 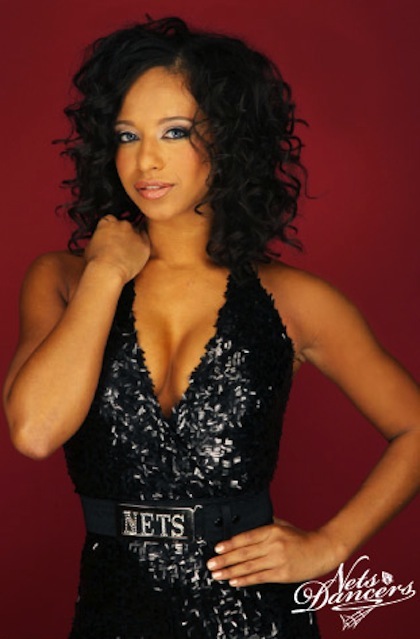 Seriously, who would have thought the New Jersey Nets would beat out the New York Knicks on this list? I know it caught me by surprise. But there's no denying that Amanda here is one of the most gorgeous dancers in the NBA. (And she doesn't even have to put on a bikini to prove it, which is all the more impressive.) 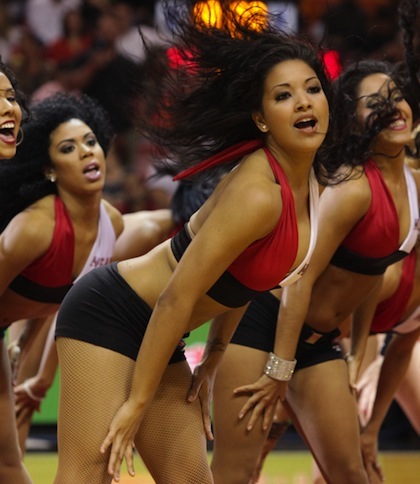 Personally, I expected the Miami Heat Dancers to at least crack the top 3. After all, Miami women are among the sexiest in the world. But the best they could do this year is #4.

That being said, Sophia, their top representative, is ridiculously sexy. So it's not like the Heat Dancers are a huge disappointment or anything. 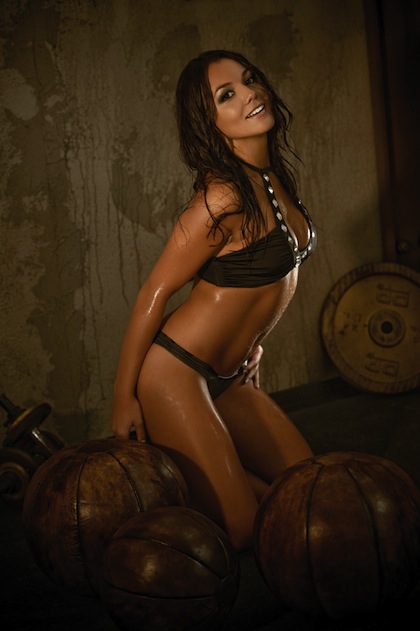 The city of Detroit gets a lot of bad press, but these days at least some of their sports teams are doing pretty well. Well okay, the Pistons kind of suck, but their dance squad (the Automotion) pretty kickass. Their hottest member is Amanda, who is just dangerously, criminally hot, hanging out with all that antique workout equipment. 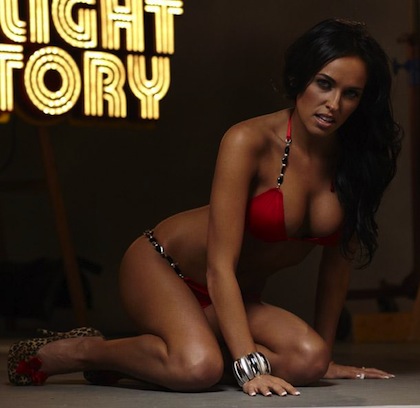 Apparently Andi here never really thought much about joining an NBA cheerleading squad until she attended a Hawks playoff game with her boyfriend last year. While I find that hard to believe, I'm certainly glad she decided to try out for the team this year. I mean, just think how empty your life would be without having seen this photo of her?

Of course, Andi is hardly the first crazy sexy woman to be a member of the Atlanta Hawks Cheerleaders. Ever heard of Brandy Blair? 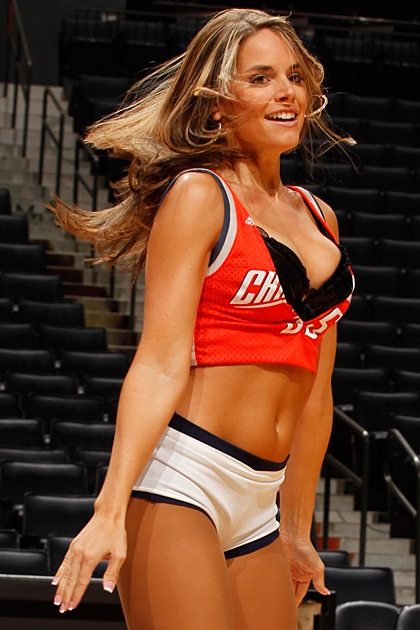 The Charlotte Lady Cats have the best name of any dance squad in the NBA. They also have the hottest individual member in the beautiful Kristi here. Of course, that the Lady Cats come in at #1 should be no surprise to anyone who's followed the NBA for the last several years. This squad is a perennial cheerleading powerhouse.

Congrats to Kristi and the rest of the Charlotte Lady Cats.