11 Of The World’s Greatest Drunken Athletes

Now, last year Total Pro Sports celebrated St. Patty’s Day with a (really) short list of the greatest Irish athletes. So rather than more of the same, we thought that this year we’d celebrate the other aspect of the holiday and do a list of the greatest drunken athletes. Strangely, we found that there a lot more guys to choose from. However, since you might already be wasted, we’re still going to keep the list pretty short.

So without further ado, behold 11 of the world’s greatest drunken athletes. 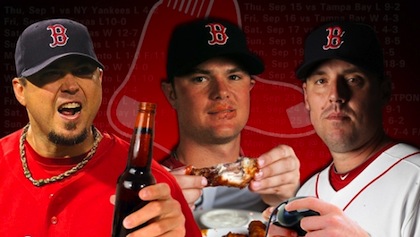 In the olden days (which is to say, prior to 1990), you would have been hard-pressed to find a ballplayer with a blood alcohol level below .06—and that's just the guys actually on the field. These days, however, we expect our professional athletes, who make millions and millions of dollars, to live "healthy" lifestyles. And unfortunately, most nutritionists consider fried chicken and beer to be unhealthy. So when news broke that the Boston's three best pitchers were in the clubhouse drinking beer and chomping down on Popeye's during while their team was blowing a 9 game lead in the standings, the excrement pretty much hit the fan. 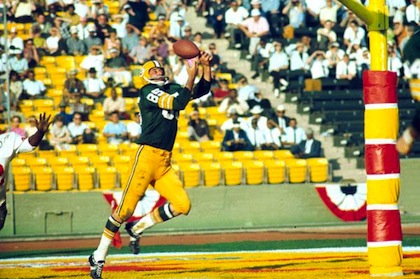 It's the night before Super Bowl I, the first ever matchup between the NFL and AFL champions which would determine once and for all who was the real world champion. It was a big day, so obviously Packers backup receiver Max McGee (yeah, he's Irish) was out all night bar-hopping and getting hammered. Before the big game, the guy was so hungover that coach Lombardi decided to teach him a lesson by making him play. Then he showed up the coach by catching 7 passes for 137 yards and 2 touchdowns.


Broadway Joe Namath was a legendary party animal and ladies' man back in his glory days with the New York Jets. I mean, come on, the dude wore a fur coat on the sidelines. But in 2003, he showed the world he hadn't changed all that much in his golden years. During a sideline interview with ESPN's Suzy Kolber, the totally sh*tfaced Namath tells Kolber that he wants to kiss her...in front of several million Americans. 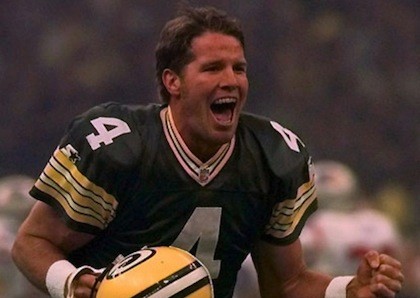 The best stretch of Brett Favre's Hall of Fame career would have to be 1995-97, when he won three straight NFL MVP awards. That also just so happens to be the drunkest part of Favre's career. In 1996, he came out and admitted that he had an addiction to booze and prescription drugs. Then, the week before the 1997 Super Bowl, the admitted substance abuser was spotted partying on Bourbon Street. And before the actual game he was seen vomiting on the sidelines. But Favre was obviously a highly functional drunk, so he still led the Packers to a Super Bowl victory. 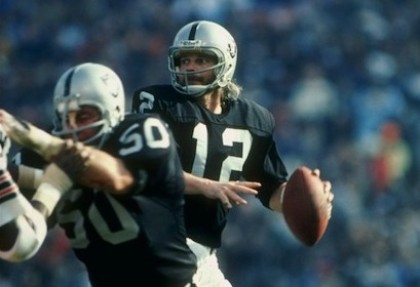 Ken "Snake" Stabler quarterbacked the Raiders to a Super Bowl Championship in 1977. But more importantly, he was the ringleader of the "Santa Rosa Five"—a group of Raiders players renowned for hard-living. The Santa Rose Five lived together in a two-room suit at a motel in (obviously) Santa Rosa. There they have three refrigerators lined up next to each other: one was for snacks, the other two for beer. As you would expect, in his autobiography (entitled simply Snake), Stabler says he played hungover or half-drunk all the time. 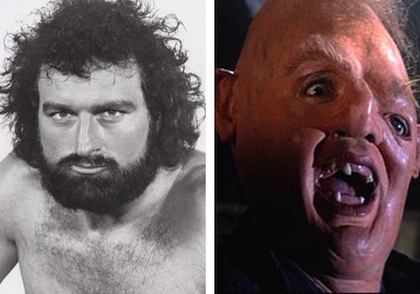 John Matuszak, or Tooz as his friends called him, joined the Raiders in 1976 after "not fitting in" on (i.e., being too drunk for) other teams around the NFL. When the Raiders made the Super Bowl in 1981, which was being held in New Orleans, the league warned the Raiders to make sure their reputedly wild players on a short leash. Surprisingly, the veteran Tooz, often ringleader of the Raiders' debauchery, reportedly said: “I’m going to see that there’s no funny business. I’ve had enough parties for 20 people’s lifetimes. I’ve grown up. I’ll keep our young fellows out of trouble. If any players want to stray, they gotta go through Ol’ Tooz.”

Of course, at 3AM on the morning of the Super Bowl, there was Matuszak at a blues club in the French Quarter, shirtless and three sheets to the wind. Today he would have been suspended immediately and the whole country would be outraged. In 1981, they just gave the brute a cup of coffee, stuck him in the game, and won the damn Super Bowl.

Oh, did I mention Tooz posed nude for Playgirl magazine in 1982 and played Sloth in The Goonies? Seriously. 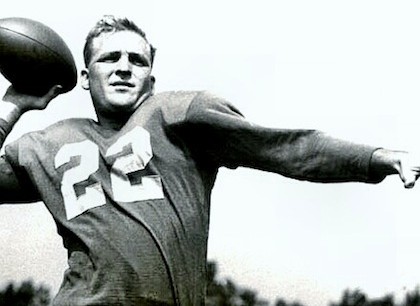 Today Bobby Layne would be called "troubled," but in the 1950s he was called a "champion." The Hall of Fame quarterback led the Detroit Lions to back-to-back NFL championships in 1952 and 1953, and he did it all while getting wasted practically every night and sneaking booze during halftime. Of course, Layne would later come to regret his hard-living, as the guy died just days before his 59th birthday. 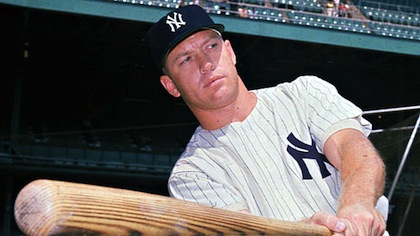 While most drunks have a hard time just pouring their next drink, Mickey Mantle somehow managed to hit baseballs going 90 mph over a fence 350 feet away. In fact, he did it 536 times. Though I guess he wasn't always drunk. Sometimes he was just hungover. Unfortunately, in the end Mickey's drinking wasn't too funny. His family pretty much hated him because he was an angry drunk. His son Billy died of heart disease in 1994 at the age of 36, thanks to his own substance abuse. Then Mickey himself died in 1995 at the age of 63, when his liver finally gave out. 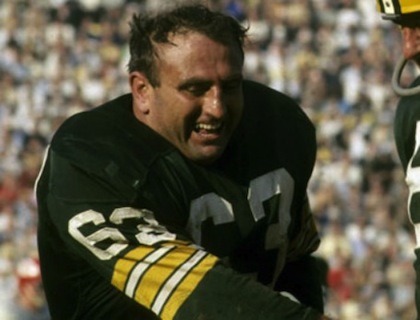 Of all the drunk athletes on this list, the Green Bay Packers' Fuzzy Thurston probably has the best excuse. When a reporter asked Thurston how he stayed warm during the famous "Ice Bowl" NFL Championship game in 1967, Thurston famously replied that he drank "about ten vodkas." And hey, why not? That's how the Russians do it. 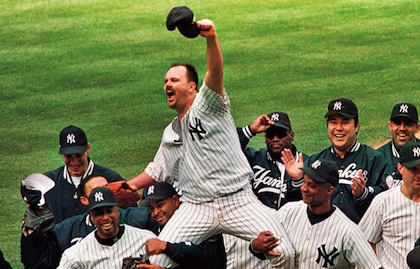 Coming in at #2 is one of the last great drunken athletes. In fact, David Wells got so good at overcoming his bad eating, drinking, and smoking habits throughout his career that he even managed to pitch a perfect game the day after getting so completely obliterated that he was still half-drunk when he took the mound.

When you do something that has only been 18 times since 1900 and 20 times ever in the history of Major League Baseball, and you do it reeking of booze, it's easy to see how you could be misled into believing you don't really have a drinking problem. 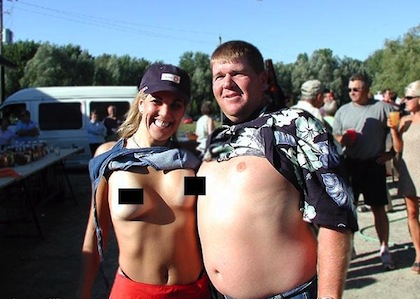 You know why everyone loves John Daly? Because all his drinking, smoking, cursing, farting, and crazy-pants-wearing is basically a giant middle finger to the stuffy old rich golf establishment. The man is a populist, the real life Happy Gilmore. He realized and actually admitted that, if you're not drunk, golf is pretty damn boring. So he tried his best to play drunk.