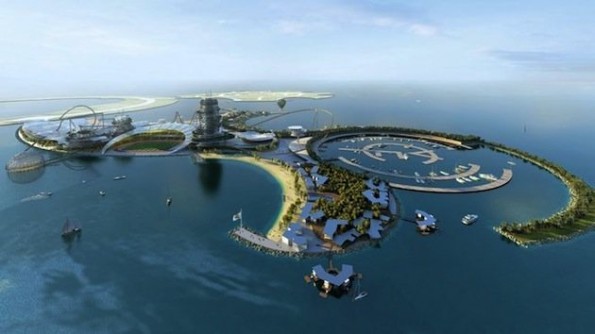 It appears as though winning trophies and selling out stadiums is no longer enough to please the owners of the world’s most prestigious soccer clubs.  Now some of them will settle for nothing less than world domination…

…Or at least domination over their very own island.

Real Madrid owner Florentino Perez appears to be on the verge of obtaining just that, as the club unveiled their plans for a Real Madrid Resort Island that is set to open in January 2015.  The holiday resort, which will be situated on an artificial island in the United Arab Emirates, will feature several sports facilities, a marina with a yacht club, luxury hotels and villas, an amusement park, a club museum, and a 100,000 seat stadium that has an opening on one side which overlooks the sea.

Barcelona may have Lionel Messi, but they certainly don’t have a 4.6-million square foot masterpiece like this.  You can check out all the details and images in the video below (you may want to fast forward to the 0:55 mark).