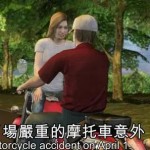 By now you have probably heard all about Bobby Petrino’s motorcycle accident on April 1st, which forced him to uncover his secret affair with 25-year-old former Razorbacks volleyball player Jessica Dorrell, and eventually led to his firing as the head coach of the Arkansas football team.  What you probably haven’t seen or heard, however, was an explanation of this entire episode through the use of Taiwanese animation.

Thanks to some help from the people at NMA World, we are here to fill that void as we provide you with the following Taiwanese animated news story regarding Petrino’s accident, his affair, and his eventual dismissal from the Arkansas football program.