21 Hottest Women To Throw Out A Ceremonial First Pitch

The 2012 MLB season is a little over a week old, but today the last 8 teams finally get to celebrate their home openers. And since their fans had to wait this long, chances are those 8 teams are going to pull out all the stops. That means fireworks, parades, give-aways, statue unveilings, video montages, special performances of the national anthem, and—if the fans are really lucky—hot chicks throwing out ceremonial first pitches.

Yes, having hot women throw the ceremonial first pitch is a time-honored baseball tradition. It’s right up there with Cracker Jacks, crotch-adjusting, and performance enhancing drugs. So today, in honor the last round of home openers, we bring you a list of the 21 hottest women to throw out a ceremonial first pitch. 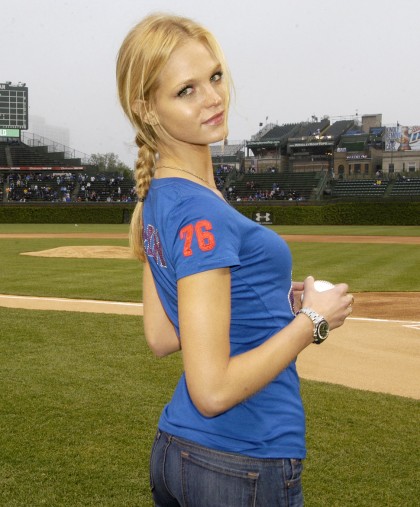 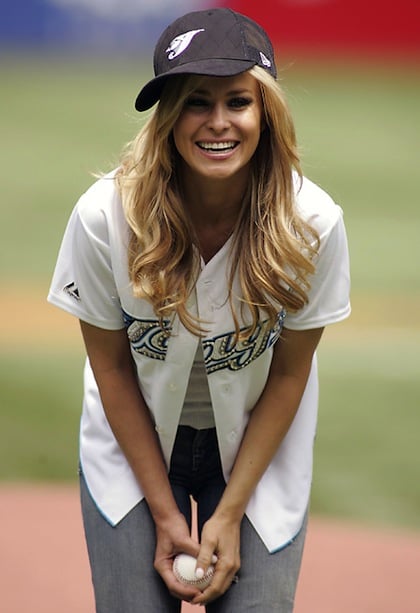 Not really sure why the Toronto Blue Jays had Ohio native Carmen Electra throw out a ceremonial first pitch. Actually, Carmen did used to date Prince, and Prince supposedly has a house in Toronto. So that must be the connection. 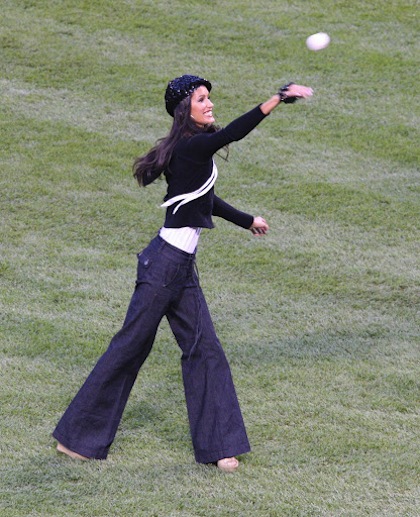 America's Next Top Model winner Jaslene Gonzalez was born in Puerto Rico and grew up in Chicago. So obviously the Baltimore Orioles had her throw out the ceremonial first pitch back in 2007. 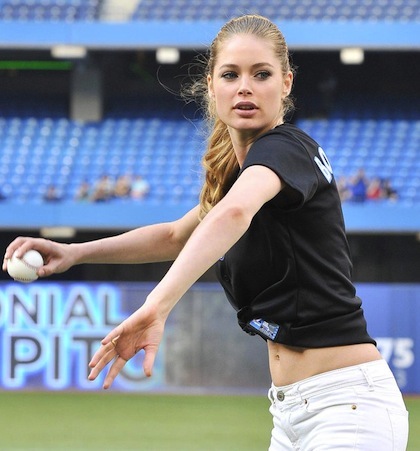 The Blue Jays did their fans a huge service by inviting Dutch Victoria's Secret Angel Doutzen Kroes to throw out the ceremonial first pitch a few years ago. 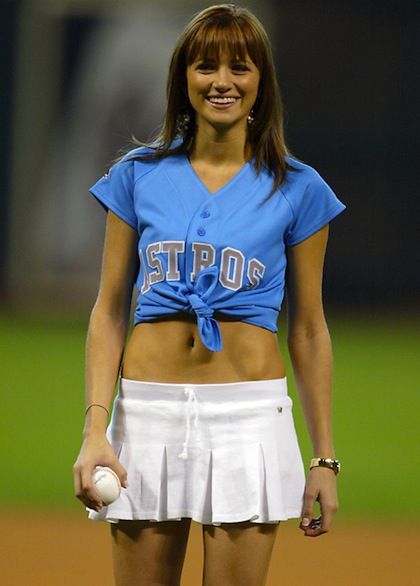 Former One Tree Hill actress Shantel VanSanten must be from Texas if she threw out the first pitch at an Astros game, right? (Wrong, she's from Minnesota.) 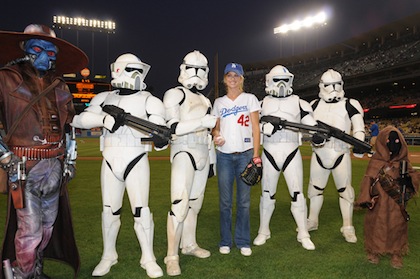 Despite being a little over the hill for a model (she's 49), Kathy Ireland is still looking pretty foxy. Bonus: Kathy gets the award for weirdest photo op. (What the hell was going on at Dodger Stadium that night?) 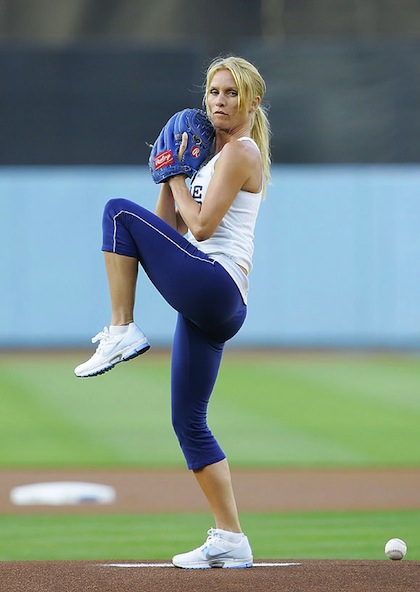 Coming in at #15 is 48-year-old Desperate Housewives star Nicollete Sheridan. As you can see, she gives cougars everywhere a good name. 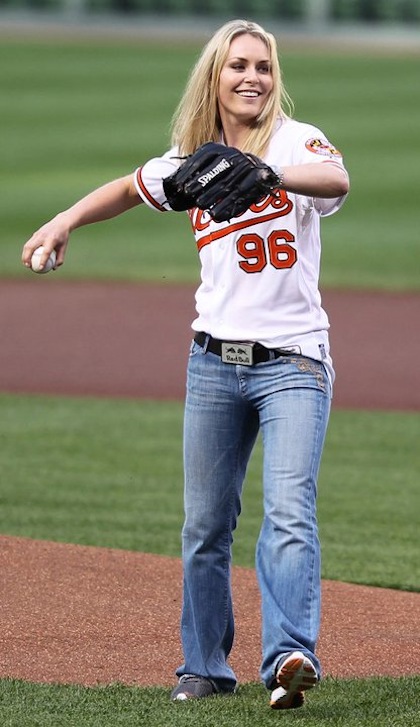 In addition to being a professional hot chick, Lindsey Vonn has somehow found the time to win 4 World Cup Championships and a Gold Medal in alpine skiing. Thus, a number of baseball teams have invited the St. Paul native to throw out the ceremonial first pitch, including the Dodgers, Cubs and, obviously, the Orioles. 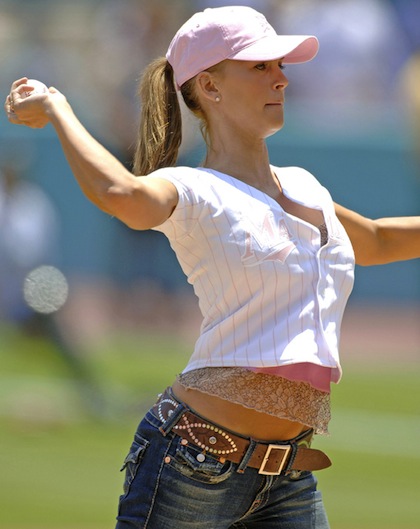 Did you know Natasha Henstridge is from Newfoundland? Obviously, they don't have a baseball team out there in Eastern Canada, so she had to settle for throwing out the first pitch at a Marlins game. 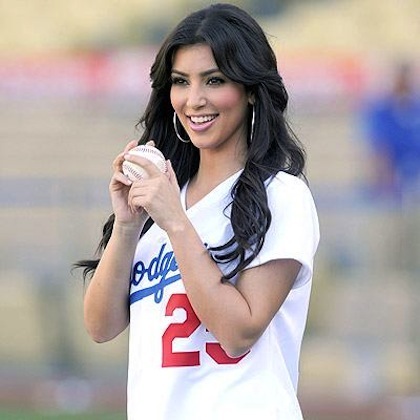 You can't tell from this photo, but Kim K threw out the first pitch wearing a pair of bright red high heals...just like Sandy Koufax used to do. 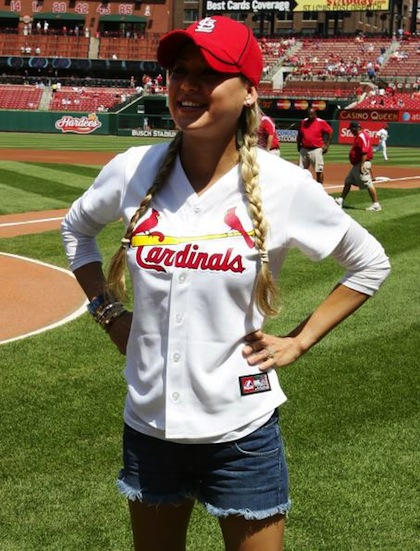 For some reason, the St. Louis Cardinals had Anna Kournikova—failed tennis player, successful model, and ex-girlfriend of Pavel Bure, Sergei Federov and Enrique Iglesias—throw out the first pitch at a game back in 2010. Hey, why not, right? 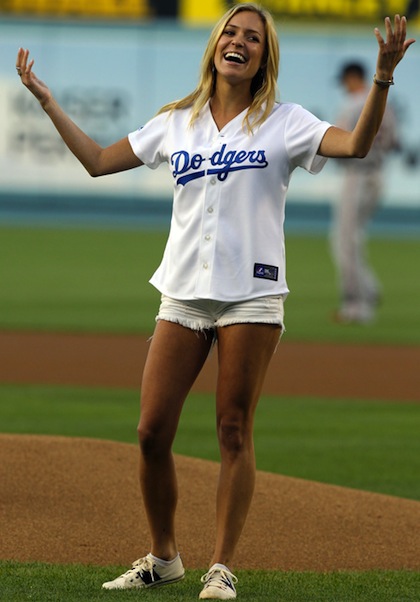 Kristin Cavalarri of MTV's The Hills comes in at #10. FYI, if you're a hot chick living in LA, eventually you will get to throw out the first pitch at a Dodgers game. 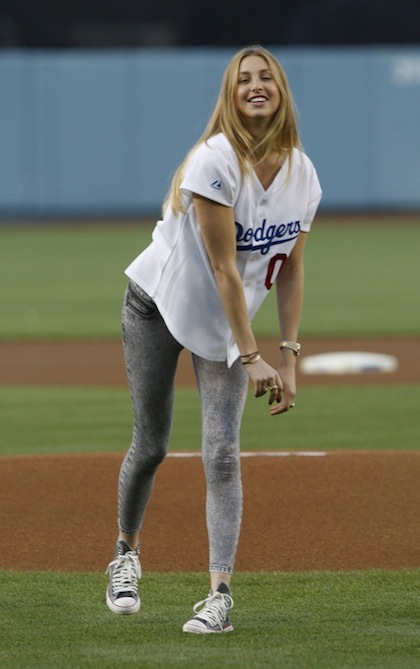 At #9 we have another hot MTV actress/fake reality TV star. 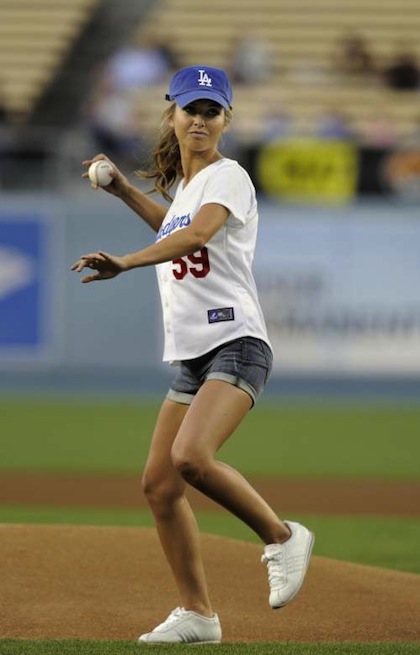 Another star of MTV's The Hills throwing out the first pitch at a Dodgers game? I'm beginning to notice a trend. 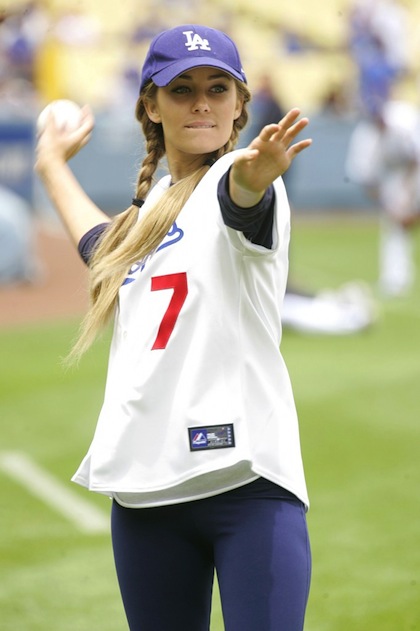 So apparently, everyone from MTV's faux reality show The Hills got to throw out the first pitch at a Dodgers game. Well, everyone except Heidi Montag. 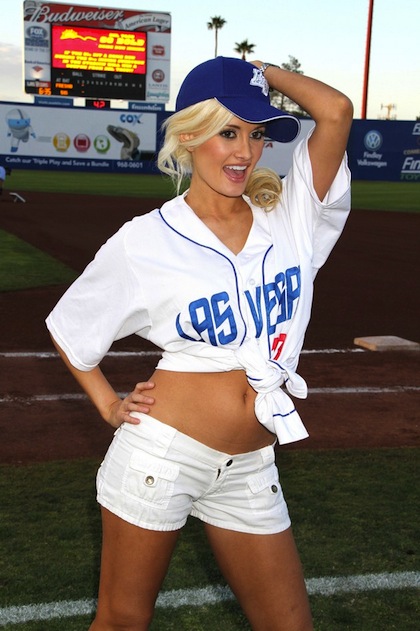 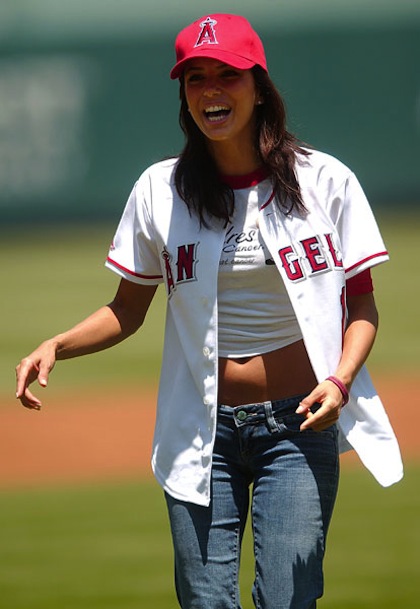 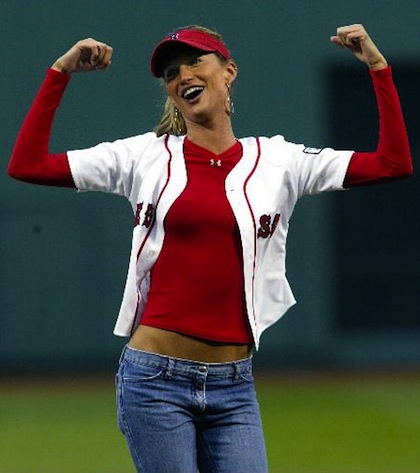 Gisele is already married to one of Boston's greatest sports heroes. Now she's set to become the sister-in-law of Red Sox third baseman Kevin Youkilis, who's engaged to Tom Brady's sister. That pretty much makes this Brazilian supermodel an official Bostonian. 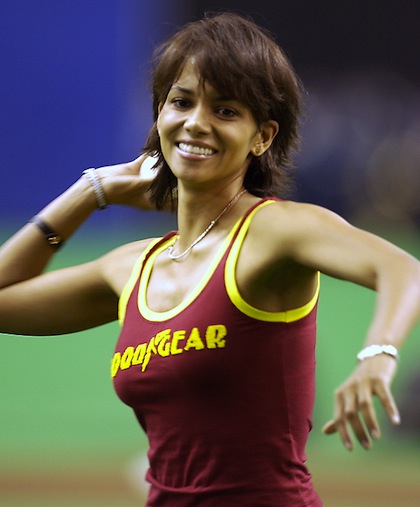 Halle Berry may be super hot, but she's bad luck for baseball teams. The Expos had her throw out the first pitch at a game in 2003. The next year, they moved to Washington, DC. Coincidence? 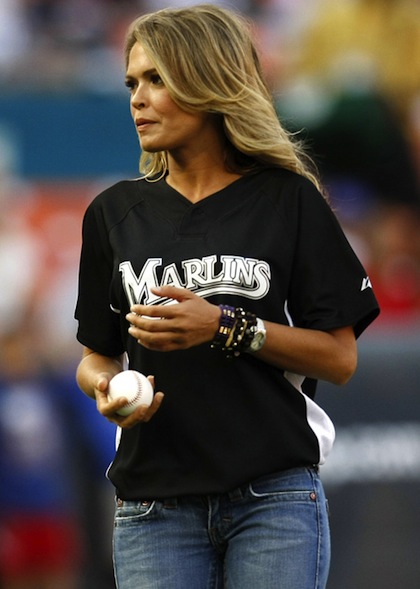 Paraguayan-American model Cindy Taylor threw out the first pitch at a Marlins game a couple years back. Sadly, there were probably only 3,400 fans there to see it. 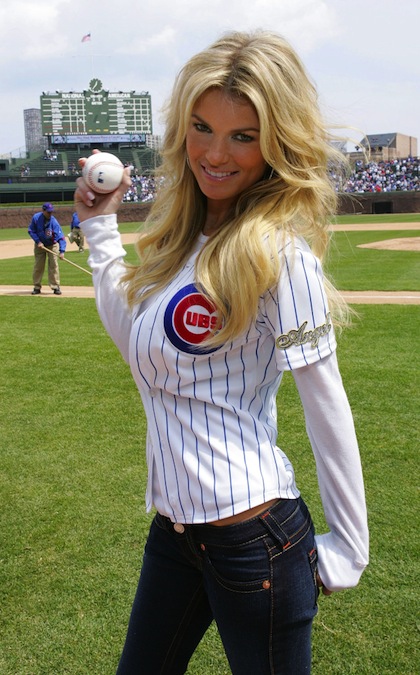 Victoria's Secret Angel and Sports Illustrated Swimsuit covergirl Marisa Miller threw out the first pitch at Wrigley a few years back. I guess the Cubs management figured, if the team is going to stink year after year, they at least have to throw the poor fans a bone every once in a while.