The Rally Squirrel Is On The St. Louis Cardinals’ World Series Rings 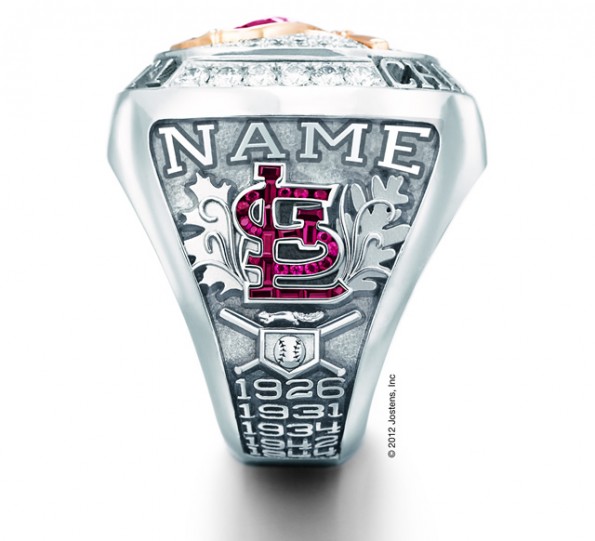 Last year we were introduced to the St. Louis Cardinals’ “Rally Squirrel” during Game 3 of the NLDS.  The Cards would go on to win that series against the Philadelphia Phillies, and a few weeks later they would claim the franchise’s 11th World Series title by beating the Texas Rangers in seven games.

The Rally Squirrel was a big part of their journey to the top, and he was honored for his role in the Cardinals’ run by being placed on their World Series rings, which were distributed to the team prior to Saturday’s home game against the Chicago Cubs.  The squirrel can be seen on the side of the ring, running on top of a base that features the player’s number within it.  The ring also features a list of all the Cardinals’ championship seasons on the bottom, as well as a list of the teams that they beat during their playoff run.

Here is a look at the Cards’ 2011 Championship ring.